What a Great Week!!

Today was the day we said goodbye to the last of our friends. Our Cowtown Gathering has come to an end as the last of us brought in the slides, and lifted the jacks and headed off, each in our own direction. The Hall’s had the shortest move as they are just 3 or 4 miles from their Fort Worth base and will be staying here to celebrate Christmas with their family. 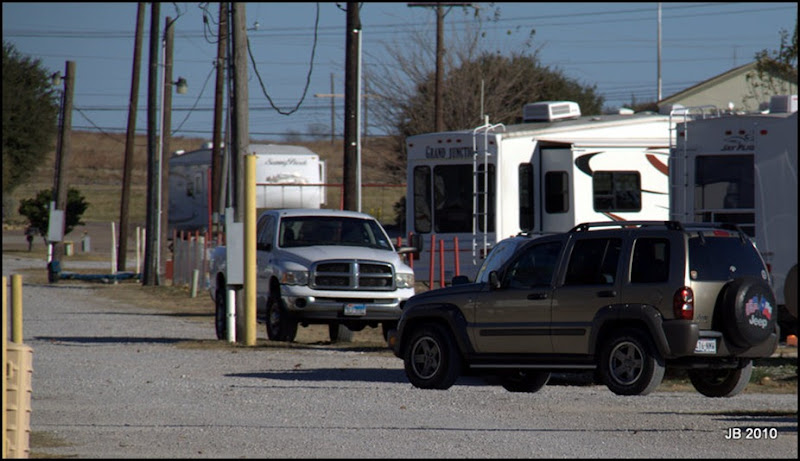 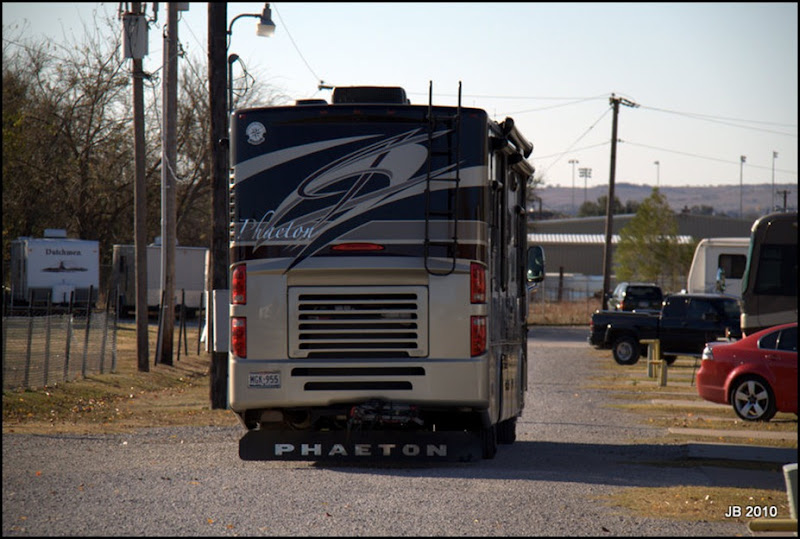 Although the pictures look like they are each off in their own direction I am sure it was only a few minutes until they met up at their parking spot.

Next to go were Rod and Deb and they are headed south towards San Antonio to visit their son and DIL. 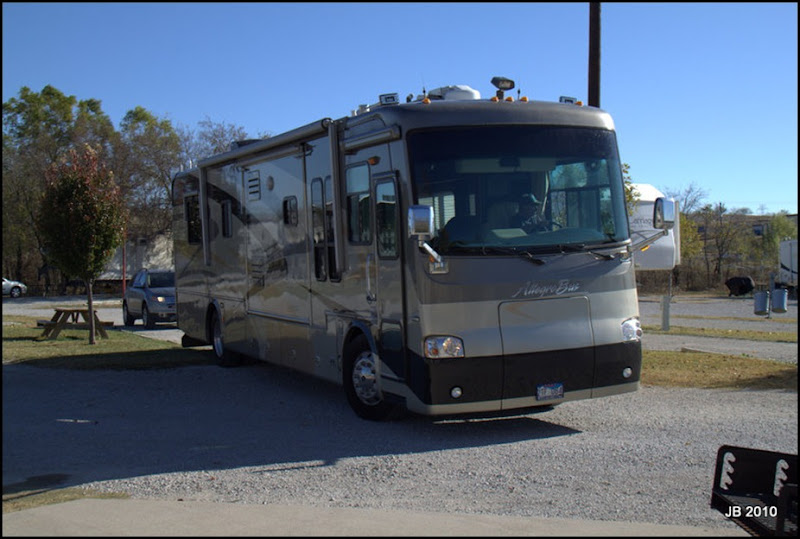 was us. We were just heading to a repair shop to get our slide topper replaced. It had ripped somewhere along the way and was getting pretty ratty looking. We had it looked at last week at Blue Moon RV on our way over to Cowtown and they had to order it in. We confirmed that it was on the the UPS truck and then we tucked in our slides and hit the road. Our route today led us right through downtown Fort Worth and up the George Bush Turnpike to the repair place. Traffic was OK but if anyone is heading to Alaska and concerned about the roads, here is a little tip, I have been to Alaska twice and never saw any frost heaves on the Alaska Highway that were worse than the heaves on the Turnpike here.

Once we got to the shop the guys pulled the old topper off and just as they were finishing the UPS truck arrived with the new one and within a half hour or so they had it on and after paying the man we headed on our way to McKinney.

Sound familiar eh! We had some blinds installed a couple of weeks ago here and they needed a little adjustment and as we were in the neighbourhood we thought we would let the experts do it for us. The crew here are wonderful people and make it a pleasure to stop by. Took Charlie and Brandon about 2 minutes to fix everything up for us but we have a nice spot here in their lot and will spend the night and hit the road first thing in the morning. We are heading east to start with and into Louisiana tomorrow.