Alle has moved on down the road. Yesterday she passed her car seat test and was given clearance to move on down the road to Rocky Mountain House. I guess when you are a preemie, and as is quite usual, have breathing issues they make you sit in your car seat for 90 minutes while they monitor your breathing and pulse rate just to make sure you are OK to travel. Now a time or two in my life I have been on car rides with folks where if I was being monitored they most certainly would not have given me clearance to travel again. But I am positive it was the driver and nothing to do with my heart. And just for the record I am NOT mentioning any names, nope, not ever! 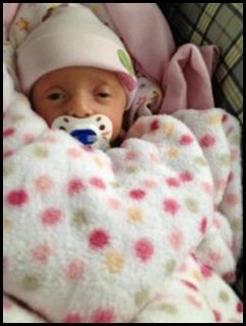 She is bundled up for the trip home, not sure where her folks are taking her but it has been pretty nice around here. Our day time temps are in the 60’s sometimes even low 70’s and it doesn’t drop below freezing to many nights a week. All in all pretty nice spring weather. Below is a picture of Miss Ella and her little sister Alle Kitten a day or two before they left the hospital. 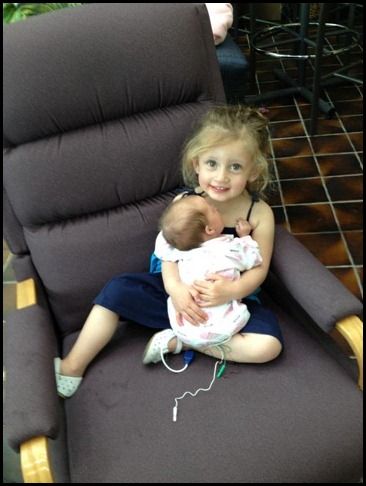 And here is a bunch I have taken over the last day or two.

And here she is lounging around at home today. 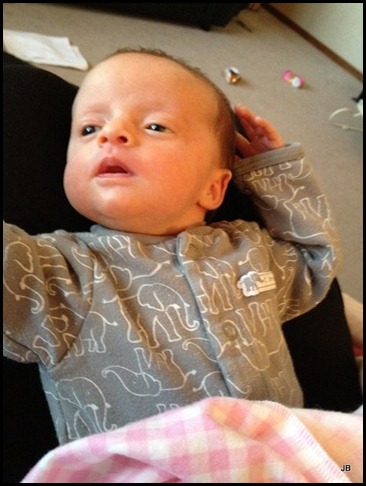 Now I have probably overdone the baby pictures but I guess it is my blog and I can tell it like I want to but although it is hard to believe we do do other stuff here down the road from Dogpound. Over the last week I have been doing my homework with Blue and introducing Oscar, Claire’s pony, to some of the things I hope I learned at Terri McKinney’s clinic 10 days or so ago. I have also spent a lot of time just setting in the sun and enjoying being part of the herd and here are some pictures of all the ponies we leave at home in the winter.

The two dark geldings are Razz and Coal, the dun with the high withers (swayback) is Hank, the paint is Oscar, my grandddaughter Claire’s pony while the dark pony with the blond mane belongs to our other granddaughter Madison, Smokey is the gray on the right and in the back behind Smokey is Rosie, my gelding Blue’s dam. Brenda used to ride Rosie regularly but she has developed a little arthritis so is relegated to a pretty easy life getting ridden just around Dogpound North on short rides. Hank has a sore shoulder and comes up lame if he is used hard so he to is a pasture ornament here.

Yesterday while Alle was working on her car seat test Brenda and I decided to run up to a friend of ours Old WR and his new wife Tracey to check out this years crop of foals. Wayne as well as being a good friend is where we bought Rosie and he owned the stud that was Blue’s sire. He always has some great cow horses around and this year was no exception. Brenda would have brought these two home with us if we had brought the trailer I think. 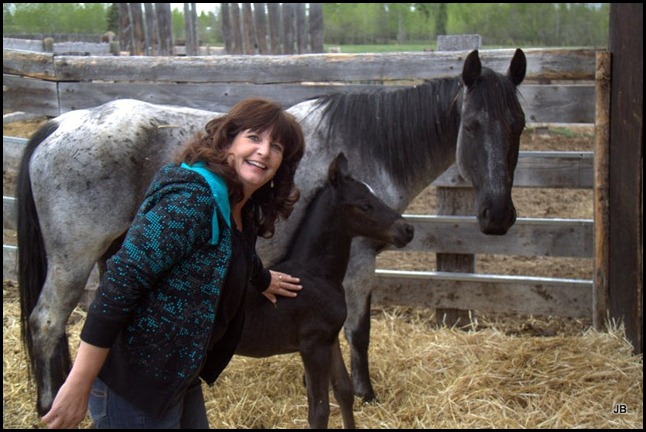 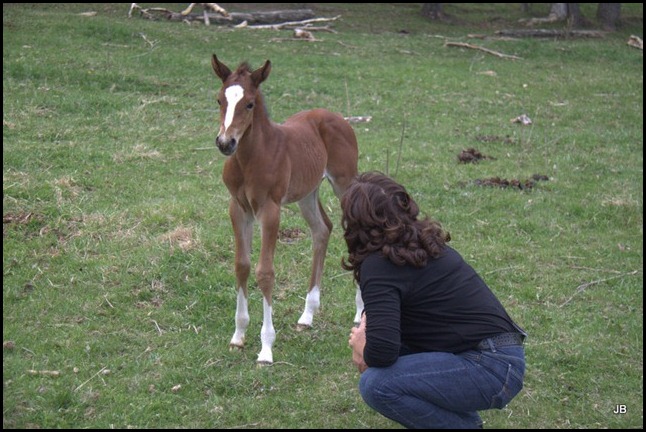 And the little filly in the bottom picture may make it yet.

My father who I wrote about a month or so ago belonged to an organisation here called the Canadian Association of Petroleum Landmen. Earlier this week I was invited to their monthly meeting to hear the tribute in his honour. He joined that group back in 1952, coincidentally the year I was born, and was an active member right up to his passing last month. He served as the President of the organisation way back in 1957 and won the Herb Hughes award, an award that is given to a member of the organization that demonstrates outstanding professional stature, community involvement, industry leadership and personal conduct, back in 1982.

Dad’s good friend, Jack Irwin, along with Larry Buzan, told a few stories about his adventures in the land business and pointed out to the crowd that my father was a member of the geological field crew that pointed out the high horizon that was later found to indicate the Leduc discovery well, the well that really brought Canada into the oil business.

I won’t rehash all the stories here, they are more campfire fare, although many of them are pretty entertaining, but one thing that my father did that made him memorable in the CAPL crowd was open every meeting, and Annual Convention with the Canadian National Anthem, and the Star Spangled Banner when they had notable American associates in the crowd. He began that tradition in 1962 and one member remarked in a book that he had negotiated a no-cut contract as he continued to sing at the opening of every meeting until just recently.

At this meeting the national anthem was sung as usual, the flags were there, the mic was ready, but the singer was only there in spirit. The membership sang their hearts out. Dad would have been proud of them. Needless to say an emotional moment for me. 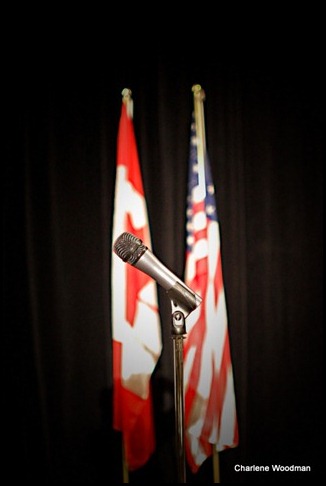 Time is Flying By!

Holy smokes it has been a while since I last fired up the old Live Writer program. Thought I better get at it before Microsoft shuts down Live Writer and I disappear into the ozone. Well it might not happen that quickly as Rick over there in Cowichan Bay tells us it might be a while and with these computers who knows how long a while might be.

When I last wrote Lacey and Alle Kitten were up in Edmonton in the Royal Alexandria hospital but since then they have moved a 120 miles closer to home and are in the Red Deer Regional Hospital. She is growing like a bad weed now and is up to 5 1/2 pounds. And is eating full bottles as of the last four feedings. Till now she has been only drinking part of a bottle and they have had to feed the rest of her quota to her through a feeding tube. Maybe now she has gotten enough strength together to consume the whole meal now. 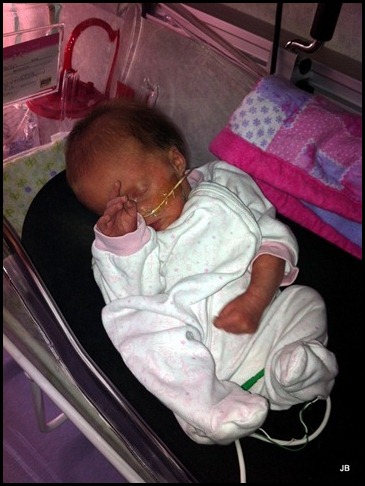 It is not only closer for Clayton and Ella to go visit now it is a lot closer for Grandma and I and we have been by a few times in the last couple of weeks. Lacey is staying at the Ronald McDonald House just across from the hospital. I guess I knew these places were around somewhere but never realized what a great place they are. The one in Red Deer is brand new and can house 11 families whose children are seriously ill and have no place close to stay. Each family has their own room, Lacey’s has two queen sized beds, and there are playrooms, reading rooms, and a central kitchen facility. Each family has a shelf in the fridge and a dry goods storage area to keep their own foodstuffs, and a few nights a week a group of volunteers come by and cook up some pretty scrumptious meals Lacey tells me. I noticed that there is no shortage of baking there for folks to munch on between meals. Each family has some chores to help keep the place neat and tidy and are responsible for a through cleaning of their private quarters when they leave. All in all a wonderful place and it sure gave me another perspective on the McDonalds corporation. 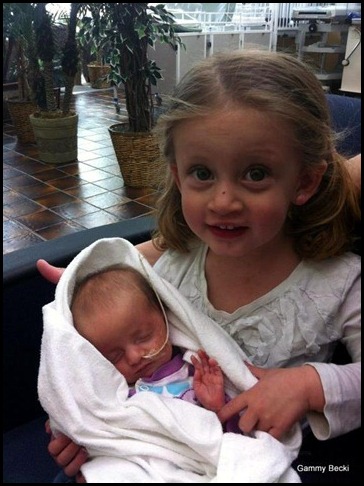 Other than visiting with Alle and Lacey we have been not doing much here but last weekend did head up to Kingman, Alberta to attend a clinic with Terry McKinney of the Wild Deuce Retreats and Outfitting organisation. Terri was showing us a few things she has observed over the years and we spent two days working with our horses in the round pen. Blue and I have a funny relationship where at times he thinks he is in charge. It became apparent the first day that he allows me a lot of latitude that he is not willing to extend to other mere mortals. He has a pretty dominant personality and appears to consider me as his equal, sometimes, but is not so considerate of other folks. That is changing. He was in the remedial class for much of the weekend and certainly gave us a look at a different kind of horse than some of the other better behaved and trained horses that were there. I left the weekend with a lot of homework to do and we have begun that here down the road from Dogpound. 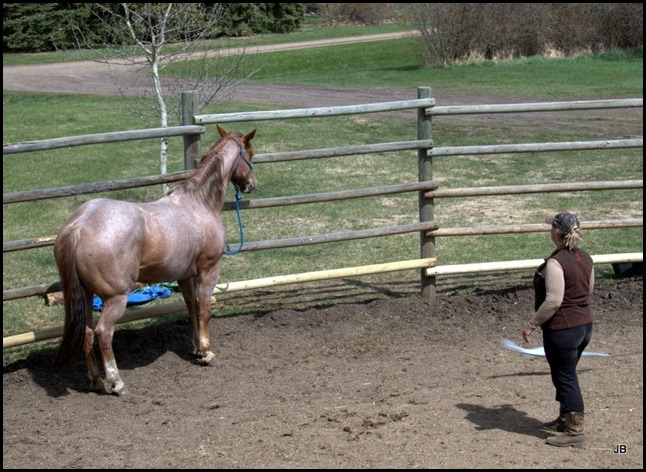 Here Terri is initiating a chat with Blue.

I would be remiss if I didn’t bring you up to date on Meg’s progress also. She had a couple of weeks of bed rest and we are just now starting to let her move around herself although we still try to limit her to less athletic activities but those who know Meg know that is not an easy sell. Up at Kingman this weekend she was giving a clinic of her own to the McKinney’s border collies on the finer points of teaching humans to throw sticks, grass or almost anything she can bring to you. As you can see in the shot below she had an attentive audience. 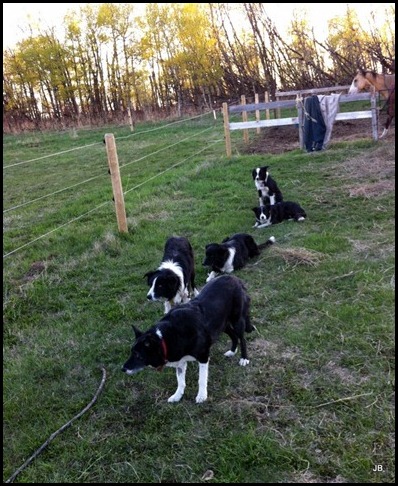 We had hoped to get out to the Yaha Tinda for a few days of riding over the upcoming weekend but it looks like that will have to wait for a little while, but that will give us time to get some things done around Dogpound North like dragging the pastures and doing that homework that Blue and I have.

Here is a picture of Ella and her friend Laine at his birthday party last weekend. 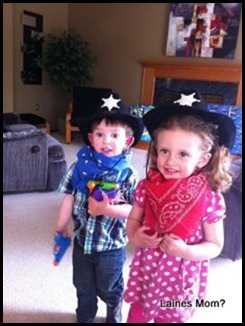