Yep, it is November and we have flown the coop and left winter behind at Dogpound North. Last week I loaded Blue and Wink and pointed the truck south. We had found a weather window that gave us a good shot at getting down to Dogpound South (DPS) without hitting to much weather along the way. Late season trips to the south place mean your travel plans need to be flexible and as we slid across Montana we started hearing reports of an incoming storm in Southern Idaho, mostly high winds but some snow and that led us to change our first overnight stop from Dillon, Montana to down near Idaho Fall, Idaho. And to ensure that we beat the winds out of Idaho we made an early (2:30AM early) departure from Idaho Falls and headed for Utah. The early start got us out of Idaho and into Utah so that we were through the Salt Lake City rat race before most of those folks got out of bed. As we rolled south across Utah the roads were good, at least until we hit the junction of I-15 and I-70, at that point they went downhill in a hurry. Although the temps were up around 45F we came over a hill in the middle of a pack of transport trucks to find a State Trooper jumping up and down in the middle of the highway. Sure wish he had gone a mile or so farther north as that might have given us a chance of getting slowed down a little before we hit the packed snow and ice covered highway ahead. Now anyone who has driven the ice roads in the Arctic knows how much fun it is to be on solid ice when the temperature gets above freezing. Hard enough to stand up let alone skid our big LQ down the highway while trying to get down to a more reasonable speed as well as not cause any issues for the surrounding transport trucks. Eventually the truckers and I managed to slip our way between the ditches, which were full of four wheelers, and get our speed down to a still too fast 15-20 mph. The ice and snow only lasted for about 3 miles, but they were an exciting three miles.

We called it a day once we wound our way down the Virgin River gorge and through Mesquite towards Logandale. Logandale and the Clark County Fairgrounds have a great spot to stop with horses. Brand new box stalls, pens, and even a place to plug in the LQ for the night. Even with all the excitement we were all settled in by mid-day and probably could have made DPS if we had been so inclined, but the horses had two long days in the trailer and it was better to let them get out and move around a little and get an early start the next day. 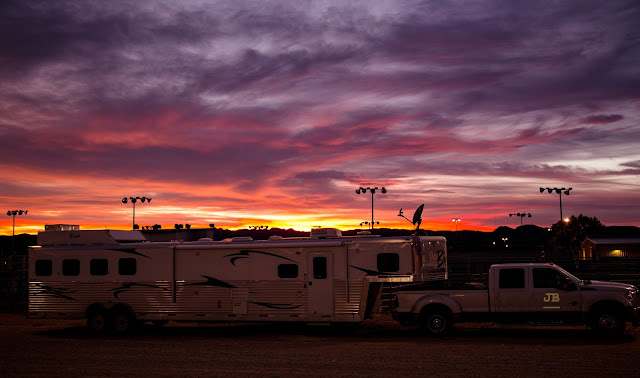 Day three we were up and on the road again early and through Las Vegas before rush hour and well into Arizona when the sun rose. One stop for fuel and it was all downhill in the Valley of the Sun. We were at DPS around noon and got unloaded and stretch our legs, all 18 of them. I never mentioned the dogs but they are great travelers and slept most of the way down.

Things here at DPS are pretty well setup so it was just a matter of hanging a water bucket on the rack and turning the tap and we are ready to go.

Thursday, Brenda was up early back in Canada and onto an airplane headed down to join us here at DPS. We gathered her up and stopped to pick up a few supplies on the way back out of the city. The last few days have been spent getting settled in here and restocking the larder.

We've spent the last few days getting settled in and trying to get Brenda not to do to much. When it comes to the former we have been relatively successful, but the latter has not been that great a success. She has raked and swept and cleaned both inside and out, so DPS is looking pretty nice.

And back at Dogpound North it is looking like "we are glad we beat it." 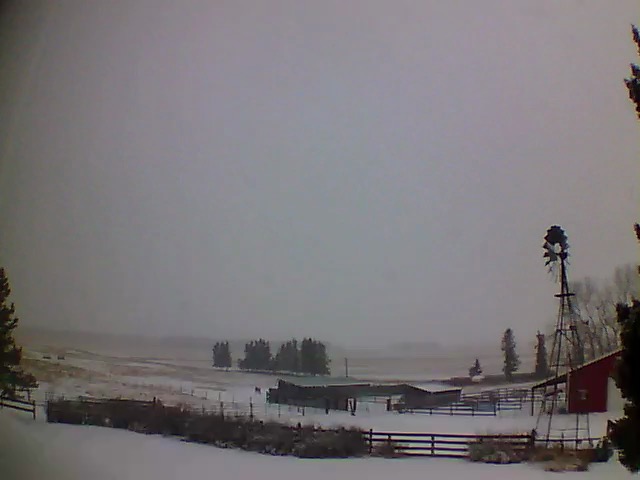