It has been a while since one of our local luminaries made an appearance on our blog. They are still out and about and although since we came home they have been leaving the yard patrols to Max and Maya I am sure they are watching closely how we maintain their winter home for them. While we are gone in the winter they roam pretty much all over the yard, and though we have never seen one up on the deck that might just be an oversight on our part. 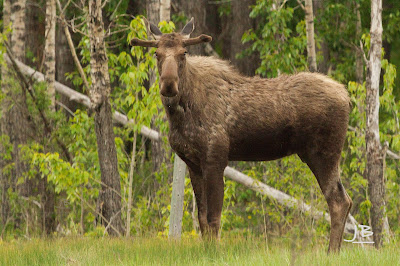 April and May were pretty spectacular months here at DPN, fine weather and not much moisture. Nice for hanging out but not so nice for our hay crop. We can use some rain.

I of course have managed to pry myself away from the farm and do a little picturing around the neighbourhood as well. The shot below was along the side of Highway 1A between Exshaw and Canmore. Although the moose are not hanging out right in the yard we do have some new residents in the barn. Each year we get a new crop of kittens but these aren't your cuddly little fur balls, they are highly bred rodent control specialists and brook no interference in their duties. They are wild as March hares and would probably scratch your eyes out if you caught one of them. That said they are pretty used to me being in and out of the barn and don't bug out everytime I open the door. 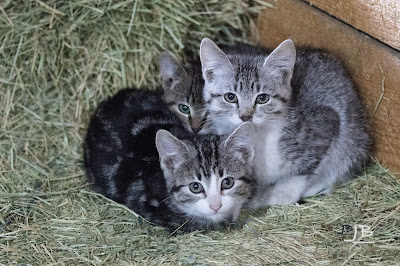 We have seen some of the kids this month and did sneak into Chestermere in mid-June for a visit with Bec and her kids, Kashton and Everly. I am trying to do a few more people type shots and this pair make pretty good models for my endeavours.

Towards the end of June our long hot, dry spell came to an end and we are still under a daily thunderstorm regime here at DPN,

That makes for some pretty cool storm clouds rolling over the hills here.

And of course every day we have a sunset and that gives me all the excuses I need to break out the camera. 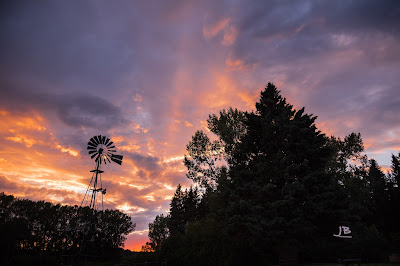 Well time for another journal entry, so I can keep them somewhat up to date, OK, I am only three months behind but time seems to fly and life is not that exciting. Case in point early in May I made a whirl through Banff and up to Lake Louise but the ice was still hanging around, but it was still packed with tourists.

Washing trucks here at DPN is a pretty exciting day I guess, worth a taking a picture of at least. 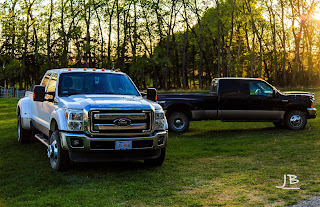 Mothers Day weekend my Mom and I took a run up to Ponoka to watch the Farming with Horses demo at Pohl's place near Ponoka. The weather was beautiful and the teams were working hard in the heat.

Early on Mothers Day morning the old people were dancing in the sky over DPN. It was without doubt the best display of the Aurora Borealis that I have seen since I worked in the Mackenzie Delta. 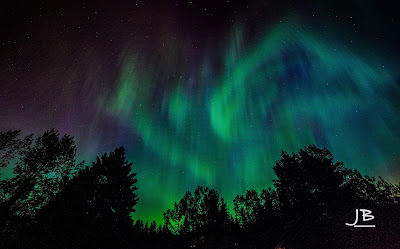 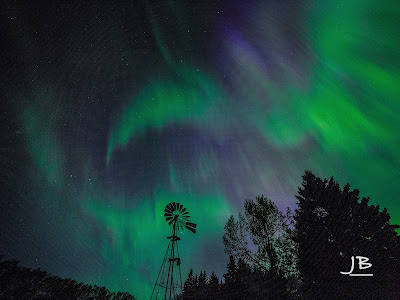 Not often do the lights get so intense or so far south, they were actually filling the sky, I must have taken well over a thousand shots and still haven't finished processing them and deciding which is the best but these two will have to do for examples.

That brings us to the Long Weekend in May, commonly called May 2-4 or just May Long. Blue and I packed up some supplies and headed west for a few days of riding.

After a great day or two the rains started and we ran for the flatlands and home. Everybody had already packed up and pulled out so the only rig left in the place was Blue and I, and seeing as how there were at least two grizzlies and a couple of cubs wandering around Blue said either I stay in the trailer or we blow this pop stand.

The rest of the month was filled up with visits from the kids and grandkids, Paul and Annika were out to pick up their rig for a camping weekend. 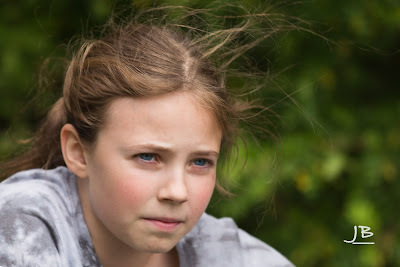 And then along came the Tomasirs, Rebecca was showing a house to some clients just down the road and the whole family came along so we had a visit with them. 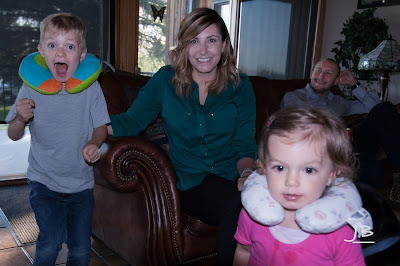 And then a few days later the Andersons were in the neighbourhood and spent a night with us. We didn't get to visit long as no sooner had we got the fire going and the marshmallows out to start cooking when we had a horse get tangled in some wire and I spent the rest of the evening and a good portion of the night with the vet stitching it up. I do truly believe that horses were put on this earth just so vet's would be able to pay off their student loans. 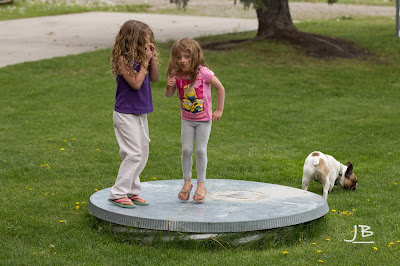 And of course on final sunset picture just to close off the month. 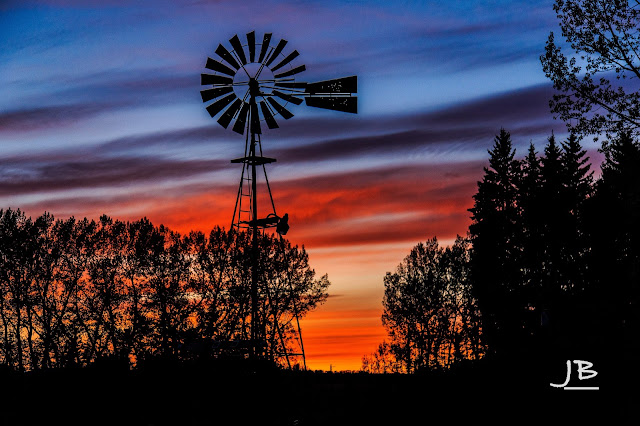