Thursday John and Gina treated us to lunch at one of their favourite spots the Crow and Gate Pub. This place is hidden away south of Nanaimo and has beautiful gardens surrounding it.

The food was great, the company even better and then it was back to their place to put up a little blackberry jam before we headed back over the Rockies.

As usual everyone had a job and as usual mine was the stressful supervisory position meaning I have to be ready to jump in at a moments notice to fill any of the other positions and of course that all important tasting position. Thanks again John & Gina for all that you shared with us this last few days.

Friday we got up in the morning thinking about going somewhere but just where was still up in the air until we popped over and had a peek at Rick and Paulettes journey from the day before. That made our mind up for us so it you want any more details than the few pictures below pop over to Rick’s Blog and he has done a great job of explaining our trip. Just start from the end and work your way up because we went about it in the opposite direction from them.

Thanks for the tip Rick, the trip was beautiful.

Saturday morning found us heading back across the Rockies. We were up early in the morning and rolling so we caught the 5:15AM ferry, it was a pretty empty boat and the crew took the opportunity to complete a bunch of their emergency drills. Most of them happened without us even noticing any thing but the man over board drill was a little more visible. They slammed that big boat to a halt in no time flat, dropped their launch in the water and tore off to rescue the MOB.

Once the drill was over and the ship was secured we were back on course, all with a little more confidence that if something happened our crew knew the routine. The rest of the 600 mile trip was completed without event and only a few stops along the way to stretch our legs and get fuel. The drive through the Canadian Rockies is a beautiful one so keeping your eyes on the road is a challenge sometimes but this is the only picture I took and we were stopped in Field, BC for it. 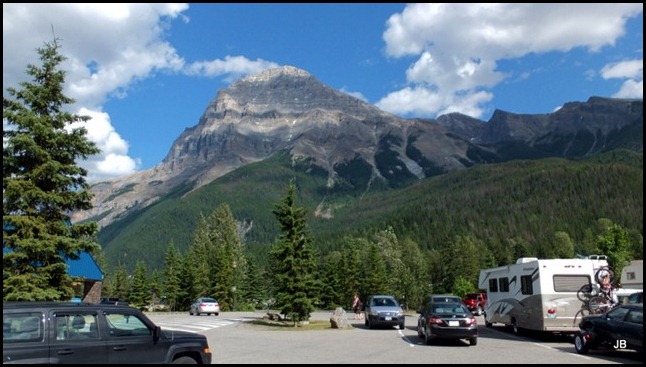 Sunday we took off early in the morning and made a dash through the mountains to the sea. We were heading towards our friends John & Gina’s place just south of Nanaimo on Vancouver Island. 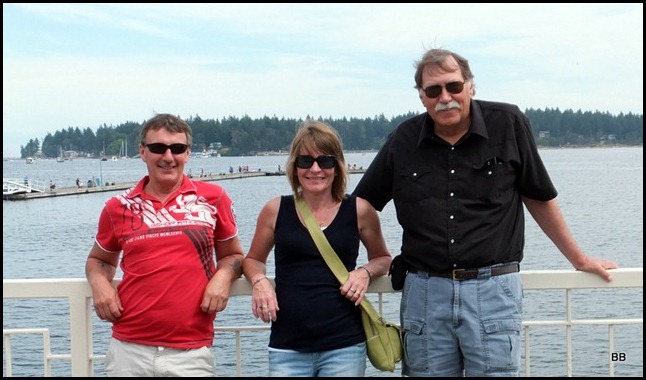 They have a picturesque place right on the banks of the Nanaimo River and run a small B&B there. I have waxed poetically about the beauty of their place, A Riverside B&B, many times in the past, so other than to mention as usual they have been working and upgrading non-stop since we left here last year and the place shows it, I will just share some pictures of our activities. Monday we were out to Coombs to visit the Market there and pick up some of their specialty breads then back to Parksville to meet my SIL Tricia and her sister and BIL the Wunders, who were all on their way to the west coast of the Island to enjoy a little surfing and beachcombing. We had a great visit and a nice lunch with them and then headed back to River Road for supper.

Yesterday was a wander the waterfront day in Nanamio where the picture above was taken as well as all those below. It is a beautiful spot and not yet a madhouse of cruise ships and the such although that is probably in its future.

As you can see from the one of Brenda with her hands full of plums we have been availing ourselves of the abundant wild fruit that is just there for the picking here on the Island.

Yesterday we had a date with a cherry tree we had stumbled on on one of our drives around the district. Brenda wanted some fresh cherries so we headed over there after a great breakfast that Gina fed us and harvested a couple of buckets of cherries. 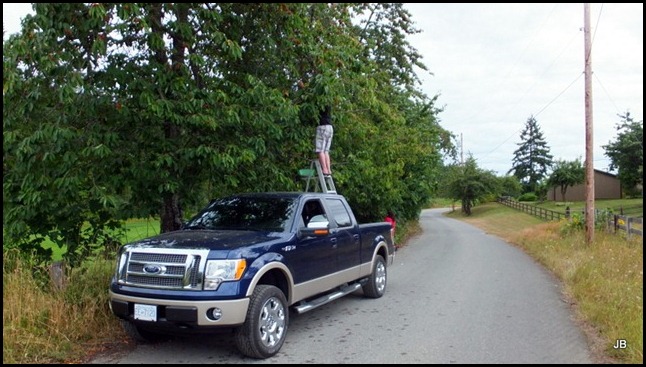 And brought them back to John & Gina’s where the girls were busy turning them into Cherry Pies. 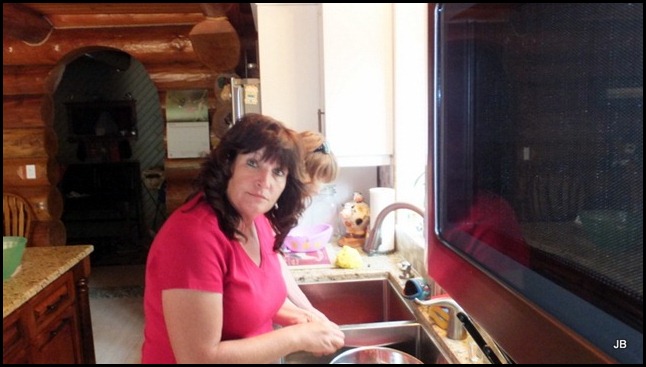 I’d have a picture of the finished product below but it was eaten to fast to catch on camera.

We haven’t been here enough this year, what with all the things that have been going on around Dogpound North this year it has been difficult to get in gear and get gone west. Monday morning we hooked up and just left.

Can’t imagine why we haven’t been here more this summer than we have but we had a great two nights and three days enjoying the peace and quiet. No cell or internet service and it is 50 miles back to the nearest traffic light. The Yaha Tinda is a ranch that is actually owned by the federal government and Parks Canada. They use it as a place to winter and train all the horses that work in our Mountain National Parks by the back country rangers. They have a campground on the ranch along Bighorn Creek that is used extensively by horse folk from all over Western Canada. It is also the place that Brenda and I got married just a few days less than 11 years ago so it has an especially special spot in our hearts. 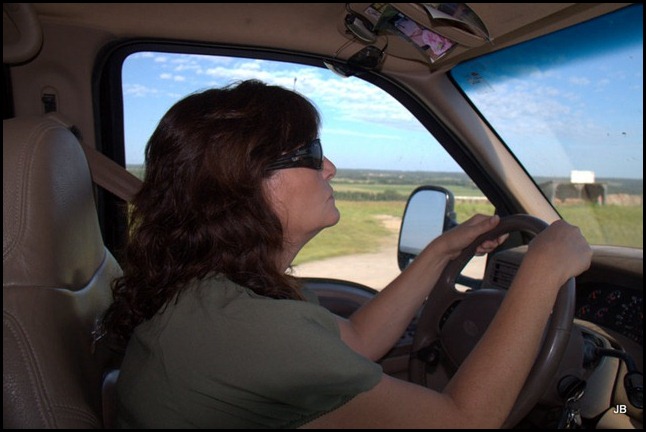 Brenda took her first whirl at wheeling the LQ out west on Monday and did a pretty good job too, although she gets a little nervous when I close my eyes on the hills. Here are some of our fellow visitors on the road to the Yaha. 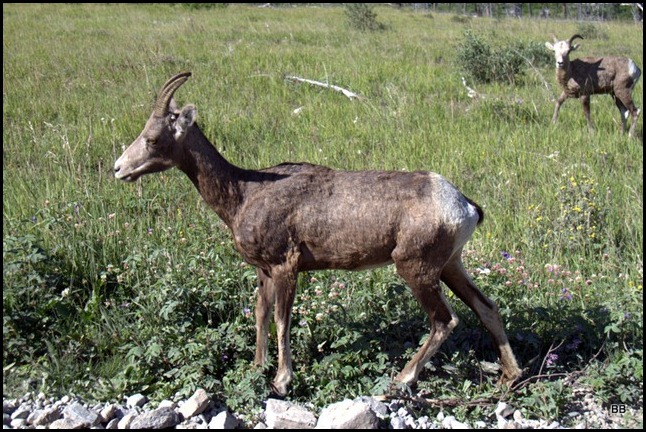 And a shot of our site, once we were set up. 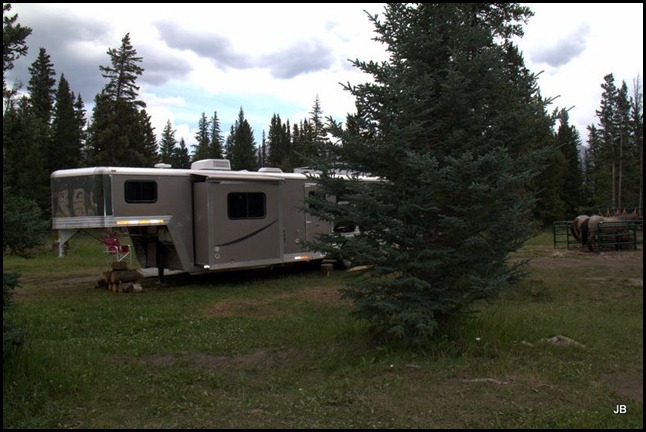 Spring is a little late here on the Northern Ranges and it has been a wet year so the flowers were in full bloom which is a little surprising this late in the year. 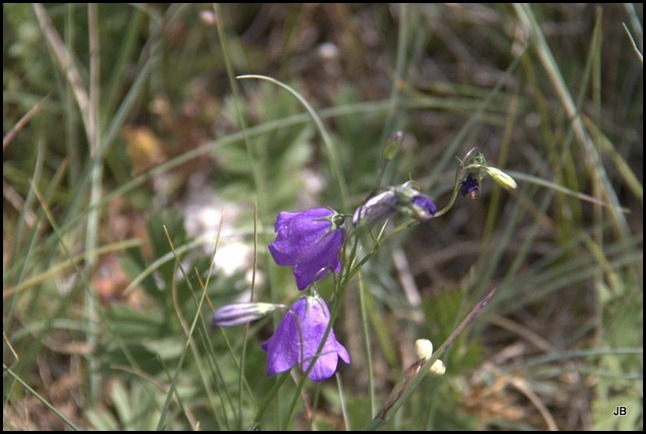 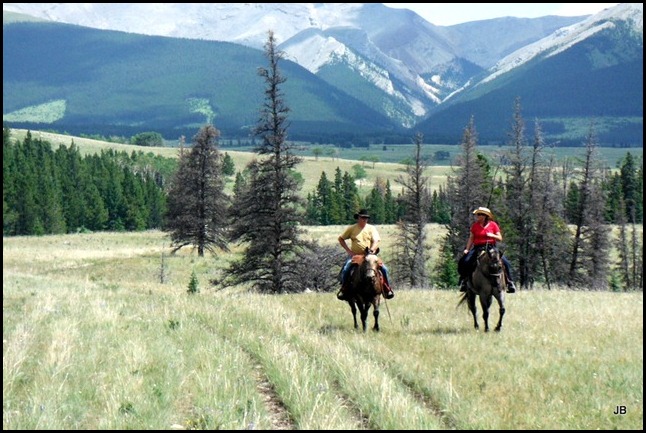 we still had time to set a spell by the river and enjoy some of Brenda’s great food. 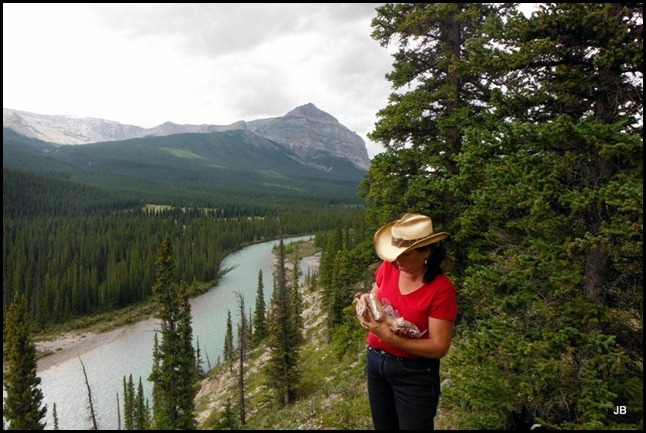 This morning our neighbour in camp had a look at Blue’s shoe and a few minutes later he had it pulled off and reset as good as new. 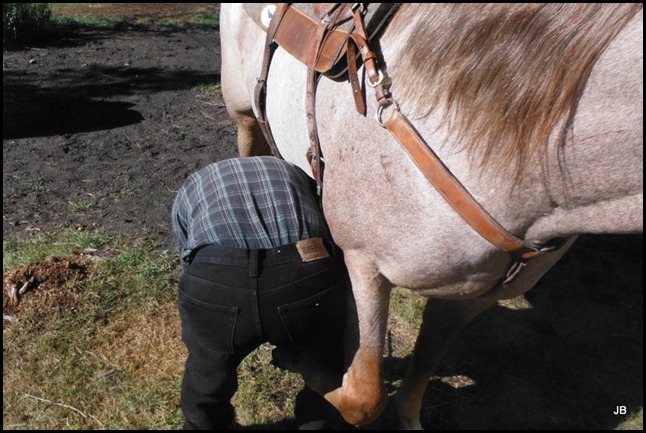 Bob Woelk and his daughter Stacey were spending a few days out at the Yaha before they headed off to an endurance event north of here in Hinton on Friday, so they rode with us today after Bob got that shoe all fixed up.  I am thinking that their Arab endurance racers never had such a relaxing ride through the hills before but after we got back to camp they were heading out on another ride and I am sure the pace will be a lot quicker on that one. Thanks again Bob and good luck in that endurance race. 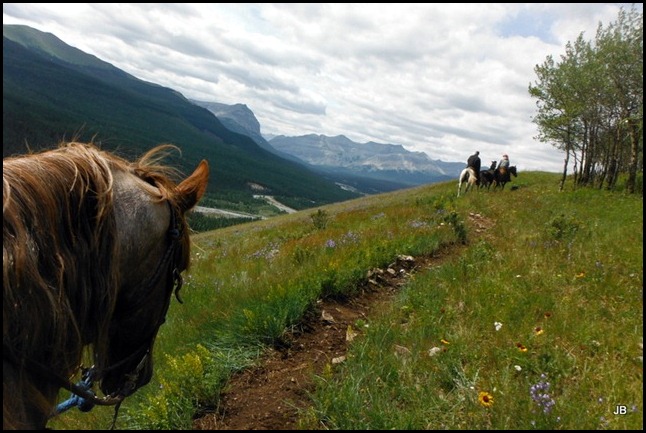 That’s Bob and Stacey up in front of Blue and I, notice all the flowers here on the ridge. The picture below is from one of my favourite lunch spots along this particular trail. Good place to set a spell and watch the world go by.

And below is Brenda with Eagle Pass in the background, 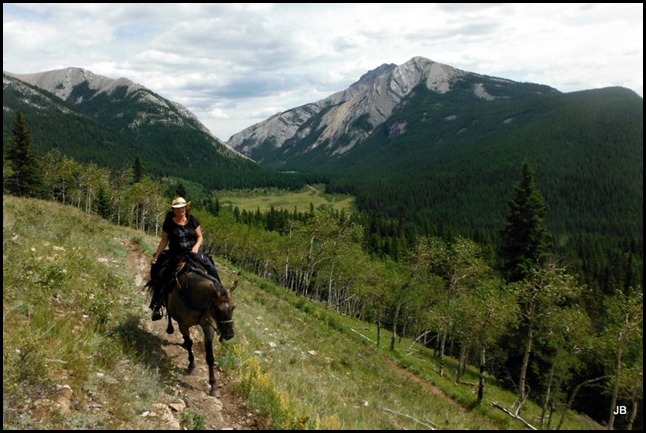 and then a shot in the trees so folks know it is not all mountain vista’s here in the West Country. 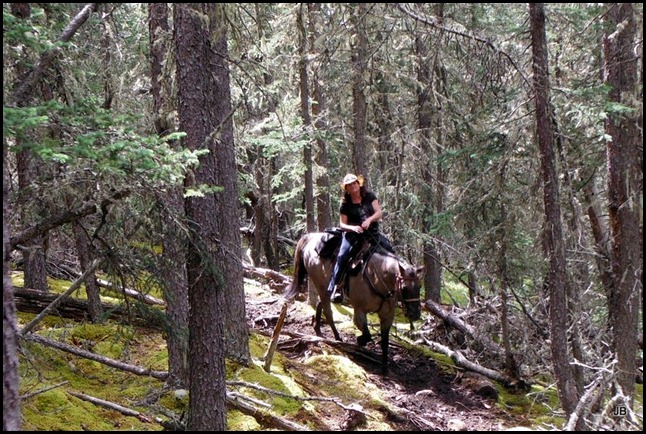