Ulysses, Kansas in our Rearview Mirror

Yesterday we spent the day with Mac and Netters touring Ulysses. But first we needed to have lunch and headed downtown to the Six Twenty Grille and grabbed a bite. I had the Country Fried Steak and it was great, and the others food looked OK to. After we chowed down we headed out of town to see the country where Mac and Netters grew up. Off in the distance there is the McHenry homestead. 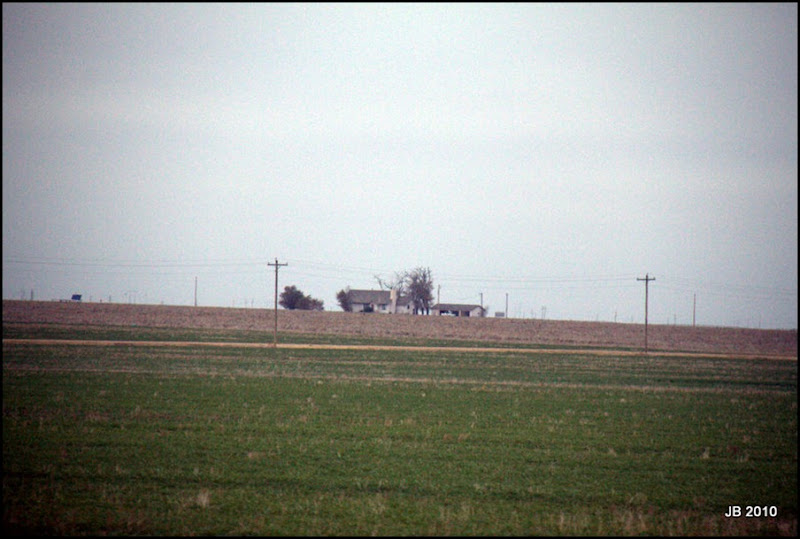 And just three or four miles south of that is where Netters lived. Not a tree or hill in sight so you could watch your neighbours from miles away. Rumour has it if you stand on a tuna can you can see the office towers in Kansas City, all the way across the state. 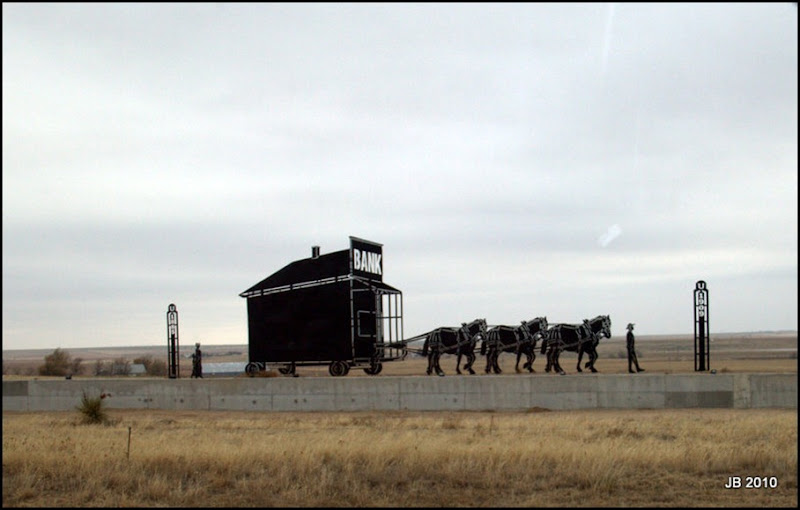 Now this is not someone who decided to pull a bank job the hard way, it is a monument commemorating the fact that Ulysses was moved from another location to its present spot back in 1909. Now one has to wonder why once they got it all loaded up they didn’t take it to the mountains or something. Oh not nice, but for a fellow from the foothills this flatland gets old fast.

But where else could you find an alley choked with tumbleweeds. 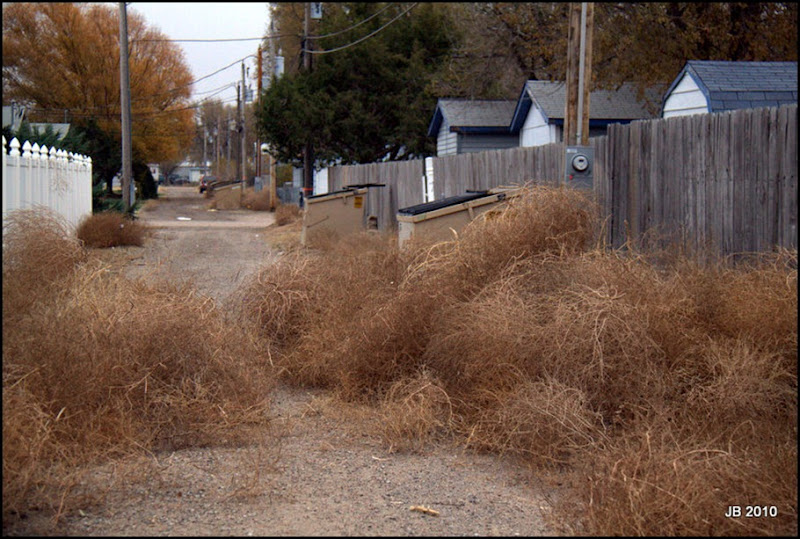 We had a great visit with the McHenry’s and look forward to running into them again this winter somewhere over in Arizona, and I am sure that visit will feature some of those great poppers that Netters is known for. 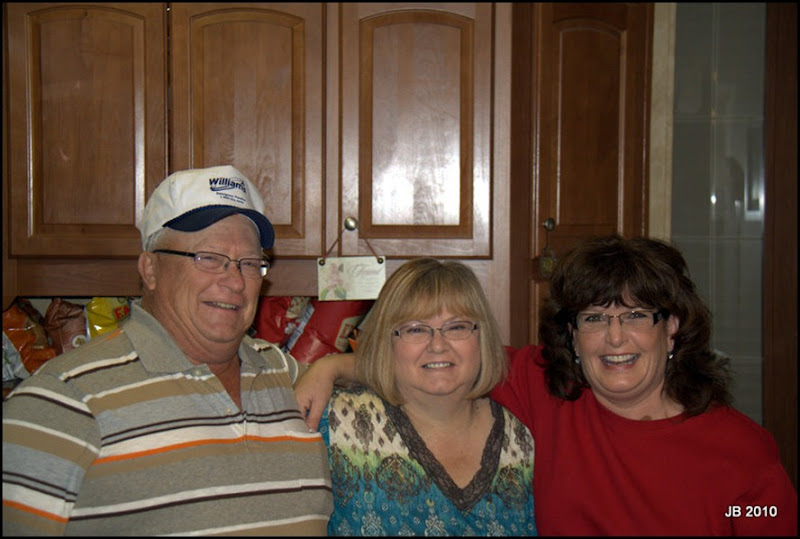 After saying our goodbyes today we got on the road towards Childress, Texas. There were rumours of snow in Ulysses and we saw some signs of snow along the road on our drive south, so we keep rolling along until that stuff was gone. 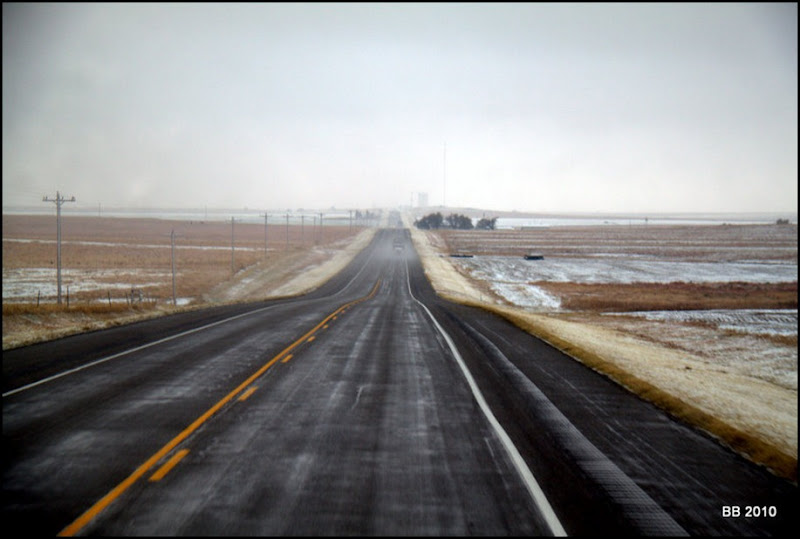 It was obvious we had left Kansas behind as we started to see some trees and even the odd hill off in the distance. 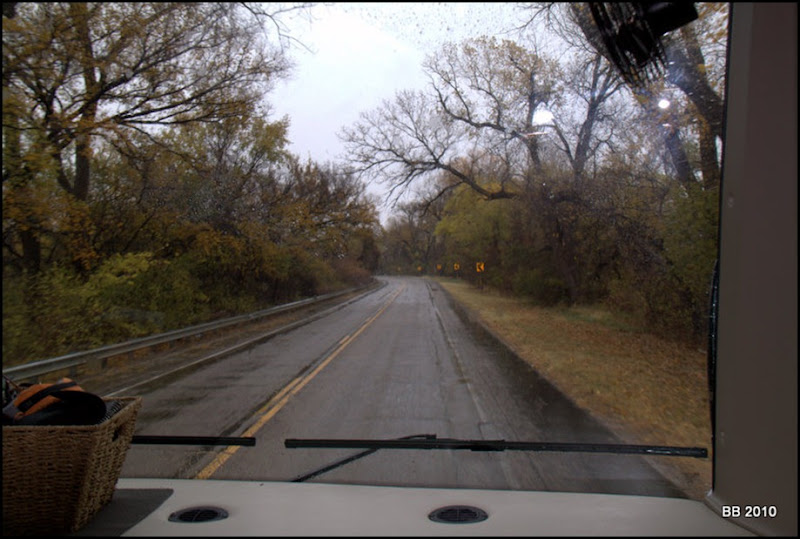 It is a pretty welcoming place this Texas they even put up road signs just for us snowbirds from the Northern Ranges in case we can’t find our way south. 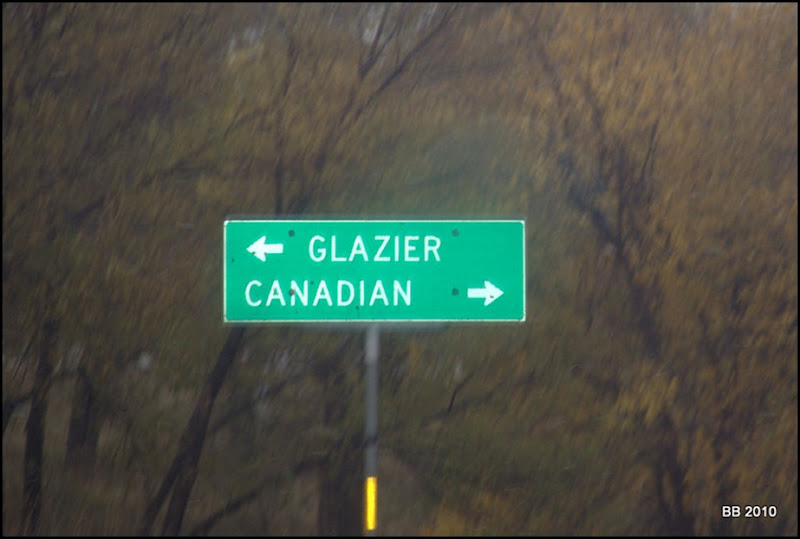 You can guess which way we had to go. I mean what could be at the end of that road. 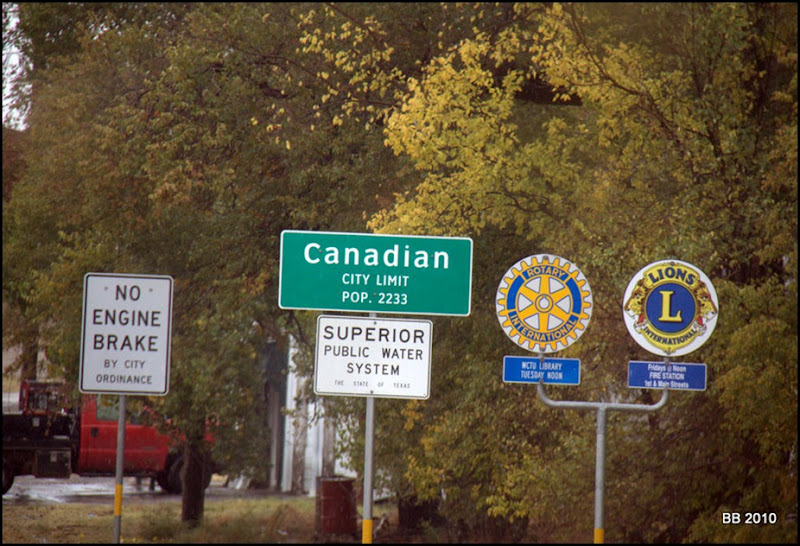 Once we got to Childress we headed north into town looking for the City Park. We had heard that there was a Campground there that had power and water and only a $15/night fee. After walking all over the City Park we found it right at the end of Main Street North. Not a bad view out of our rig either.

It is a pretty small campground, only five sites, but today that is three more than appeared to be needed. 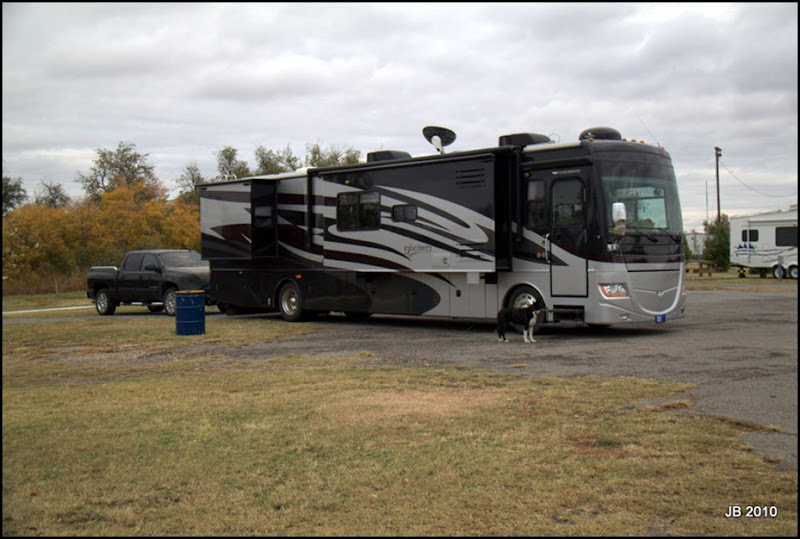 And I think Meg and I will like the paths that circle the lake and wind there way through the park for our walk tomorrow.