Today we left Lamar, Colorado for a gruelling 110 mile trip over to Ulysses, Kansas. We have to thank Mac and Netters, the McHenry’s, for this detour. They are coming here for a family gathering and we decided to drop in on them on our way to McKinney, Texas. There is not much between Lamar and Ulysses, other than a few small towns, and a lot of horizon. This country reminds me a lot of southern Saskatchewan back home. 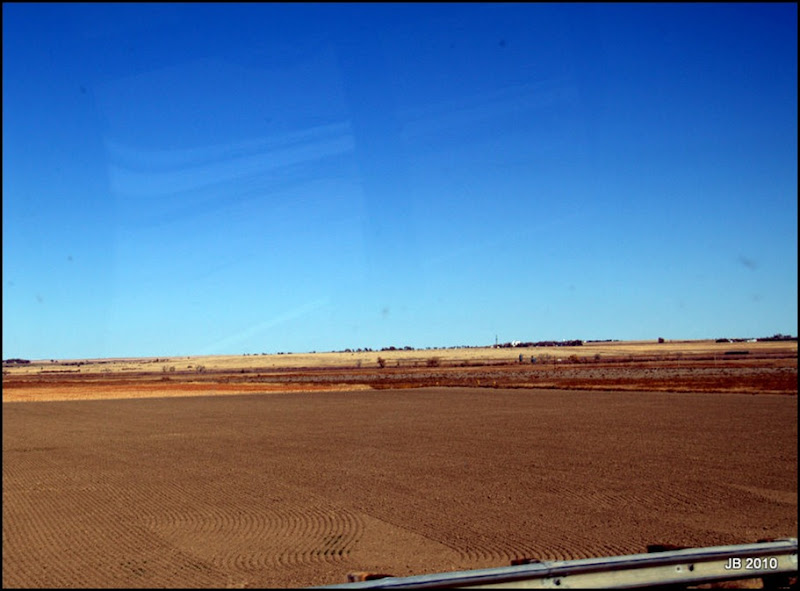 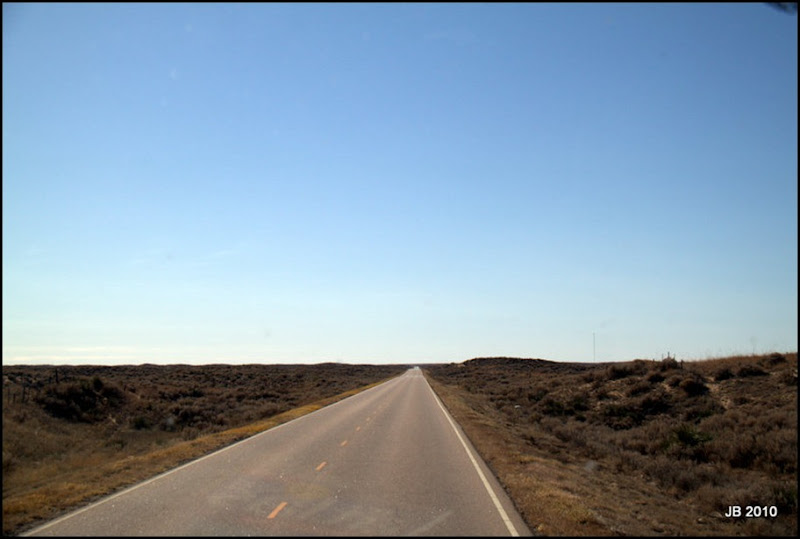 Now these are the biggest hills we have seen in the last two days since we left the front range of the Rocky Mountains near Denver. Country with a beauty all its own, but I wonder if the kids here don’t head out to see trees and hills for their Senior year trip.

Once we got closer to Ulysses there seemed to be a little irrigation happening so the trees and farms became more plentiful. 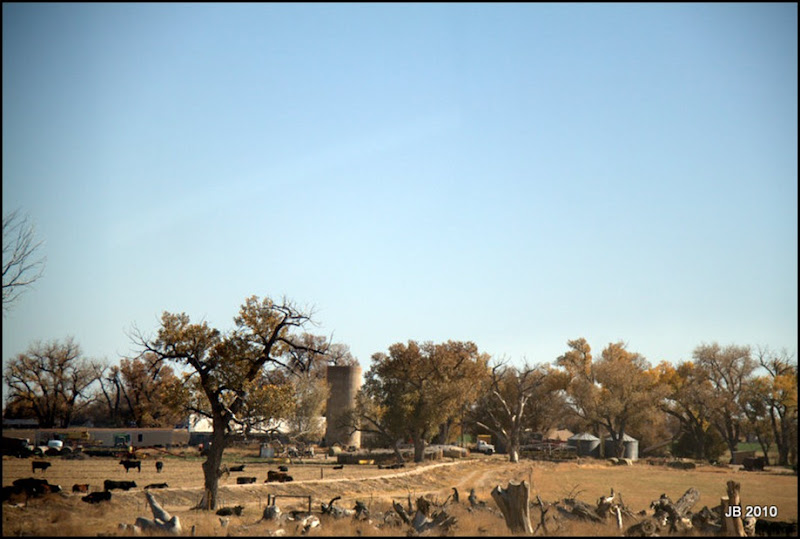 Mac and Netters had just pulled in when we hove into sight, so after some hugs and handshakes, Mac and I set to getting our rigs set up while the girls caught up with each other. Once that chore was done we resumed visiting with the McHenry’s and their family through the afternoon. Brenda and I took a little run downtown to have a look around and get some cards mailed as well as find the local bank.

Supper tonight was at a local Mexican Restaurant called the El Ranchito Cafe, run by a local family named the Romero’s. I had the Double Combination with two Tacos’, two Enchiladas', and two Tostadas' along with some rice and lettuce, it was great. Brenda had the Chicken Fried Steak and apparently it was less than great.