Another sunny warm day, it reached the low 80’s today and never dropped below 50F last night. We took a drive today over to Blythe and then north to Parker, Arizona before returning to our camp at Quartzsite. While we were in Blythe we needed to cash a travellers cheque. I went into the Provident Bank and asked it they would cash a travellers cheque and they said sure. After signing it and filling out all the details they informed me that they could only cash an American Express travellers cheque if I had an account at their branch. Hmmmm, wonder why a person would need a travellers cheque if they already had an account in the bank. Strange rule, so I took it down the street to the Union Bank of California where they were much more understanding of the fact that folks who are cashing travellers cheques are probably not from around here and don’t have an account with them. Another strange thing was obvious from the security in both banks, I think Bonnie and Clyde live near here or something. You have to enter the bank through a bullet proof air lock that only allows one person at a time through the door and the same thing happens when you try to exit. There were enough camera’s in the bank to film a Super Bowl game also. This is all in a sleepy little border town. And that is the reason I like to travel, you get to see so many different things. Back home we expect folks with travellers cheques are travelling and we still don’t have to go through an air lock to get at our bankers.
The drive around the loop was interesting though, it certainly is obvious where the irrigation is and where it is not irrigated in this country, even the cactus look for an irrigation ditch to root themselves beside.

Even from afar we are watching the goings on up north in Ottawa, tough to believe that the New Democratic Party, the Old Democratic Party (Liberals) are joining forces with a party that’s sole purpose is to tear apart Canada to try and wrest control of the government that was supported by the largest number of Canadians just 6 weeks ago. I guess that’s what happens when you threaten to take the politicians off of the public teat. But they claim it is for the good of us all. I am wondering how good it is when the TSE drops farther than it every has, in its history, in one day. Well I am sure after they tax the oil business into submission and transfer anything left over to the auto plants in Ontario it will become clear that unless someone buys the damn cars there is no point in building them and with the great relationship (Hah!) that the NDP and Liberals have fostered over the years with the United States we certainly won’t sell many that way.

Tuesday we just hung around camp most of the day other than a trip into town looking for a visor for the window. The power blind on the passenger side has a problem that will be fixed next week in Las Vegas so I will have to remove it tomorrow for the drive north. I have been in contact with Fleetwood and they were very helpful and although they couldn’t repair it over the phone they certainly helped with the removal process.

Other than the trip to town I spent most of the day stalking some hummingbirds in the area. It is quite a challenge to catch them close enough for a picture with the right background and enough light to allow me to use a fast enough shutter speed to stop those little wings. I’ll try to post a couple of shots of the ones I did catch. 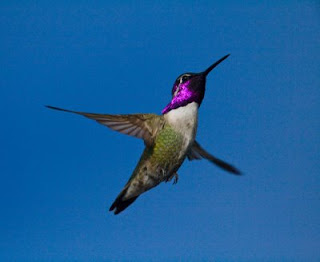 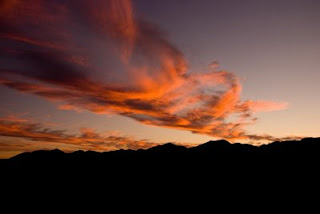 And a desert landscape shot. 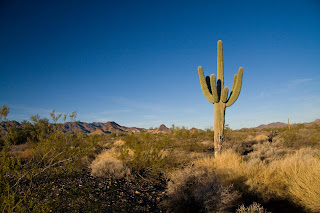 The last couple of weeks we have been camped in a 14 day area near Quartzsite called Dome Rock Road. It is just to the south and west of town, out past the Love’s station and the Super 8 motel. It is a great desert spot, picturesque with mountains to the west and one between us and town. However that one between here and town seems to block the cell signals pretty effectively. Our Trac Phone doesn’t work out here except in a very few select spots and even with the booster the Sprint Air Card has difficulty with our internet connection. Good enough for email but not quite good enough to manage posting on the blog. We will be leaving this spot tomorrow, December 4th, and moving north towards Lake Havasu before heading to Vegas for the rodeo next week.