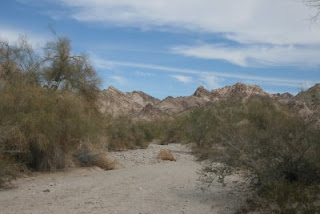 Today I took a drive over into California to have a look at the country around Tumco Wash. The Bayfield Bunch were camped over here for a while and their journal piqued my interest. Not hard to see why they liked this country, lot's to see and some great places for my morning walkabouts. On the east side of Ogilby Road there is a lot of BLM land where boondocking is allowed and there doesn't appear to be all the ATV traffic that is over a little way to the west near the Imperial Dunes. All to the good.

After snooping up a few roads and scouting a few future camp spots I headed over towards Glamis to get a closer look at the Dunes. Because it is mid week there are not nearly as many machines roaring around over here as there would be on the weekend. I went west into the Dunes and tried to pull into Osborn Outlook to get a look over the area but they were filming a movie and that was one of their operations bases. The Highway Patrol had the highway closed to allow them unfettered access and the Outlook was closed to the public until sunset. I didn't want to stay that long so flipped a U-turn and headed back to Foothills near Yuma.

I also stopped at Harbor Freight and picked up a few things that I saw yesterday but didn't want to stand in line to buy. Today the line was shorter but the prices were the same. 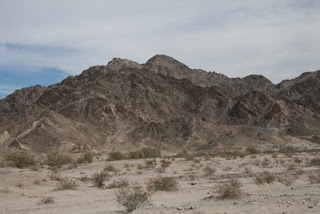 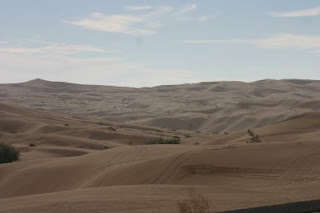 These folks had something to do with the movie. It was a secret who and what was going on so I think it is a remake of Mad Max starring Katherine Hepburn and Spencer Tracy. Well in the absence of information I can make up my own story. LOL 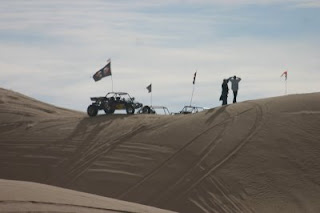 This is a look to the north of Osborn Outlook where the ATV's are not allowed to go. Looks a lot better that way so it is good that there are areas that are off limits to protect the eco-system. 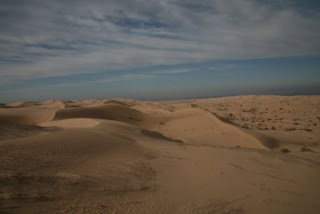