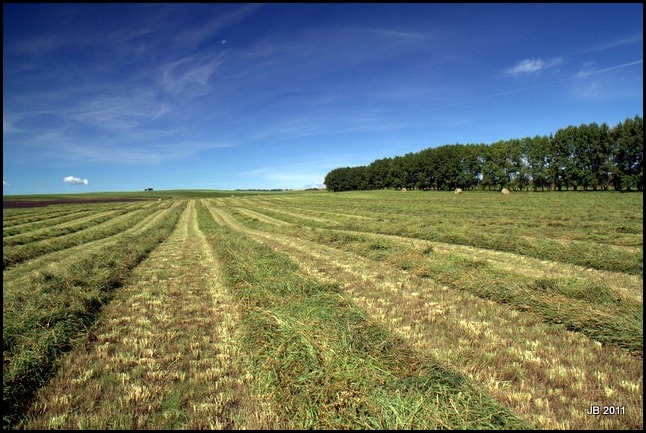 Well last night just as I finished updating the blog the last of our hay got laid down. Of course then we had a little refreshing rain shower but this morning dawned bright and sunny. Here’s hoping it stays this way for a few days so we can get this part of our harvest done. We still have about 50 acres of barley that will need to be cut, but that may be a while yet. It will probably go as silage as it was pretty late when Bob got it seeded so it might not ripen soon enough to combine it.

I took a walk out through the hay this morning and of course Meg came along as well as my son’s dog Mack. Mack hangs with us most days as Matt is over in Albania working on a drilling rig. 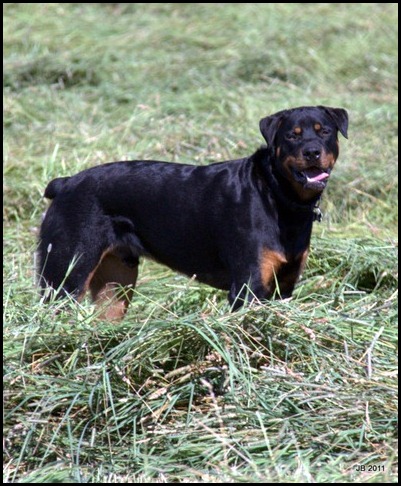 He is about a year and a half old and a pretty good dog, well trained and especially well socialized, he loves kids and other dogs, and like I tell people that come to the farm he never bites anyone while we are around.

The rest of the day was spent just hanging out and getting a few things done around the yard. I ran the big lawnmower through a couple of old gardens here knocking down and mulching the weeds and thistles that have sprung up since we stopped planting vegetables here. When my Dad was living here he kept about a half acre of garden growing an assortment of vegetable and fruit well weeded and ready for the families consumption. After that I spent a while stalking around with my weedeater cutting down the thistles that are hiding out along my fences and such. I don’t think you can ever entirely get rid of these dang things but we are trying.

Not a lot other than that happening around Dogpound North but I talked to a fellow down at Dogpound South today, and it is hot, hot, hot down there. The last couple of haboobs down there have left a little dust around the place but all in all it is faring pretty well and waiting for us to reappear in the fall. 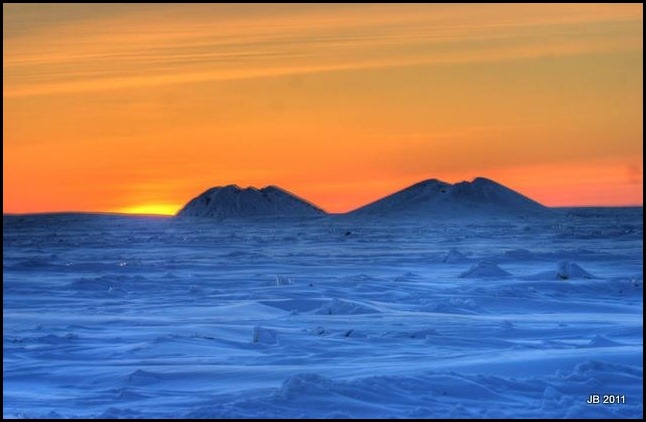 Thought I would throw in this picture of a couple of Pingo’s up near Tuktoyaktuk in Canada’s Northwest Territories a few years back. Hope it brings a few cool thoughts down there to Arizona. 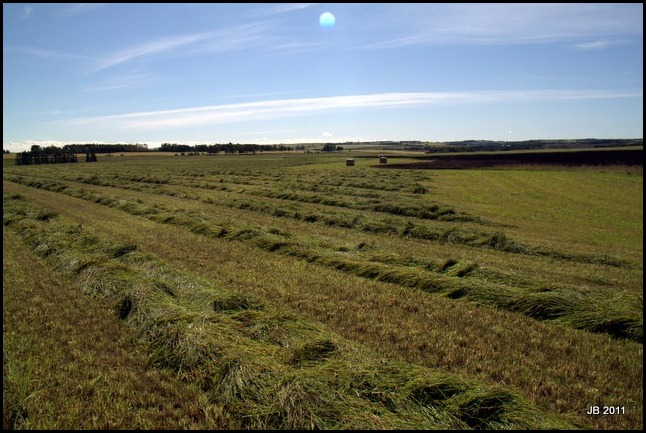 Some might think that is an artifact caused by the sun in top centre of the photo but I know it is a couple of interested guys watching over us down here at Dogpound North. Thanks for stopping by Bro’s.