We left Vancouver Island and our friends place on the Nanaimo River Thursday morning and headed for the Duke Point ferry terminal. 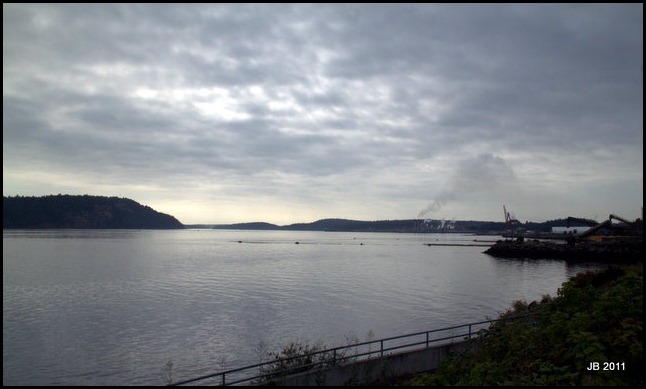 Not our usual route but we thought we should take a run south of the border for a little celebration. Thursday was our tenth wedding anniversary and as we were to far away to make it to the Yaha Tinda we thought we should find a nice restaurant and have a nice dinner. Other than the lineup (40 minutes) at the border crossing all went well. The Homeland Security agent was a pleasant young lady who seemed to realize that we had no evil intentions towards her homeland and she just waved us on through with no difficulties. (hey aliens we may be but we do pay our property taxes on time) 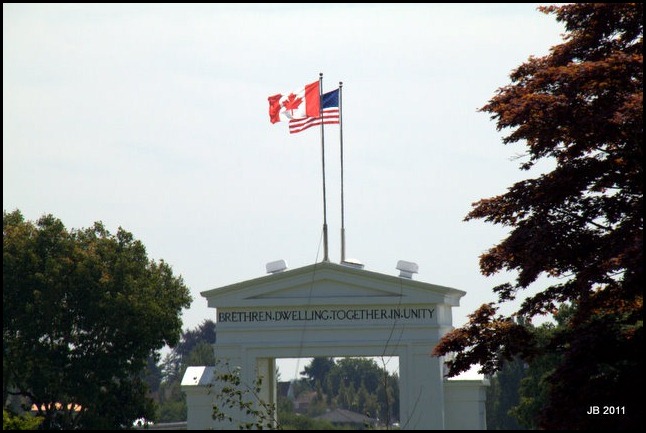 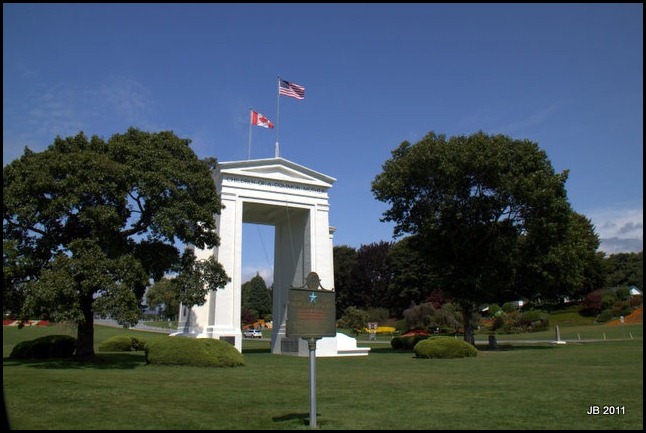 The shot above is of the Peace Arch, first one from the Canadian side and the second from south of the Medicine Line. Each side has a different quote both pertinent to our close relationship with our southern siblings. We took a spin down I-5 to the town of Bellingham. We have been to Bellingham many times as for a long time my brother Brent kept his sailboat in a marina here and I visited and sailed with him quite often. We popped into Barnes and Noble, I have a Nook and the power cable was broken and they don’t sell them in Canada so we looked after that then ran over to Costco to buy some pocketbooks also. We find the Costco books cheaper than the e-books and although the Canadian dollar is, and has been at par or better with the greenback, the price on books is still better in the States.

We had a restaurant on Chuckanut Drive in mind but after checking into a hotel and getting online Brenda found one in the town of Fairhaven that appealed to her more than our first choice.  She had the Crab-stuffed shrimp and I had the Fish Special which was Mussels on rice pilaf. The shrimp were good, I tried one, and the mussels (I didn’t share) (well really she didn’t want one) were some of the best I have ever eaten.

Friday morning we got up and headed off into the fog looking for the Canadian border. It is a long drive from the Left Coast back into Alberta and takes the best part of 11 hours. With a stop for fuel along the way and a few rest breaks we arrived back at Dogpound North safe and sound and still married. 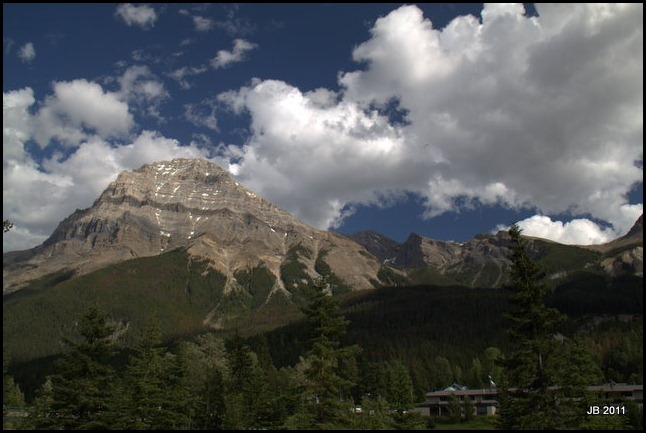 The shot above is of Mount Stephen that overlooks the little town of Field, British Columbia.

Good to be home but it looks as if the grass didn’t take a vacation so I spent part of the day getting some of that tamed as well as spraying some of my ever healthy Russian thistles. In between I managed to pick a bunch of raspberries, I am hoping enough to get a few sealers of jam. Even managed to load 30 bales of tough hay and bring it in to feed to my fat pen horses over the summer. I am trying to keep our riding pals in a little better shape this summer, just in case.