Tuesday evening the Hall’s arrived here from their daughters place near Fort Worth. They are just stopping for a  day or two to rest up for the rest of their winter migration down to the Rio Grande Valley. It is nice to be able to spend some time with them as you never know when our trails will cross again. Here they are sneaking in under the cover of darkness. 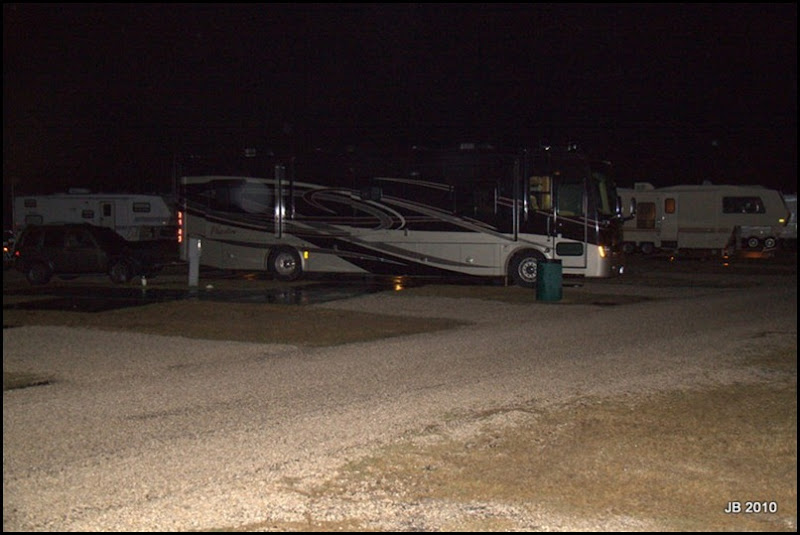 Brenda had some Taco Soup and a salad ready for our dinner and their arrival.

Earlier in the day the Meacham’s and the Kendall’s headed out into the Hill Country to the NW of us while we hung around in San Antonio. Anybody who knows Brenda know that sitting still is not one of her strong suits, even though her knee pain has been getting worse and worse as the winter progresses. She has an MRI scheduled back home in May, but seeing as how things are not getting better and the next steps are a mystery until after that procedure we decided that we should see what we could do to hasten the process a little. I found a clinic in downtown San Antonio that could see her right away so we popped down there and after a few minutes with the doc left with an order for an MRI here. A few minutes later I had her scheduled for that procedure within the hour.

Wednesday the results of the test were back and we will get them off to her doctor early this morning so they can proceed with whatever needs to be done back in Canada. The results were a hodge podge of big almost incomprehensible words that basically say, yep, you have a real sore knee. And with the internet and some of our friends input it seems that there may be some arthroscopic surgery in her future. Hmmmm, guess we had already guessed that but it is nice to be making some progress towards whatever resolution there might be. Here is a shot of Brenda engaging our medical consultants. 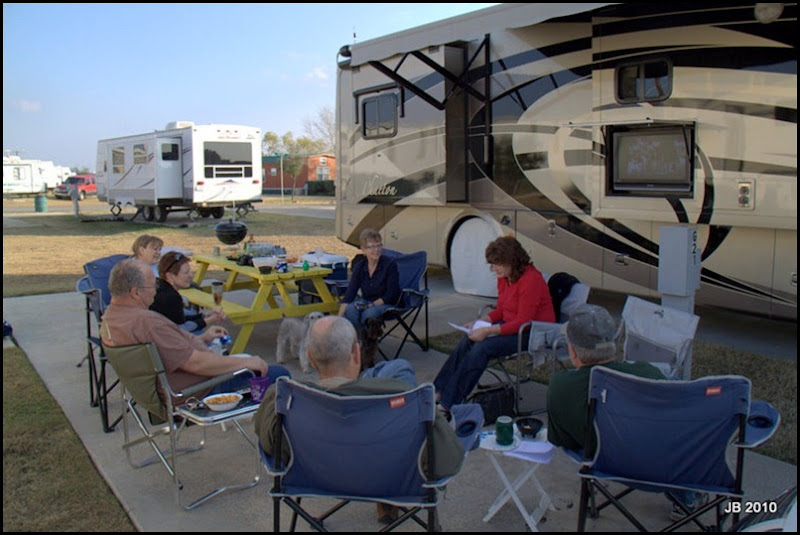 Wednesday afternoon and evening was Happy Hour time at the Meacham’s, followed up by some of that good grilling that Jim is known for.

Thursday we were up early to bid farewell to the Hall’s as they headed for their lot down Retama way in the RGV. Meg and I went for our walk at dawn and thought we would be back in time for that farewell. We walk around a hay field behind the campground and then a few miles down a local road and along the way today Meg spooked up a band of wild hogs. Not sure who was more excited, the dog or the hogs, or maybe me. After a quick melee we continued on our way without further incident and no injuries obvious at least on me and mine. Can’t say whether the hogs are a little lighter though. When we got back around 8:30 Dortha and Mark were gone over the hill but Brenda did catch a few photo’s of their departure. 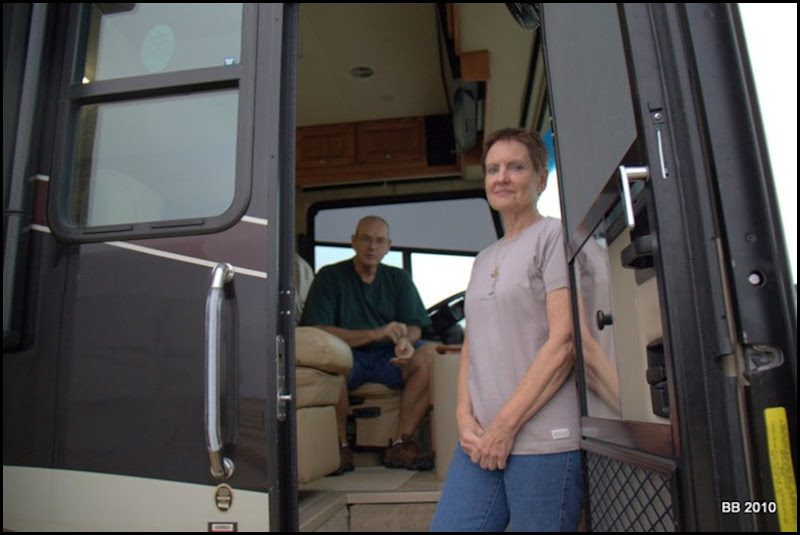 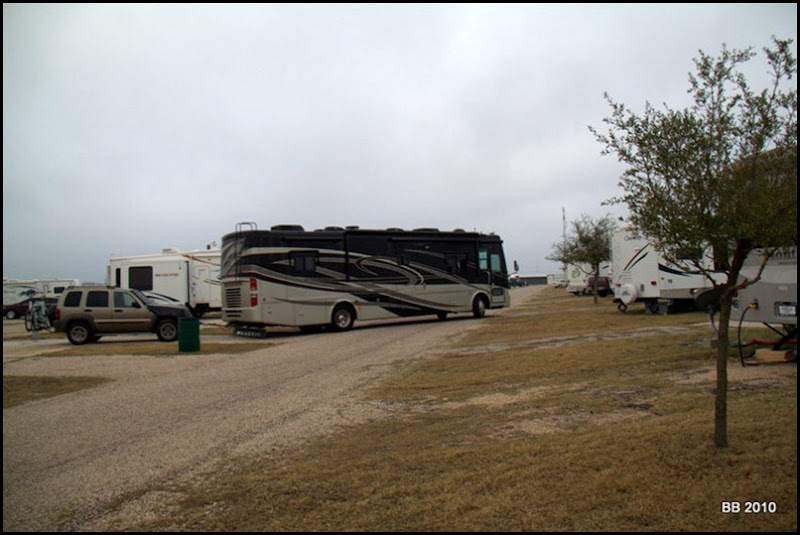 Sad to see these good friends move on in a different direction but we know in this lifestyle it is only a matter of time and miles before we meet again. Maybe we can talk them into a pizza at Moose’s in Kalispell and then we will drag them north to see a little bit of our spectacular scenery in the Canadian Rockies. Mark, it really is almost on the way to Gillette.

The shot above is just a small sample of what is a country with the most “awesomeness” per capita of any in the world. Come on up and enjoy.