Today Willow and I were up and on the road by 7 o’clock as we were heading up to our local arena for a gymkhana. Now Willow has a little experience at this kind of events but as for me, other than one barrel race with my niece Caron a couple of years ago I am a neophyte. In fact when they decided to rake the arena right before my run in the barrel race I was telling folks “Now how am I going to remember which way to turn”, even though I think those who do it on a regular basis are happy that the ruts are all worked out. Nevertheless I found my way around the circuit and made it back across the finish line in a pretty decent time. No prizes but no penalties either, and although it was close the timer resisted the urge to turn the page on his calendar as I was coming home.

Just a comment on the rules of this game, although you see all sorts at these things it would seem to me that all those 100 pound girls should have to haul one or two big sacks of potatoes while they are running just to even it up for poor old Willow hauling my carcass around that arena (remember my “A Man’s Gotta Eat” blog of a day or two ago.). That and the fact that most of them look like while I was out earning a living they were born in the saddle or sure didn’t take long getting there afterwards. But for our first time out we were pretty happy with the results and are already looking forward to the next chance we get to show folks just how slooooooooooooooow you really can go.

There were four events here and other than the barrel race we had only seen one other before. That was something called Washington Poles that looks an awful lot like the Stake race I have seen Caron run except for there is just one horse running a single course in the arena at a time instead of two sets of stakes side by side, both with separate timers, that make it a little more like a horse race, that I have seen back in Canada. Better this way as at least I didn’t have some little girl whipping my butt in real time, I guess….lol. 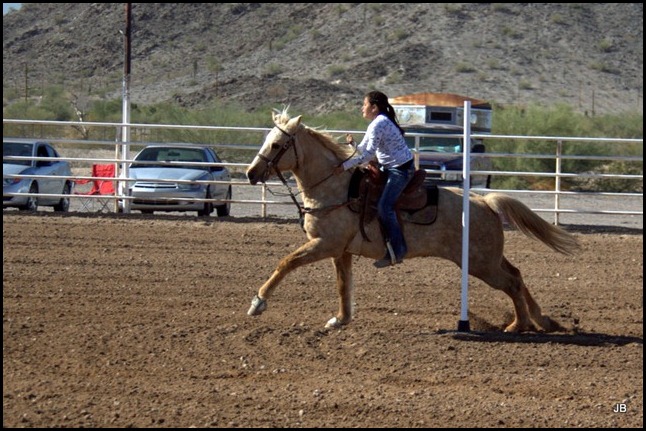 This young lady as accomplished as she is on her horse in the Pole race also is the heeler on her grandpa’s team roping team. And after the poles it was on to Cupid’s Arrow where you run down and alley and then have to circle three barrels set up at the end in a kind of arrowhead formation and then back down the alley between the poles to the finish line. 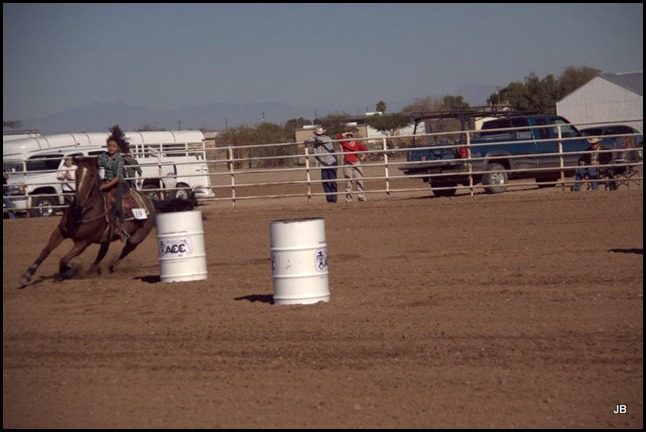 Then onto the final event called a Potato race where you pick up a spud out of a bucket on top of a barrel at one end of the arena and then race back and drop it into a garbage can at the other end of the arena. By this time in the event my personal photographer had gone on home so I am going to pick on one of my competitors to depict how that works. 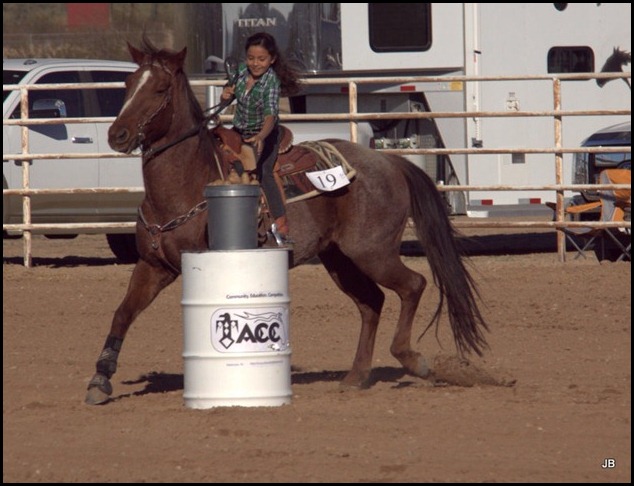 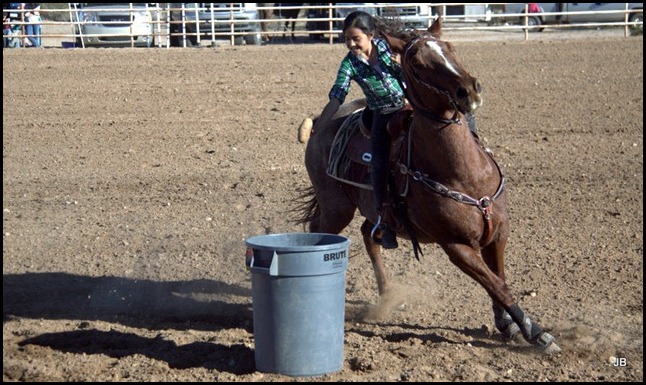 Nothing to it, and actually Willow and I found that this one was our best event, I think we came in fourth in the senior citizens division and were pretty proud of that. You just knew that I would find my stride when it came to something that involved food eh!

Great fun and Willow did a bang up job of hauling my old bones around the arena (thanks for that Caron) and also working as my seat for the time I was just taking photos of the goings on. Here she is enjoying a well deserved rest. 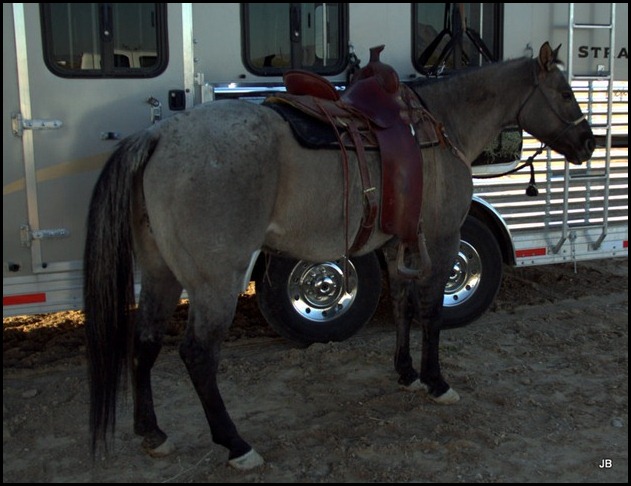 Just click on the link below if you have lots of bandwidth and a long time to look through the photo’s of the day. Thanks to Brenda for a lot of the shots.