Our local Thunderbird Arena Community Council put on a Team Sorting Clinic today up at the Arena on Ralston Road. We are hoping to raise some cash so that we can do some improvements there. It needs some bleachers, just in case someone wants to watch the goings on, and a little paint on the fences would be good also. But back to the Clinic. I decided to give Willow the day off so it was Blue’s chance to shine. He was a foal around our place at Dogpound North when we still had cows. I am sure he just thought they were some kind of strange looking short legged horses and had no idea that his ancestors were bred to handle their foibles. 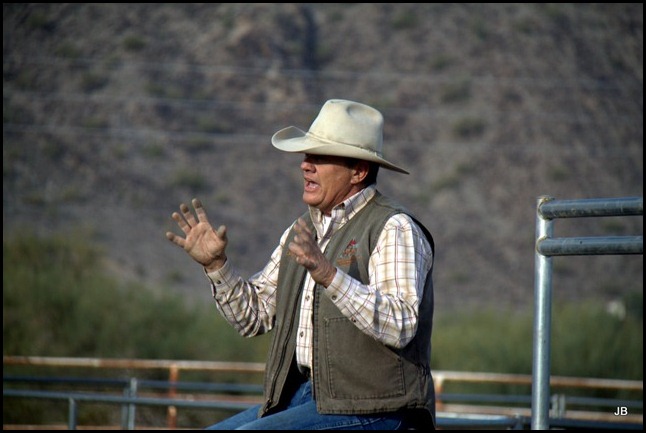 Our clinician was Dale Darnold and although not many of us had much experience with Team Sorting he managed to get us straightened out and we actually sorted some cattle.

For those who have no idea what I am talking about I’ll try to explain this game. You start off with a dozen or so cattle numbered from 1,2,3,4,5,6,7,8,9,0 and a couple of unnumbered animals just to add a little challenge. The point of the exercise is to move the cattle in order from one pen and into another. You are given the number you are to start with as you cross the start line. For example if the announcer calls 6 you need to move the animal wearing the number 6 across to the second pen all the while making sure none of the other animals follows along. Once 6 is across you need to both hold it there and move 7 across and so on and on till you have all ten marked animals across, always remembering that the trash or unnumbered animals can’t be across that line between the pens. Sounds simple but remember cattle are herd animals and don’t want to leave their buddies behind or be left behind themselves so they are constantly trying to either cross the line, out of order, or get back across to rejoin the herd. The team part is there are two riders in the pen at a time and while one attempts to move the cattle in order out of one pen to the other, the second is both keeping everyone on the proper side of the line as well as assisting rider number 1 with cutting the proper animal out of the herd.

You’ll notice in the shots above Blue has his ears pinned back, well to be a good cow horse doesn’t mean you have to like cows, in fact all the good ones I have seen seem to have a little bit of mean when it comes to working cattle. That said you are not allowed to rough up the cattle so it is OK to look mean but not be mean, although I am sure some horses would like to bite those cattle. 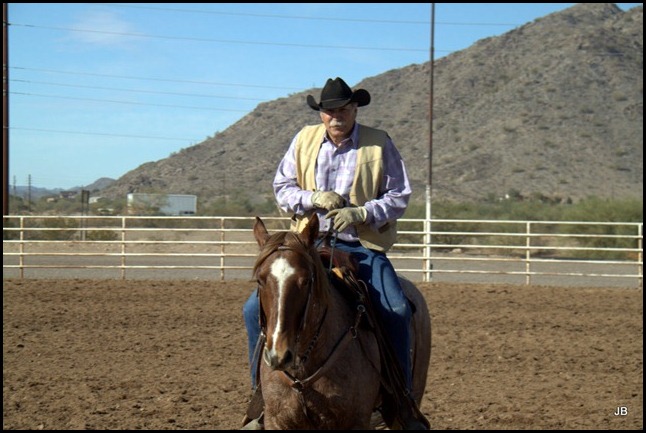 Now his ears are back in this photo also so maybe he is not enamoured of having his picture taken either. 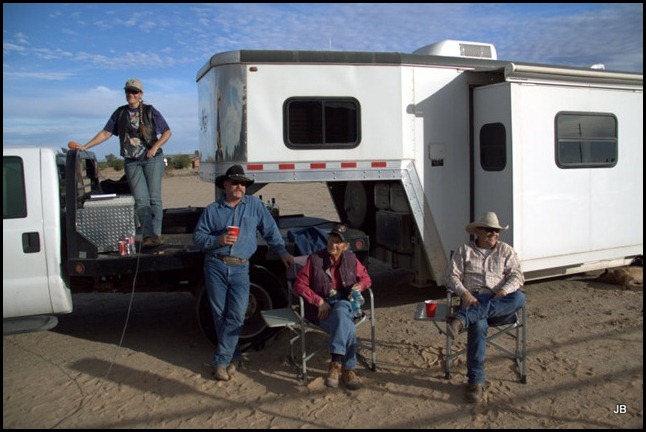 After the clinic we set up for some practice runs and here is our management group, the announcer Kit on the truck, Jim, in the blue shirt and Dale on the far right overseeing it all. And below is Blue thinking “OK enough with the pictures, get this saddle off my back and let me in the trailer so we can get home and see what Willow is up too.” 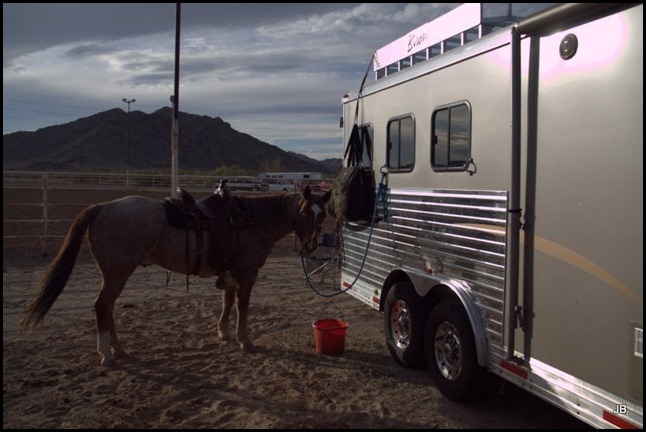