That what we came here for and that is what we are doing, just chillin’, catching up on some book reading and wandering around the place with the dog. For Meg and I that started this morning about 6:00AM and although the sun had not made it over the mountains yet it was already a beautiful morning. 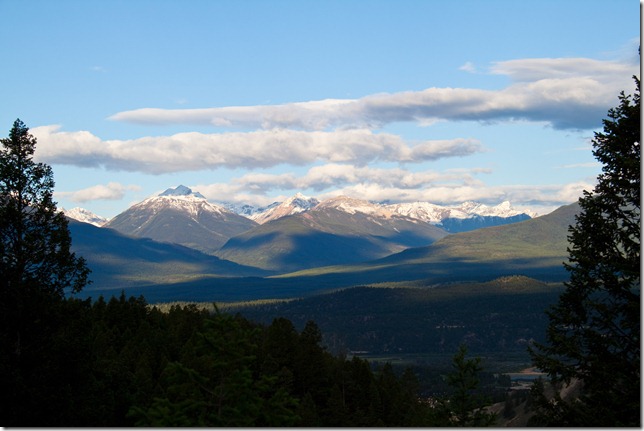 We spent most of the day watching those big clouds roll by although there were a couple of showers that kept the dust down. Radium is on the west side of the Rocky Mountains in an area called the Rocky Mountain Trench that runs from Flathead Lake in Montana nearly to the Yukon border in northern British Columbia. Locally to where we are there is a pretty significant wetlands, the Columbia wetlands, apparently on of the longest wetlands in North America. 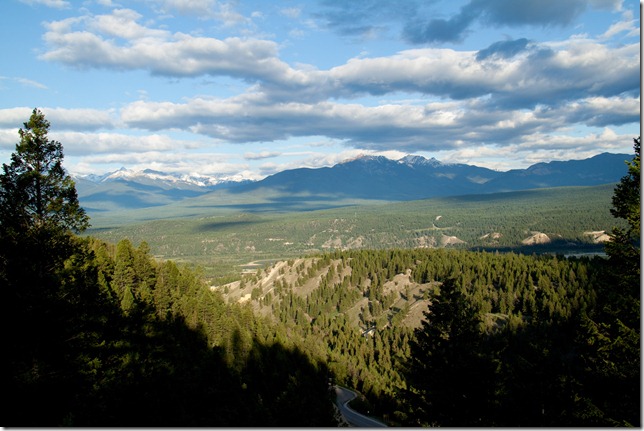 Today we took a spin down to the town of Invermere so that Brenda could get a tablecloth for our picnic table and pick up a few groceries at the local Sobey’s store there. On the way back we stopped and took this shot of her and Meg on a bank high above the Columbia River whose headwaters are just south of Radium. 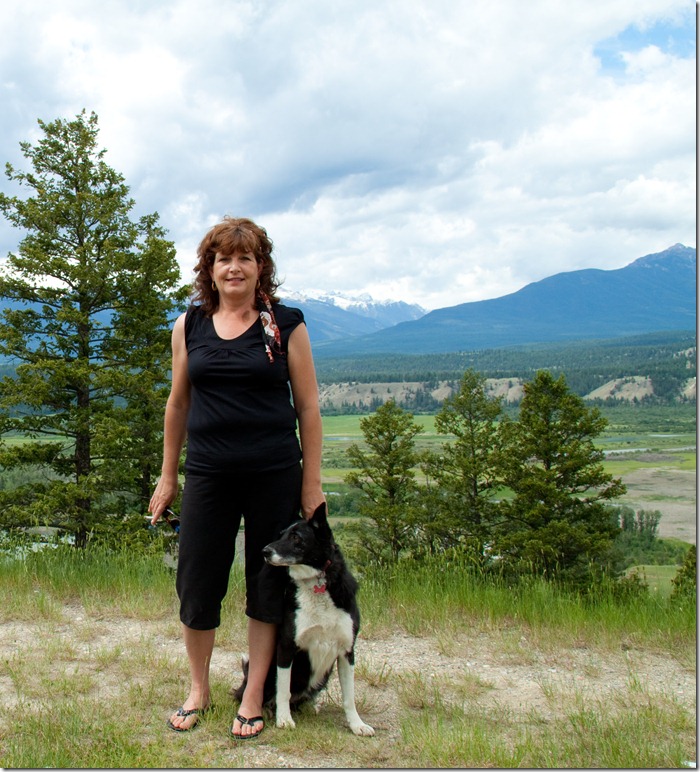