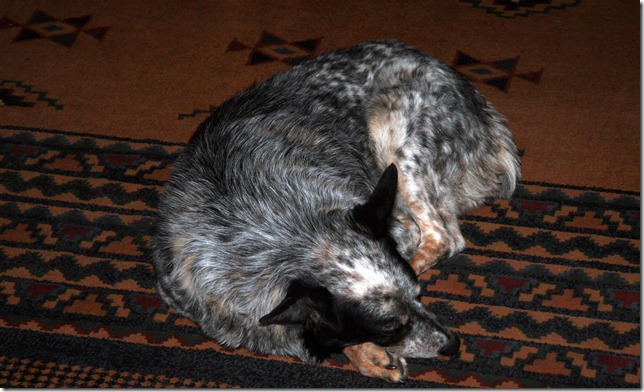 Today our family says goodbye to a great canine friend. Socks was an institution on the farm here at Dogpound and came here as a puppy almost 18 years ago. She was a Red Heeler and Border Collie cross but looked more like a blue heeler than anything else. Her first years she was a pretty timid dog and stayed in the shadow of her predecessor, a dog we called Orph, who was brought here by my late brother Kelly after his mother was killed. Orph was a pretty “A” type of personality as far as dogs go and ruled the roost here until his time came to cross the Rainbow Bridge. I don’t think I ever heard Socks bark while Orph was here, that was his job she was just his eyes and ears.

After his passing she grew into a darn good farm dog and a great companion for anybody who was on the place. Very rarely is she in the foreground of any of my pictures but usually she is somewhere to be seen in the background always keeping an eye on her place and making sure everything was running the way it should. 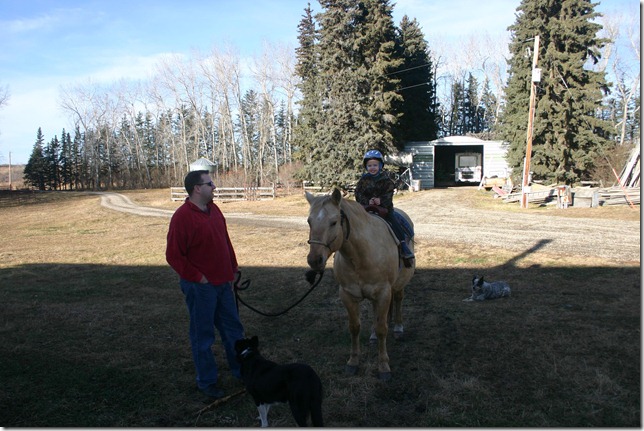 For the first part of her life she was a farm dog through and through and lived outside year round. She had a shelter and a bale of straw to keep her warm and that was where she wanted to be. For many winters Socks and our old horse Dolly had the farm to themselves for long periods and developed an interesting relationship. Dolly would come up to the fence and nicker to call Socks out to play and they would spend hours in the corral with Socks swinging on Dolly’s tail. Looked a little strange but it kept them entertained for hours. We would have stopped it if it wasn’t plainly Dolly’s idea and there was no aggression just good clean horseplay. Dolly was an interesting horse who actually attempted to play catch with our dog Meg one day while we were watching. I am sure as I am composing this Dolly and Socks are once again at it up at that Rainbow Bridge. 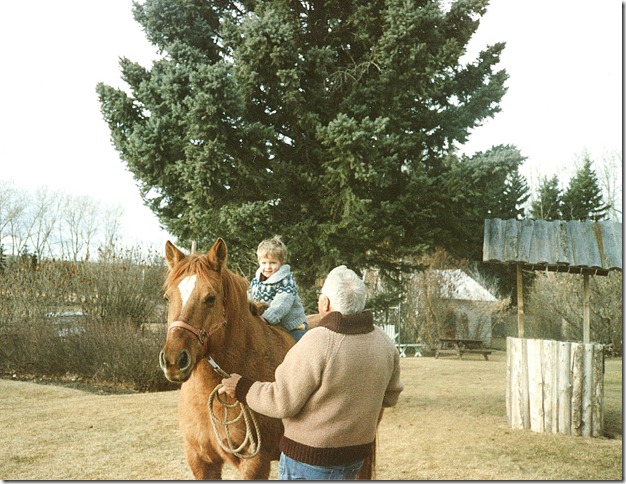 Above is a shot of Dolly entertaining my young nephew Ryan, he’s 24 now and Socks directing the Easter Egg Hunt with his sister Caron and some of my grandchildren and younger nieces and nephews. 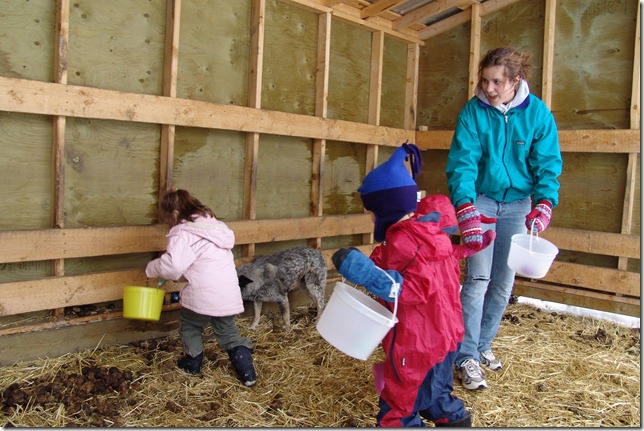 I guess about ten years ago my Dad brought her inside as she had developed a bad back that was aggravated by cold weather. That changed her from a clean living, dog food eating, working animal, to a bacon and toast eating lady of leisure. She still managed to keep the coyotes out of the yard, and would regularly wake Dad up when he fell asleep watching a hockey game in front of the TV. She knew when it was time to go to bed and although she would go to lay on her sheepskin when she thought she was ready she would always come back out of the bedroom and check to see that Dad was not forgetting to come to bed himself. Although she was a pretty quiet dog when she was living outside as she aged she got to making noises around the house and Dad came to understand most of them.

Now for a dog like Socks I think 12 or 14 years is a good long life but she had things to do and places to be and was in no hurry to move on, she lived with Brenda and I when Dad was gone periodically from the farm and once we started traveling she stayed with Jennine while she was house sitting our place. Last winter when I was away at work and Dad was living in the city Socks used her winning personality to find another home, she moved into a condo in the city with my niece, Caron’s, Mom and when Sandy moved to Canmore, a mountain town west of Calgary, Socks went along with her. She had changed from an outside farm dog to a resort town pavement princess who had her own scheduled rendezvous with a dog walker.

Socks you were a good teacher, Meg our own Border Collie, is a gentle dog, just like you taught her to be and although she has a few of her own quirks she will look after your place and your people well. 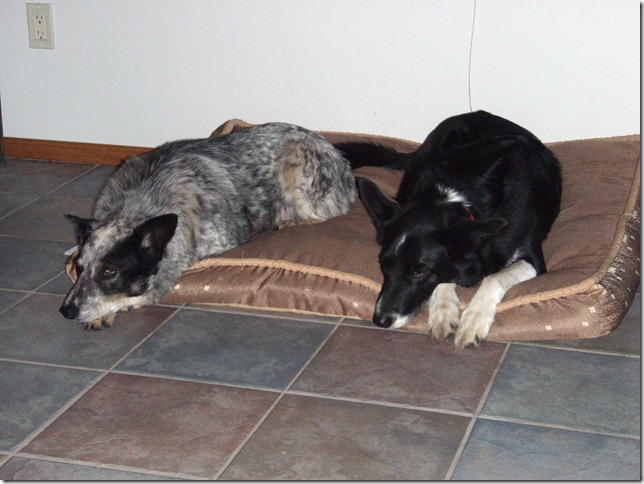 Rest in peace girl we will miss you!