Well since the last time I wrote I have done some traveling, a little riding and of course a lot of eating. I won’t bore you with the eating but those who know Brenda know that everyday is a feast at our house.

We got back on the 27th of December and headed out to do some riding the very next day. We had plans to go out with our friends “K” and “T” as well as Dave and Linda to a ranch west of Buckeye for a New Years Eve ride but on the 30th of December Brenda woke up in the middle of the night with some weird reaction to what must have been some kind of bug bite. Her hand was quite painful and pretty much useless so she was not going to be able to ride. We opted to stay home. Over the long weekend I did manage to get my share of riding in around the neighbourhood with various friends there though. First off Sonya and I rode the Vekol Wash from up around the arena, there were supposed to be more folks there but I guess they got lost on the way so we took off on a couple of hours of riding. In the afternoon I headed over to Pococks to sort some cattle but Blue was having a bad day and we never got in the pen. He has developed a major case of herd sour and that will give us something to work on over the next little while. We were going to head to the Raceway for a dinner New Years Eve but it appeared that they had a fancy schmancy dinner compete with table clothes happening there Jill and Brenda and I came back to our place where Brenda whipped up a little lasagna and salad along with garlic bread. Pretty good for a spur of the moment dinner. Then we were off to Johnson’s for a bonfire. While we were there we got to see some kind of comet streaking across the sky.

Then on New Years Day I joined the Johnson clan and Paul and CC, and Bridget for a ride around the mountain. Probably 14 miles by the time I got back home. 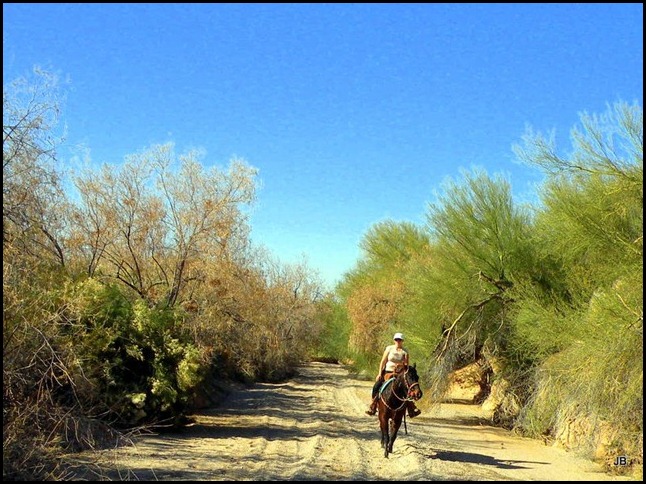 To finish off the long weekend I took off again with the Johnson’s and Brenda and Willow joined us and here they are with Bobbie alongside. 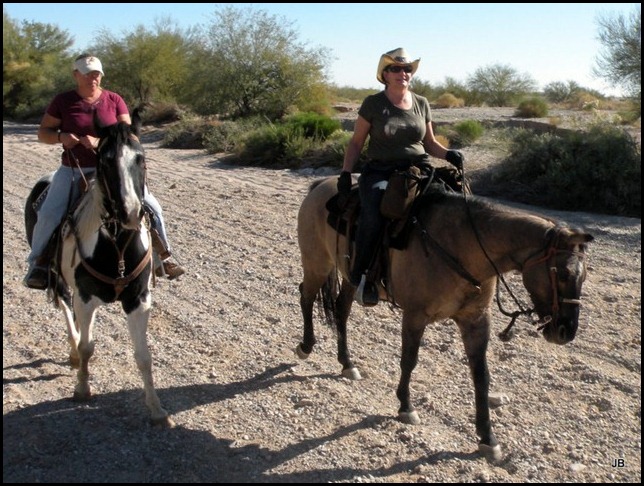 I managed to get the Johnson clan all lined up for a family portrait and it turned out pretty good if I do say so myself. The family that rides together, stays together, at least as long as their horses get along anyway. 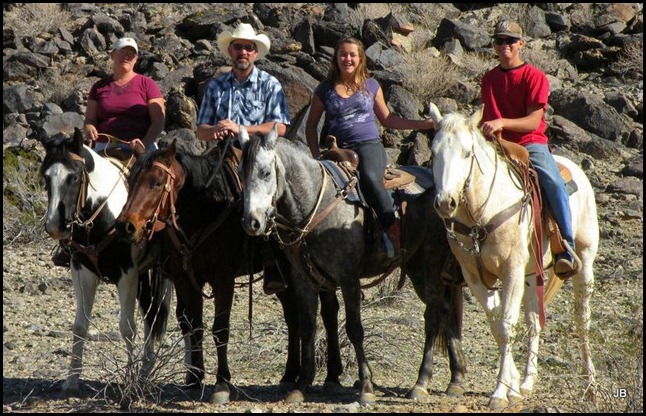 While we were out on this ride we figured we could bring our dogs along to ride out here someday. There is a smattering of Cholla and a few Saguaro’s but nothing that a couple of smart pups couldn’t get through without getting stuck. So a couple of days later we came out for a Woofer Wednesday ride. Meg was sure happy to be back on the trail. 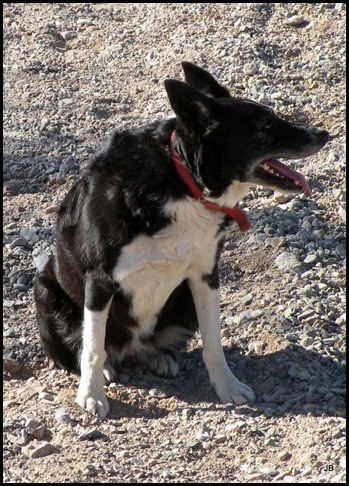 And Mack is pretty new at this trail riding but he did great to, and he stays pretty close to the horse so I don’t have many pictures. 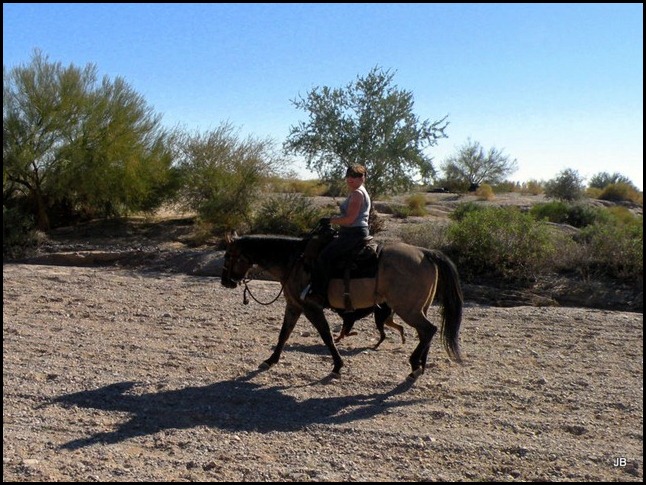 Wednesday night Brenda and I headed into town and picked up our friends Bill and Margaret from Dease Lake. They are staying with us a few days and Brenda has convinced Bill that he should change the bathroom countertops in our place here at Dogpound South.

Here is the one in the main bathroom before and after 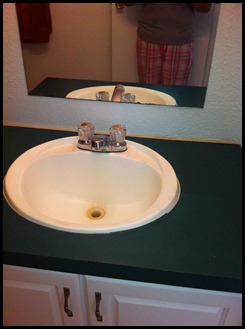 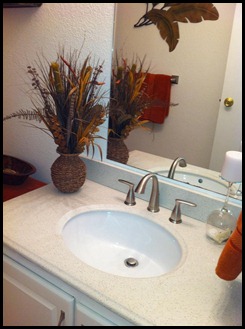 and here is the before and after in the ensuite, 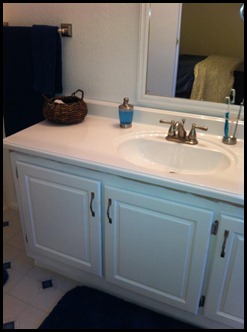 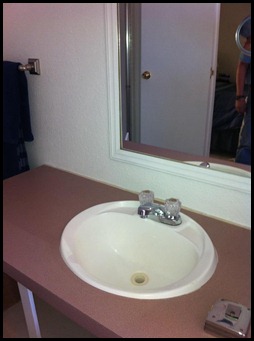 Looks pretty good eh! My part? Well Bill is a pretty handy kind of guy and I am somewhat unhandy to say the least so I thought I had better stay out of the way, so to make sure I didn’t mess the works up I headed into Phoenix and jumped on a plane to Calgary. That is a whole other story and I will try to remember it when I write next.