Back on the Trail.

It was time to get back out on the trail this weekend so we loaded our ponies and headed north west to Sophia’s Flats Trailhead up near Wickenburg, Arizona. We were off to meet a bunch of friends there, some who are members of the Arizona Lone Rangers Singles Riding Club as well as some past members and a few married couples who sneak in to enjoy the trails and the great potlucks. Our friends Dave and Linda arrived not long after us with their mobile zoo, they have a couple of mules, Earl and Gus, a miniature donkey, Madeline, a miniature horse who thinks she has long ears, Reba, as well as a pack of 4 miniature mutts whose names escape me, and I think they leave the goats at home for a weekend off. 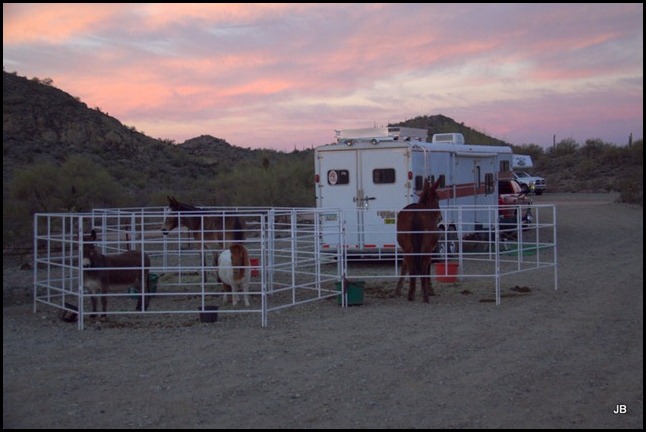 Saturday morning we woke to another beautiful day and a great sunrise. 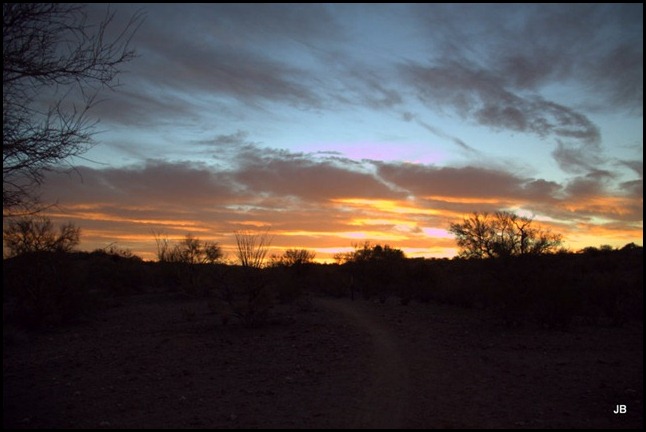 And here is a picture of our camp for the weekend. 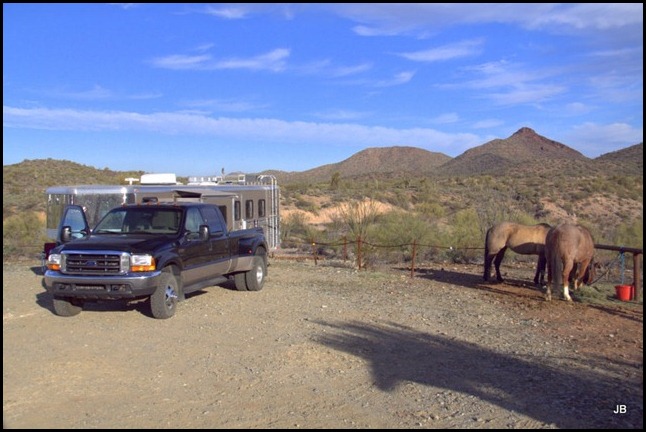 We headed off through the Blue Tank Wash towards Goat Camp where we had a lunch stop and then on to Pete’s Windmill on the way back to camp. Although both spots had water our horses declined to drink as there were swarms of bees at the water trough and every time they made to drink the bees put the run on them. Most of the Arizona horses knew better and drank their fill anyway, but I guess our figured I had hauled all that water in our bladder up there for them so why bugger with the bees…lol.

It actually was a pretty short ride for a Saturday so we were back in camp early in the afternoon and able to enjoy a great day sitting and chewing the fat with our friends. We have seen some great places with these folks and can’t thank “K” and Theresa, and Dave and Linda as well as the Princess for sharing their country with us. We are working hard to convince them that they need to join us for a ride in our own neighbourhood and we promised them that it never gets up to 100 in our summers.

Thanks Pat and Frank for welcoming a couple of married folks from Canada into your group and although we probably won’t get to ride with you again this spring we are already looking forward to next falls rides.

After the potluck and a little guitar playing by a local fellow around the campfire it was time to hit the hay, but not before threading my way back through some stargazers on the way back to our rig. Now I took these pictures earlier in the day while they were setting up but they appeared to have doubled in number once the sun went down. I think this is a regular monthly gathering of these folks. And boy did they have some heavy duty equipment. I think if there are men on Mars, they better keep their blinds pulled with these folks peering up at them. 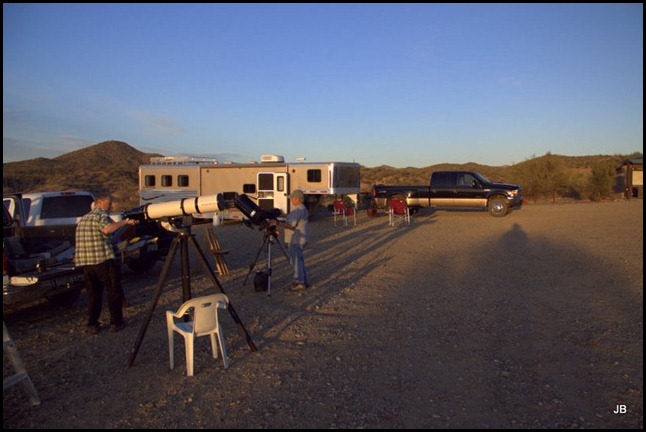 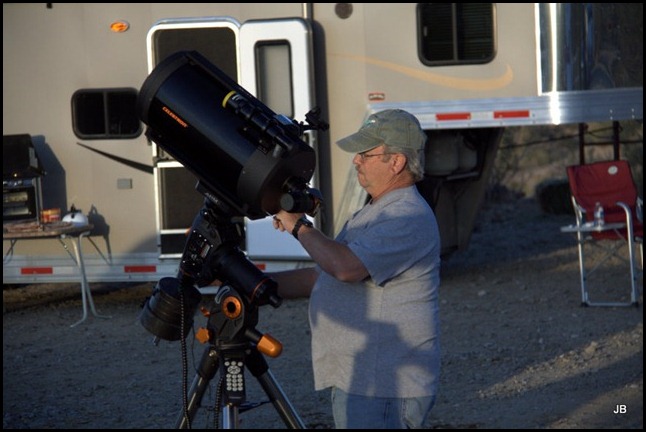