Oh NO, not again

Well this time I stayed retired 31 days. Got a phone call yesterday from an old friend and colleague who had an interesting proposal. He asked if I would be interested in a SHORT job. Because it was up into my old haunts in the Northwest Territories I couldn’t resist. I haven’t been back there since my first retirement way back in June of 2007. They threw me quite a shindig there and a couple hundred of my closest friends came to bid me farewell. I didn’t think I knew that many folks but it appears if you offer free alcohol to anybody goofy enough to wear one of those white cardboard cowboy hats you will have a lot of friends appear out of the woodwork. 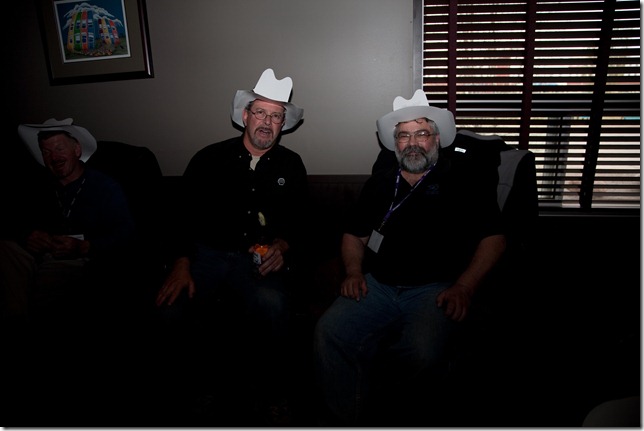 Now those three stooges fine fellows I actually know and a couple of them were the real responsible parties at this soirée.

This is the kind of country that actually works its way into your soul. It is a harsh land and to the unobservant person a vast wasteland. But to those who live there and those of us that they are good enough to share it with it is a land of many different beautiful aspects. I first headed north in the fall of 1970 and never spent very many years after that without making a return trip. Most were for work but all were for pleasure and I was lucky enough to get to share it with my Dad, Uncle and Granddad when Grandpa was 94 years old a number of years ago. He is gone now but I am thinking he is still telling stories in that big campground in the sky about the land of the Midnight Sun and the size of the mosquito’s that hover around there. 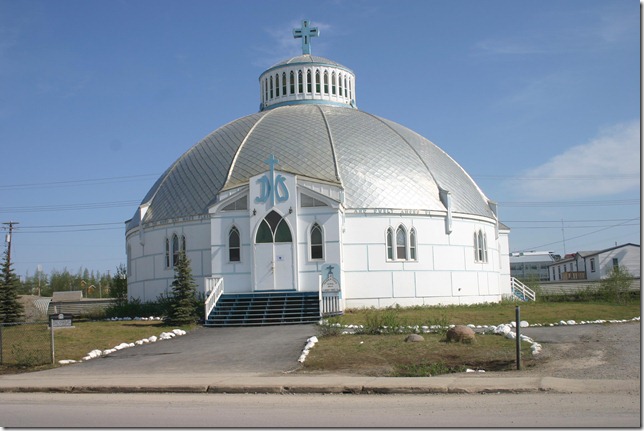 The shot above is the “Igloo” Church in Inuvik 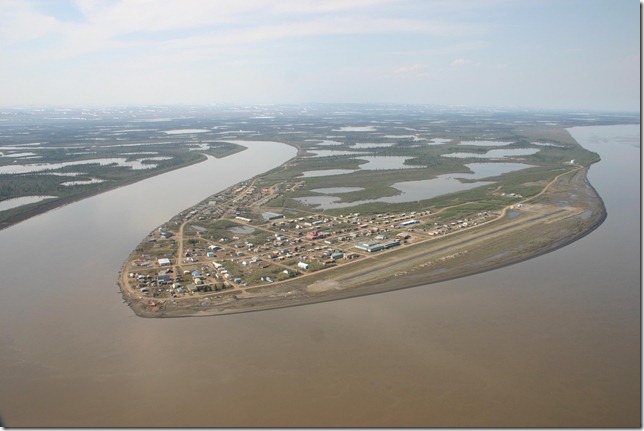 And this is the small town of Aklavik one of my favourite places in the region. Aklavik used to be the main community in the Mackenzie Delta but it was prone to flooding and the Government of Canada decided to build a new town, Inuvik, in the late 1950’s. 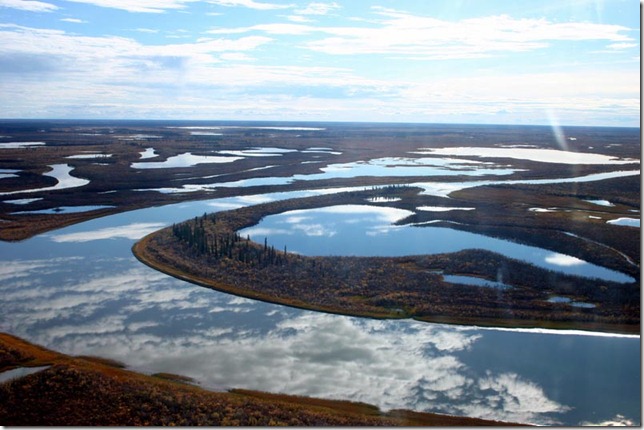 The picture above is across the Mackenzie Delta and of course the Northern Lights dance up here but not much this time of year as the sun is up about 19 hours a day right now and soon will not set for 56 days around the summer solstice. 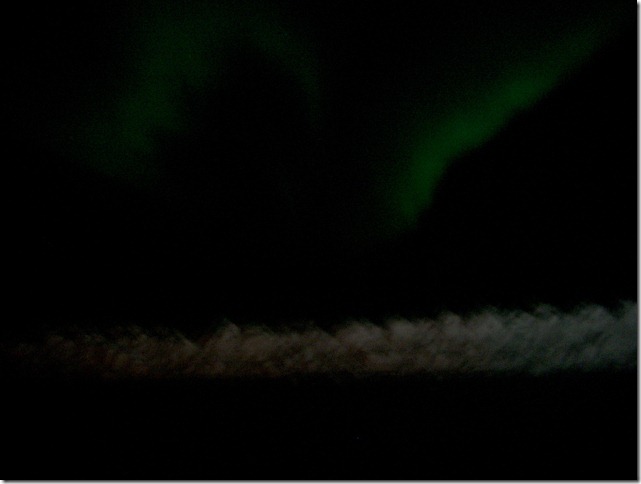 Now here is a resident of the Delta that is hard to get a decent photo of, white on white is a difficult shot anytime. 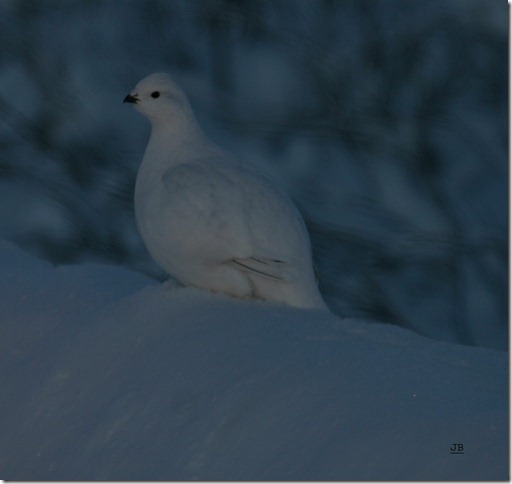 I am actually hoping that this trip we will be flying as the snow is pretty near gone and it would be hard sledding this time of year. 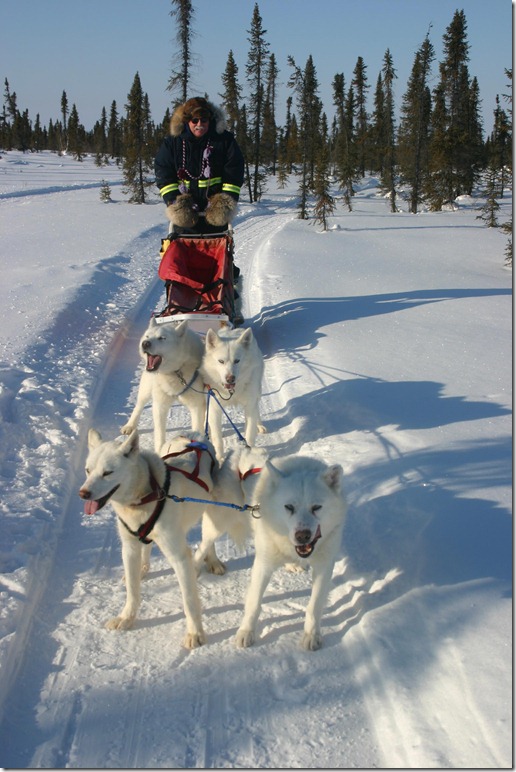 Those fellows could move me along a pretty high rate of speed with just the hiss of the sled runners to disturb the peace. 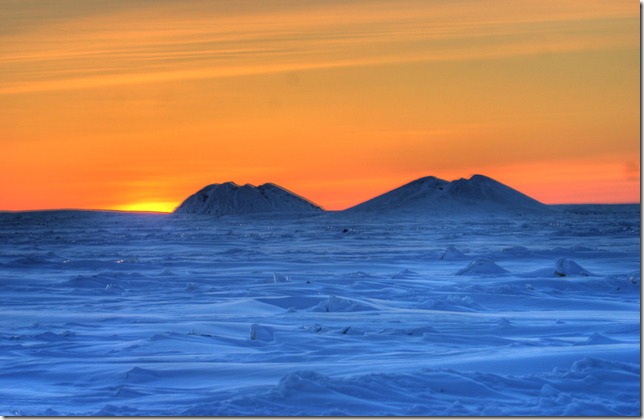 Now how could you miss a trip that allows you to take photo’s like this one.

And the shot below is of Tuktoyaktuk from the air. Actually those white buildings with the blue roofs are the RCMP residences and local detachment buildings. 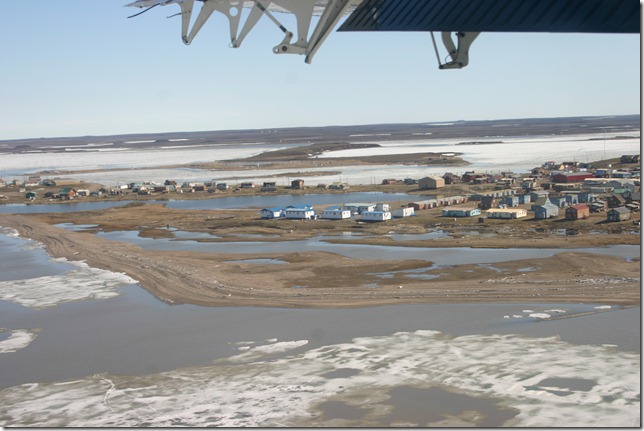 And here is a local cowboy, the grandson of a friend of mine. 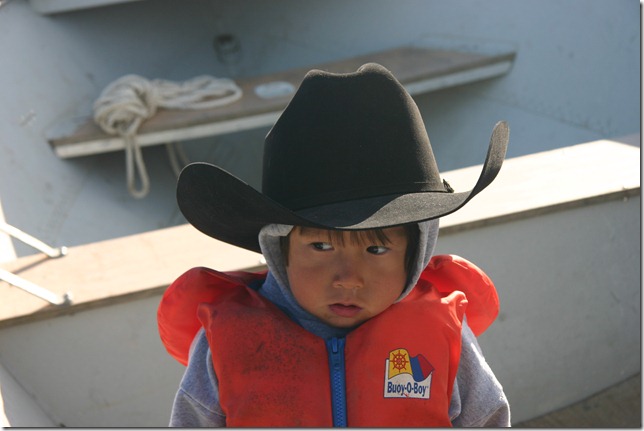 And here is a photo of Brenda standing on the side of the Beaufort Sea when we were here in 2006. 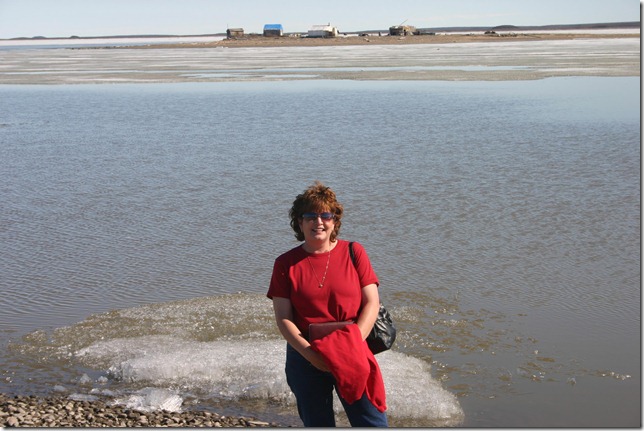 Now what would drag me back into the fray, we are going up to talk to folks about moving a drillship called the Kulluk out of it’s storage location and get it ready as backup for Shell’s Alaskan drill program. This little incident with BP in the Gulf will change how things are done around the world I am sure.

But just in case you think we are not enjoying summer here on the Northern Ranges here is your daily ration of Brenda and Rosie out for a ride. Well we will have to forego our trip to the Yaha Tinda for a week or so while I wander Canada’s Arctic we should still get some rides in before I have to leave next Monday. 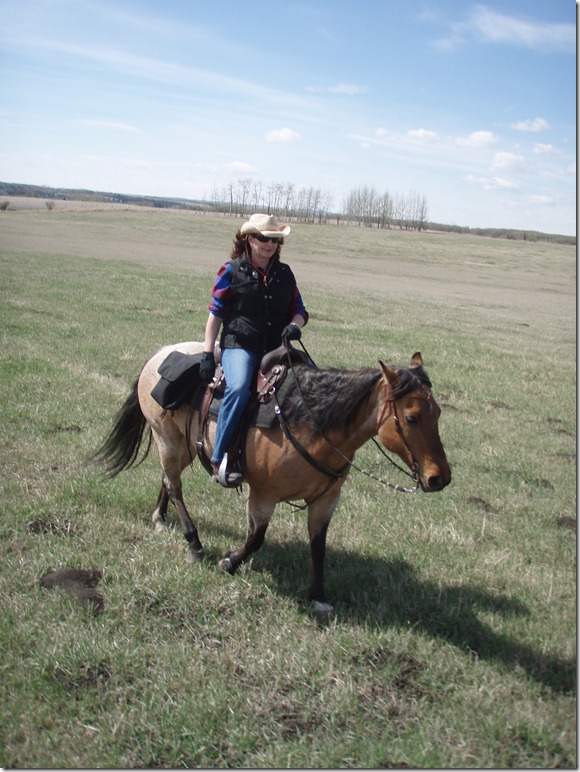 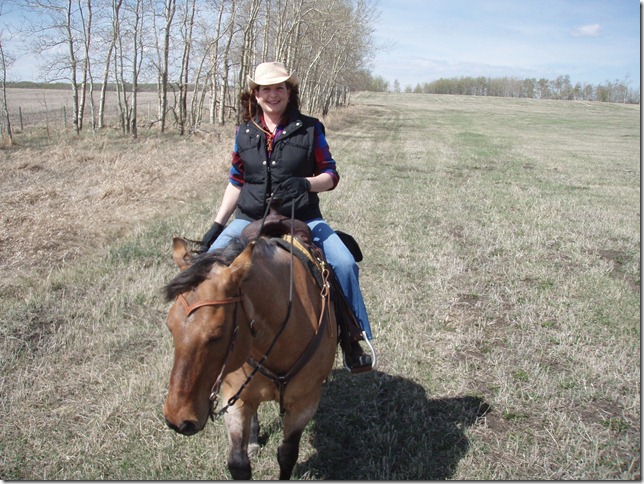 Till next time “Happy Trails”