We headed out on Friday morning to meet some friends up near Wickenburg. It is the annual Christmas Ride for a group we ride with here in Arizona, the Lone Rangers Single Riders Club, yep strange group for us old married folks to ride with, but we have friends who were members and they invited us along last fall for a ride. Since then we have frequented their rides so often that they have accepted us as pseudo members. These folks love to ride and show us newcomers the trails of Arizona and we love to follow them around. They ride once a month over the winter months and we manage to join them on a majority of their adventures. December is the Christmas ride and this year, as last, they gathered in Wickenburg and rode, ate, and exchanged gifts. 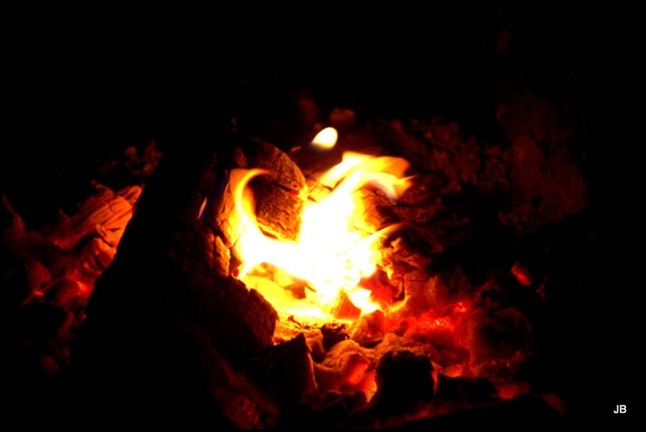 We sat around the fire, shared stories, most of them at least in part true, and a lot of laughs as well as great food. As I have said many times before “we are not part of a riding club, we are an eating club that rides.”

Saturday we rode out under the capable leadership of Dave Modahl and headed towards the “Wheel of Life”. a medicine wheel type of rock art in the desert, 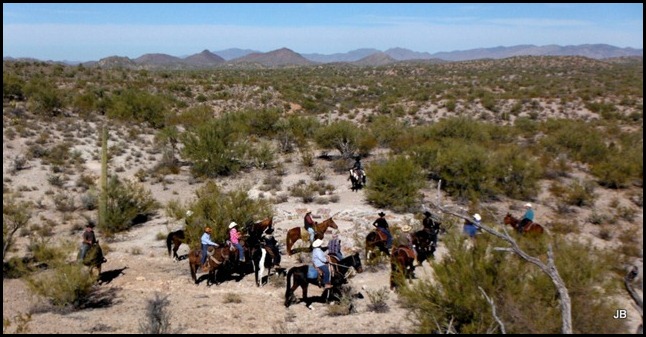 I have no idea how this came to be built here in the desert but have no doubt that it was a labour of love and meant a great deal to someone as there is an incredible amount of work that went into it’s construction. On the way out to the Wheel of Life we had to pass a crested saguaro alongside the trail and as usual we got some pictures while we were there including this one of Linda Modahl and her mule Annabelle. 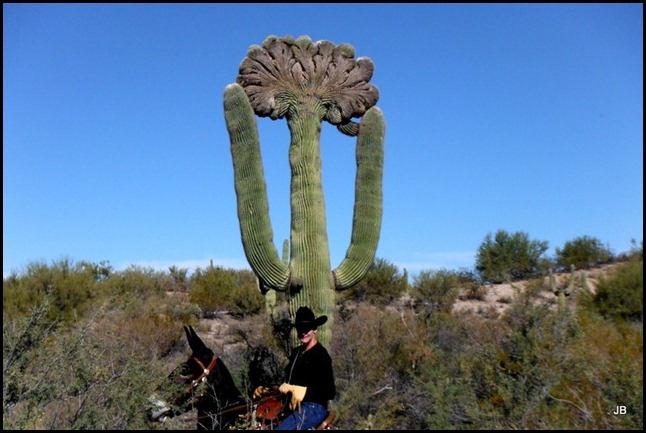 We had lunch at Pete’s Windmill, told a few more stories, then headed back to camp. Brenda and Meg were back in camp as Willow is still lame and we haven’t closed the deal on a replacement yet. 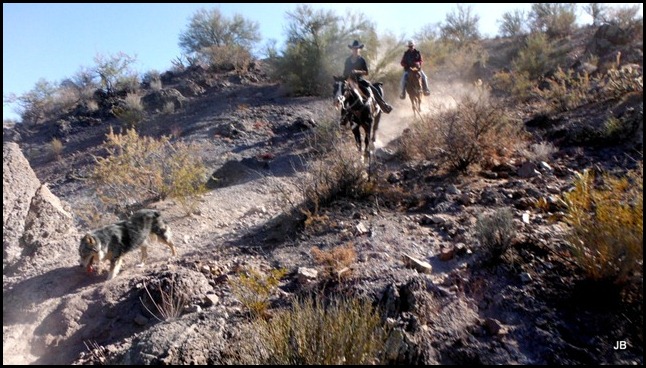 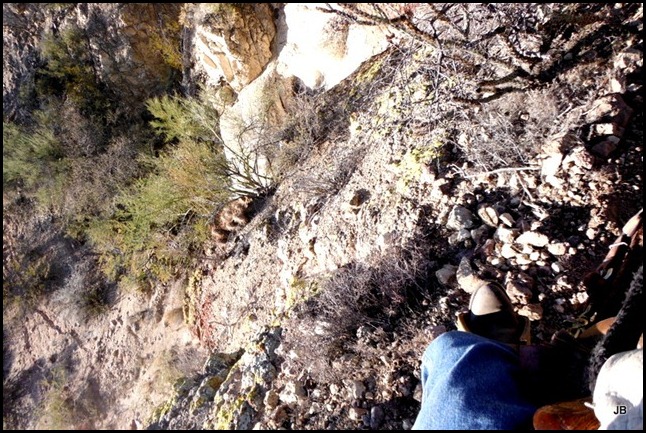 A fellow might not want to slip a little on that trail in the photo above, but Blue is pretty sure footed and getting better and better about watching where he puts those feet.

Here is a map of our ride on Saturday and although it shows some roads on it most of them are only in the mapmakers imagination so don’t try to drive there without a lot of investigation. Our trail is the red one and black trail that joins it is our ride track from last year. 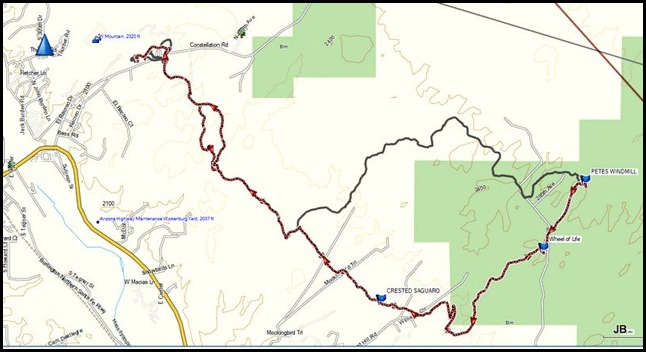 Sunday morning we were up bright and early and headed back to Dogpound South, had to check on Willow, while the rest of the group headed out on another ride before breaking camp and heading home.