Nope we are not heading south, but Brenda is now prepared for a summer of riding in the foothillls and mountains of Sunny Alberta. Although she has been riding with me for over ten years it has always been with a collection of borrowed equipment. So I thought what better gift for Valentines Day than something you can use all the time and doesn’t necessitate wearing sunglasses to look at it. Although I have always liked good stuff, jewellery has never been my style. Yesterday we took off on a quest for the perfect seat. We ended up at K&K Livestock near Strathmore, Alberta and started looking at the same kind of saddle that my niece Caron bought there last summer. It wasn’t long until that penchant for good stuff led us to a Vic Bennett saddle that Brenda fell in love with as soon as she tried it on. 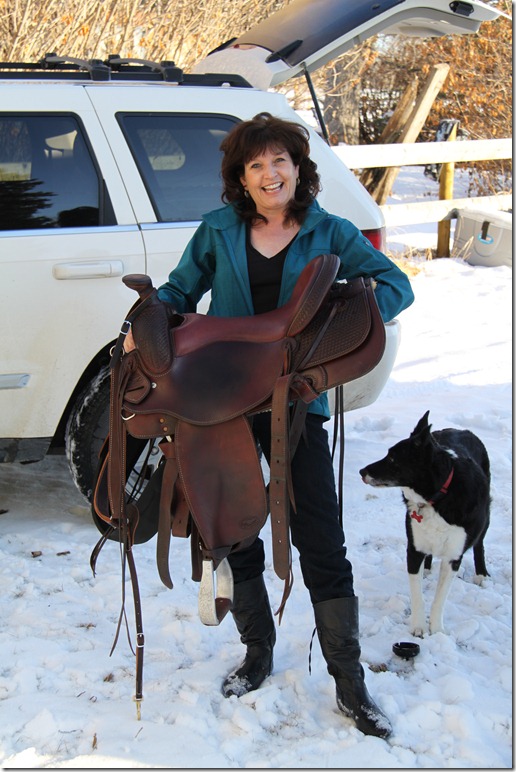 Nice saddle and a pretty girl to boot. Brenda’s dog Meg is pretty interested in the new tack also.

Now I wouldn’t want you to think that I was left out in all this gift giving so I thought I would throw in a pic of my Valentines Day prize also. 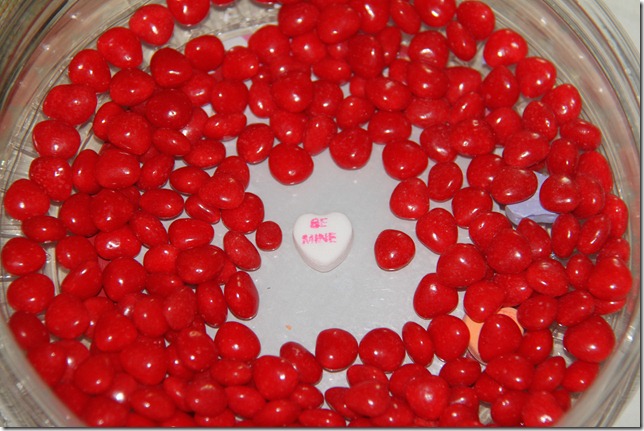 And below a couple of shots of the neighbours up here in the True North. 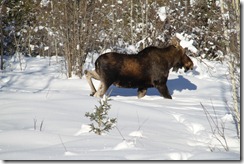 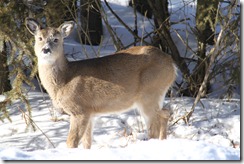 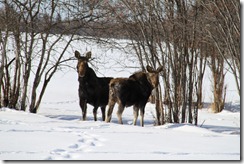 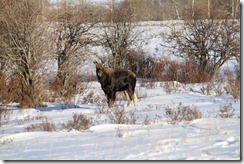