Eventually I will get back to the beginning and explain but for now let me tell you what is happening in Dogpound Anywhere's wanderings about Arizona.

Last time I updated you was back in early February so really I guess this has become a monthly blog, rather than a daily one as it was in its early days. We had just moved down to Ogilby Road and I was curious about who was still in the area, as it turned out Ivan had moved on, Willy was back in Bouse where we left him their spots were empty. We found our usual spot here empty and moved right back into the same tracks we had been in a year or so ago, when Brenda broke her ankle. 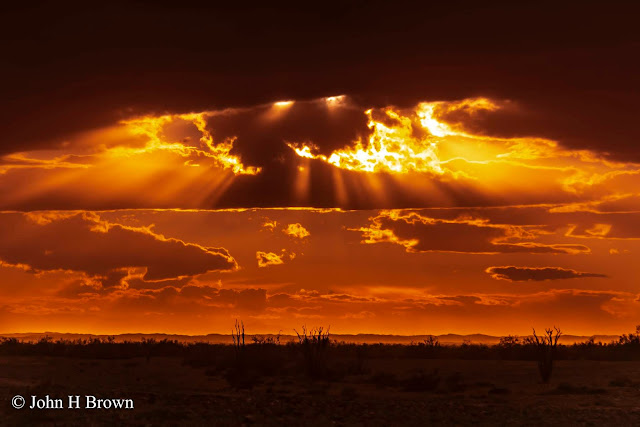 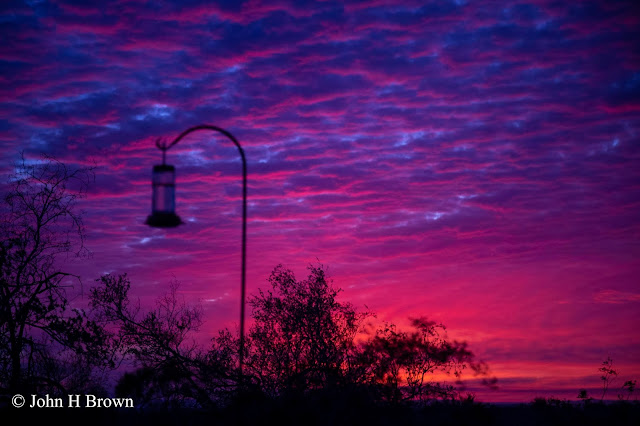 This spot is nice from a couple of different perpectives, it is pretty isolated, not many neighbours, and yet close to Yuma, Arizona, with all the benefits of a big city except for a Costco and there is one of those 40 odd miles to the West in El Centro, California.

We gathered up all our Amazon packages at the local GNC/Amazon Hub so that was out of the way. We also got a couple of visits in with our friends Bill and Margaret Klepachek from Dease Lake, British Columbia, one at their spot in Foothills and one out at our camp in the desert.

Wandering Willy and Ivan and Hailey wandered back into the neighbourhood area and set up just a few hundred yards north of us. They joined us for a couple of morning tea fires and one evening Ivan sent a message over to alert us to a slow moving critter coming our way.
I took this shot with a big telephoto and cropped it in quite tightly. Don't want to disturb these guys as they live in harsh environment and don't need the additional stress of being in a photoshoot. After a couple of minutes of watching him making his way across the desert we left him to his own devices. Hope he makes it safely wherever he was heading.

We were watching the weather over at our next stop and it was a little cooler than we like so we actually stuck around here on Ogilby Road a week longer than we had planned. That allowed us to connect with some new friends Ernie and Debbie and we shared a couple of happy hours with them as well as a trip south of the border to old Mexico for a little lunch. 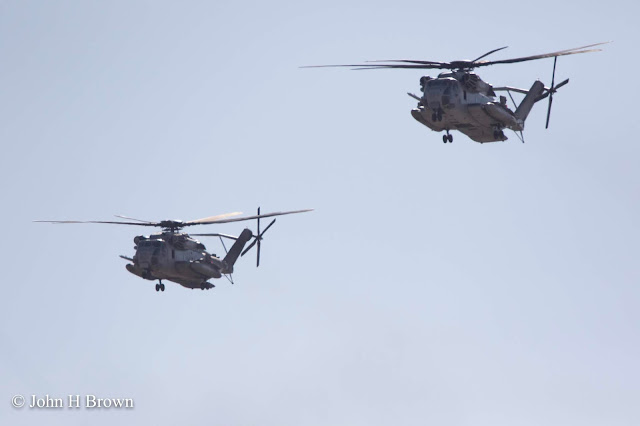 These fellows were regular visitors both day and night over our camp so we were always entertained with them and their compadres in the jets and Ospreys zooming by.

Eventually the weather over east smartened up and we lifted the jacks and headed that way. We stopped at Holt's Shell in Gila Bend to dump and fill our water and fuel tanks, then over to Casa Grande and into the Blue Beacon Truck Wash to get our rig all shined up. They did a great job. Just a note: We heard that Holt's Shell in Gila Bend has been bought by Pilot and will be razed sometime this spring and a new Pilot built on the site. As RV'ers we will miss Holt's and their spotlessly clean lot and RV Dump complete with potable water.

Once we got her all shined up we headed for our old haunts at Picket Post. Our usual spot was taken so we moved over to what I will call the horse camp and got set up there in a pretty decent spot. A day or so after we set up over the hill came Kim and Wendy for a visit with us. They spent a couple of days there, we ate some Mexican food, some stir fry, and a trip into town for some more Mexican. After a day or two they picked up their chairs and headed on down the road. By this time that pesky little virus was rearing it's head in the collective consciousness of the globe but we were still able to enjoy some social distancing in a pretty nice spot.
We spent a nice couple of weeks here enjoying our beautiful surroundings.


I alluded to the looming health crisis a couple of times throughout this blog, but it was always in the back of our mind. We although, out in the boondocks, have pretty good connectivity, so we were following it closely. We love our time down in the sunbelt but we were starting to wonder whether our hosts were actually giving the proper amount of seriousness to this Corona Virus issue. I hate to say it but, at least in our opinion, we were not seeing the kind of changes here that we were hearing about back home in Canada. I contacted our Health Insurance company and eventually they confirmed that from their perspective we were good from an insurance outlook. Even with that assurance we were watching the roads north for a good weather window to appear. Now we had a little complication, our spot here was beautiful and perfect but the trail into it needed a couple of dry days before we would be able to move out to hard surfaced roads.

When those dry days came we jumped, and moved out, that also coincided with a short window of decent roads heading towards the Land just North of Summer that we call home, so once we got those wheels rolling we just kept them going. We got over to Constellation Park in Wickenberg the first night and then just decided to head out and see where we got the next day, weather dependant. We had our overwatch, Brent, watching the weather systems and the roads were good, traffic pretty light so we made it north of Salt Lake City to the Cabella's at Farmington. Thanks for the spot Cabella's and we'll be sure to do some business with you on our next trip as we are self isolating as much as we can and didn't want to come in and wander around your store.

The next morning we rolled out with the intention of getting across the Medicine Line in Coutts, Alberta, and that is exactly what we did. It was a longish drive, and the wait at the border went on for an additional 2.5 hours so we ended up stopping just 18 kilometres north at Milk River.

The next morning, early we rolled north to Dogpound, stopping once for fuel in Ft. McLeod, and nothing else. Matt had put a couple of things in our fridge and we were packing a bunch of groceries in the trailer so we were good from that perspective.

Once we got home, as international travellers, we were asked to self isolate for 14 days, so that is where we are right now. Day 7 is behind us and we have no signs of infection so far. It is a little odd being out here on the farm, life looks normal, until you turn on the computer, or the TV. 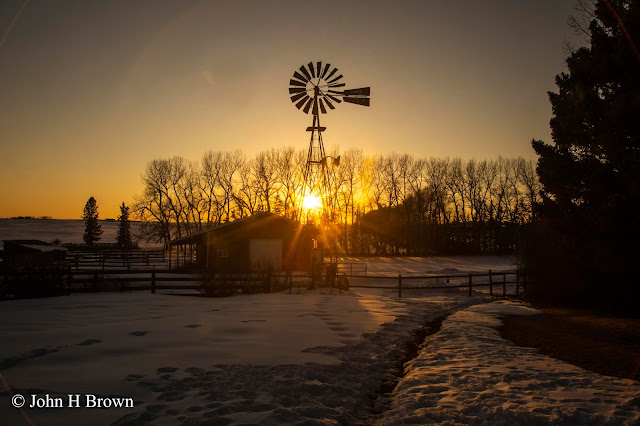 It will be interesting to say the least to see whether our decision to run north was a wise one, from this viewpoint anyway, we are happy with it, there are folks up here who are not taking this threat serious but not in nearly the same numbers we were seeing down south, but then it is ten days later and things might have changed there as well.

Until next time, stay safe, or as the kids say #staythefuckhome
Posted by JB at 4:05 PM