It was a beautiful day at the beach today. Started out with a maritime fog and cloud cover that kind of shut down the sunrise, but that soon cleared off and it was bright sun all day. We just chilled and watched the world go by, visited with our neighbours here, and enjoyed the day.

It was pretty dark this morning but I do believe we have found where Herman from Smith Falls spends his winters down here along the Texas coast. He landed right in front of me and just stood there waiting for the light to get a little better, figure he wanted to get his picture in the blog so that Gordon and Sandra would know he was OK.

We did have the usual complement of chemical transporting barges and LPG tankers transiting the Bay in front of us but today we also had a steady parade of these small fishing and oyster dredging boats heading into Port. Home for the weekend I guess. 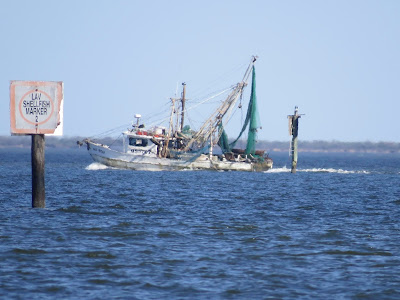 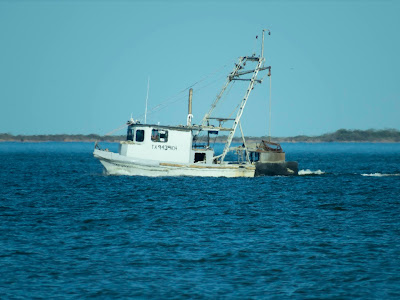 And of course I did manage to get a couple more photos of our rig, the first one I had to stand in the water to get it all in the frame, most of our neighbours here on the beach pulled out this morning so of the 6 or so of us left in the first half mile, 5 were Canadian and one Texas couple from just down the road trying a little boondocking for a staycation. 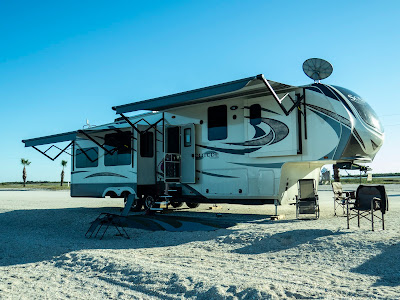 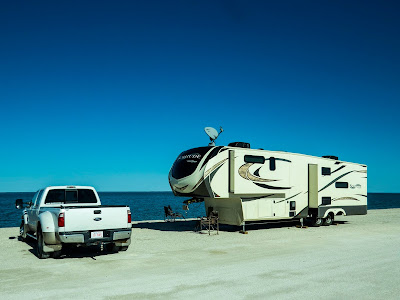 And I did capture this beauty on the beach. 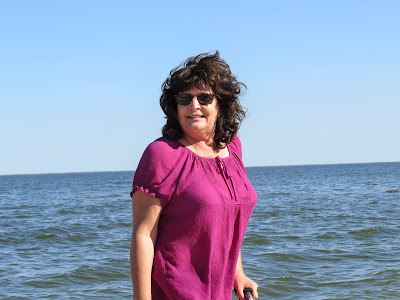 Caught this foggy sunrise a couple of days ago so thought I would close with it. 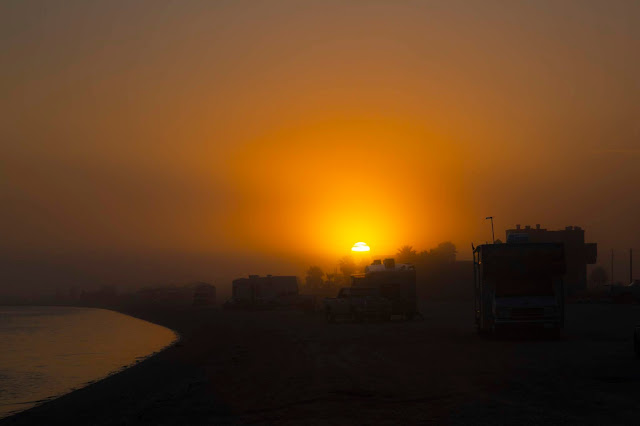