It was a windy, but sunny day down here at Gunsight Wash today.  Temps in the mid teens Celsius I guess around 50F, but the wind made it seem much cooler. We just hung out in camp for the most part although I did run into Ajo to mail some Christmas cards and pick up a little BBQ sauce for our country style ribs. Not sure why they call them that, though they were good, there were no ribs to be found anywhere in them.

I had took a couple of shots of two of the murals that are around Ajo, there are many more. 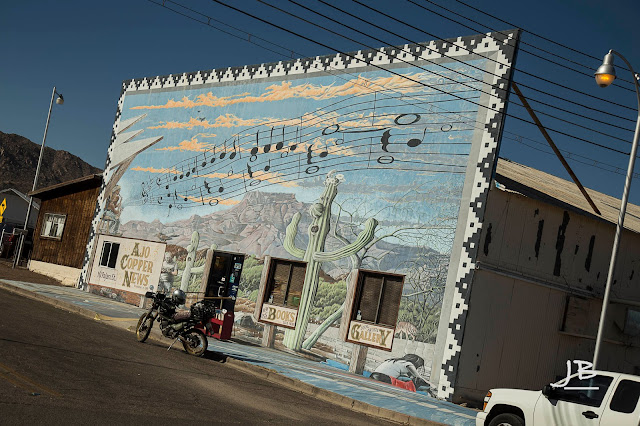 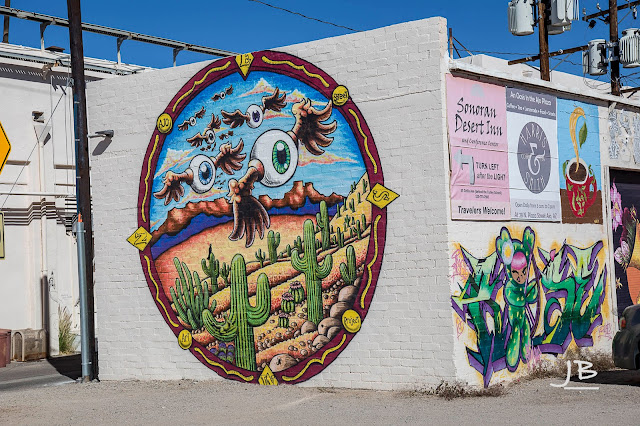 And then stopped for a visit at the mine pit museum. The fellow/historian who was there reminded me of my Dad, he had a story for every picture in the place and was one of those fellows who probably was pretty good at filling in the blanks when the record was a little short on details. He made it almost sound exciting to work at the bottom of that big hole in the dead of summer when it was about 160F down in the pit. Not sure at those temps if you need to smelt the ore to get the copper out, or if it just runs out and you ladle it into buckets.

A couple of visits today from our friends from the Air Force, but nobody right down on the deck pretending to shoot us up. Got a couple of responses from Al and Ivan about boondocking near Bisbee and it seems that is not as easy as it sounds. We might just have to stay a little farther afield and just make day trips down into that country. The Queen Mine RV Park in Bisbee apparently has a low bridge to go under to get into and Dogpound Anywhere is not exactly a low bridge kind of rig, but we will figure out something. 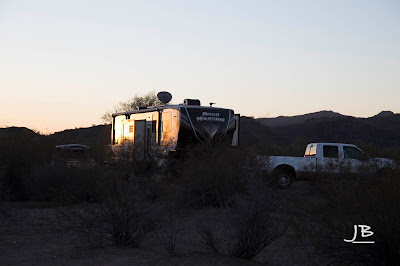