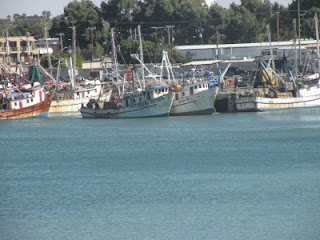 The harbour at Puerto Penasco


Well it is time to move on. We have been here for just one week but want to get up to Phoenix and have a visit with my uncle before he heads over to Palm Springs to see his sister, my mother, who is visiting with some friends over there. Sounds like the whole family has headed south to escape the cold, but never fear we still have all our kids and grandchildren left in the North Country. We are not sure but we will probably come back and spend some more time here after we get done visiting with Uncle Brent and my cousin Mickey in Gilbert and hopefully get to pop over and see George and Shirley in Peoria. We'll probably hang our hats at the KOA in Apache Junction at least for a little while.

We have certainly enjoyed our time here though, the desert is wonderful for my walkabouts and it is pretty peaceful as well as picturesque. We ran in and watched some of the Old Time Fiddlers contest in Ajo over the weekend and even managed to catch up on our laundry.

Today, Monday, we headed south to Puerto Penasco down in the Mexican state of Sonora. It is about and hour and half south of our campsite and you need to insure your vehicle for driving in Mexico, but there are vendors in almost every nook and cranny in Ajo, Why and also in Lukeville right at the border crossing. It is always an eye opener seeing the differences in ways of life that a small black line in the desert makes. There is a lot more visible poverty on the Mexican side than on the American side of the border, I guess that is one of the big drivers for the illegal immigrant problem. There certainly has to be a huge difference in government programs north of the border and it makes one wonder what the Mexican government spends the money they generate on. Certainly not roads or picking up garbage. 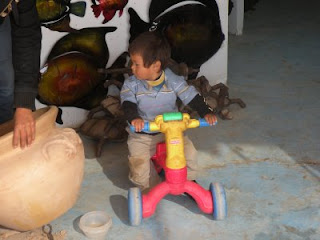 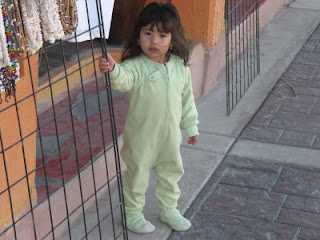 Here are a couple of the storekeepers along the Dirt Mall in Puerto Penasco.

That said the people are friendly and although it is much different we like to run down and do a little shopping and especially pick up some of those great fresh shrimp. Every time I go I say I am going to learn Spanish so that I can converse or at least figure out what they are saying about me. The locals speak excellent English as a rule and certainly make a better effort to understand me than I do them. The shrimp really are an oxymoron as you can get BIG shrimp down here for a pretty reasonable price. Needless to say we will be eating shrimp for a while now. 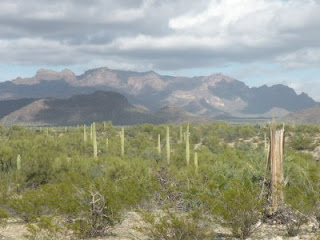