Well although the calendar says it happened a week or so ago, this was the first day of fall around Dogpound North. There was frost on the ground when I went out to feed Willow and Blue and the wind was working itself up to a minor gale. All summer I have been putting off doing the farm books and today was the day. That took me a good part of the morning. Then it was onto sending in some receipts for prescriptions and such to our insurance company. That is an artefact of my working life but it is nice to have someone willing to pick up the odds and ends that our Universal Health Care doesn’t cover.  I usually put off that kind of stuff until the weather is not conducive to working around the place outside, or the deadline is approaching. Today the weather gave me the opportunity. Then it was time to get some insurance details for the motorhome worked out. In the past we have paid a premium to allow us to take it south of the medicine line for more than 4 months and as we are just taking our LQ trailer and heading for Dogpound South the insurance company will have to look for some other pigeon to pay for their next skyscraper.

Once that was done there was a cabinet in our living room here in the house that had a myriad of treasures stored in it and today was the day to mine that treasure trove and see just what was there. Amongst the many manuals for equipment that has long left the farm, there were some neat old pictures. Just slide your cursor over the pictures and some of them actually have some details in the titles. 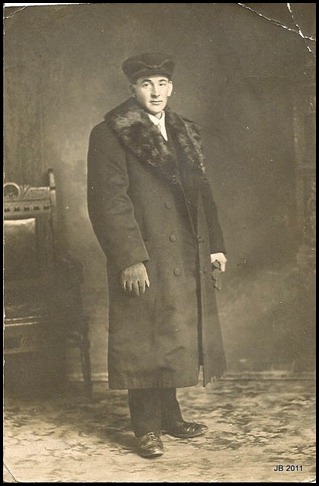 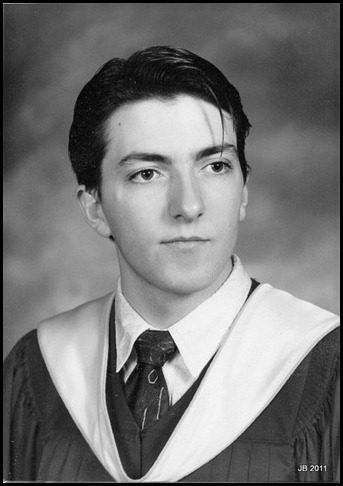 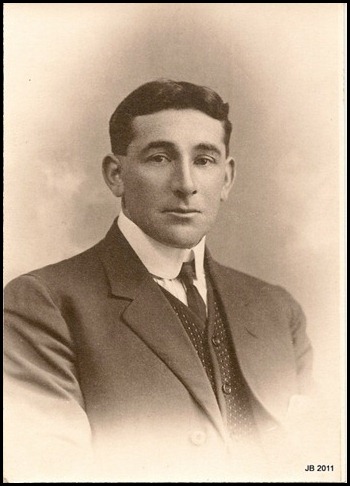 On the left my son Matt and on the right my Grandfather Walter Brown. Some family resemblance there I think. 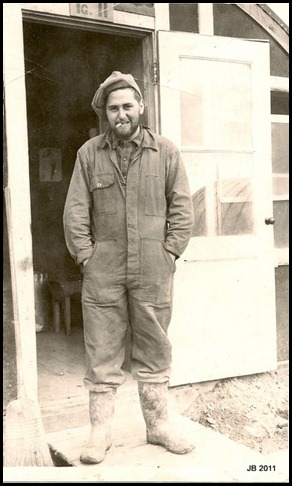 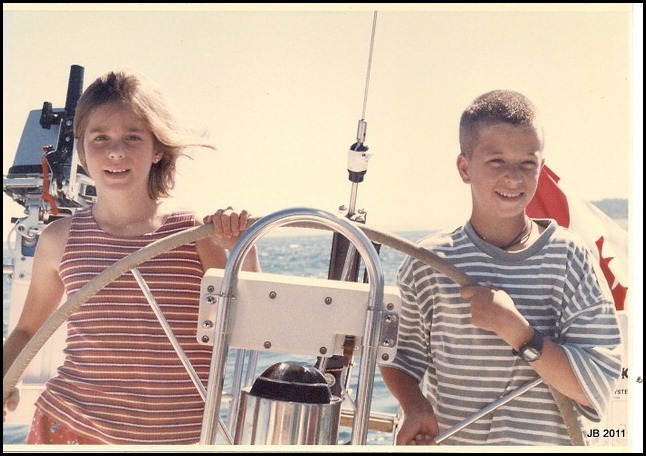 Now let’s take a jump ahead about 50 years and find my niece and nephew on their Dad’s boat “Ain’t Life Grand”. They have grown a little since this picture. Ryan is 25 and Caron is 22. A couple of weeks ago when we took Mike and Janna out to the Yaha Tinda I mentioned that we had brought a few folks there over the years but the picture below must have been our biggest crowd. 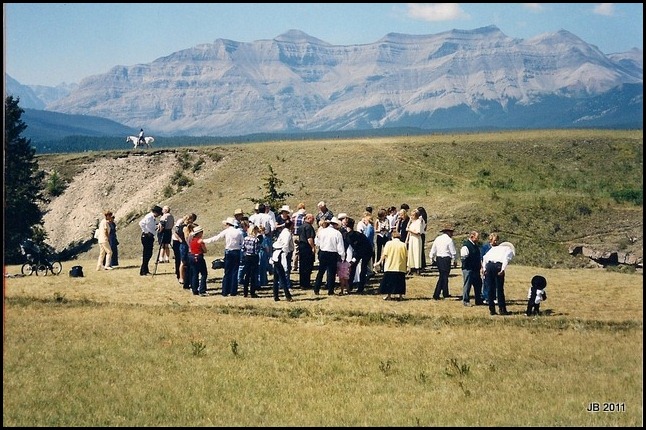 Brenda and I had all these folks hike up to our overlook of the Bighorn Falls to witness us tying the knot back in 2001. The little cowboy on the right is my nephew Christopher and he pretty much stole the show and in my minds eye that white horse in the background is a Spirit Horse and Rider just watching over us. 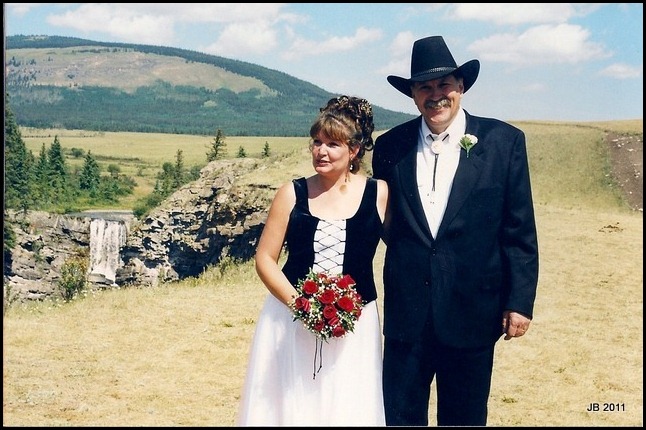 Me and my beautiful bride and below is a picture of my two little brothers and Christopher in his full regalia for a cowboys wedding. 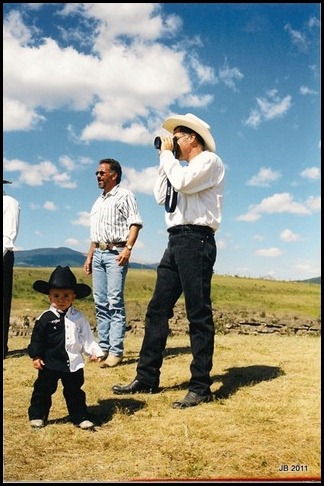 Just for the record though absolutely none of the pictures in this blog were taken by me, although I did scan each and every one of them so I could share them with you. As you can see above Brent was wielding his camera, as well as a couple of other friends Peter Hanson, and Stacey Kelley.

Well enough wandering down memory lane and tomorrow is supposed to be a much warmer day so maybe I will be able to get back on track and get our rig washed up for its trip south.