Okay Paris it is Then!

After spending almost ten days in London we were ready for a little change of scenery. Kind of get away from all the hubbub of London. We hopped on the Eurostar and tore off for the continent for a little visit. And when I say tore off I mean tore off, that things cruises somewhere around 300 km/hour or 186 mph for those imperial measure folks. That’s moving right along, we paralleled a highway for a while and those folks looked like they were parked. It also travels through a tunnel about 50 odd kilometers long or 30 miles under the English Channel. I’m thinking when my grandfather fought his way across France in WWI with the cavalry it probably took him months if not years to get to Paris, for us the journey was just over two hours. 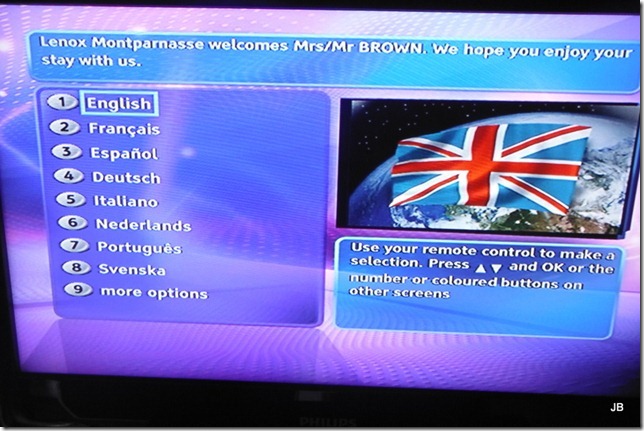 And who says the French are rude, even the TV was glad to see us come to visit.

We have just strolled around the neigbourhood a little and discovered a likely looking Italian restaurant just down the street. We looked at a few French restaurants but my French is pretty rusty, or non-existent, and both my stomach and my mind know enough Italian to know what I am eating. But we will see if we get adventurous. 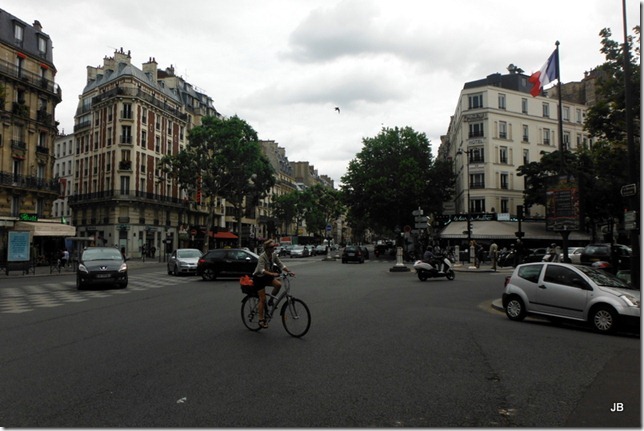 Above is a shot of the boulevard just down the street and below is our hotel, we are the window center left, two floors above the bar sign. Nice room if a little small, but that is the norm over here. 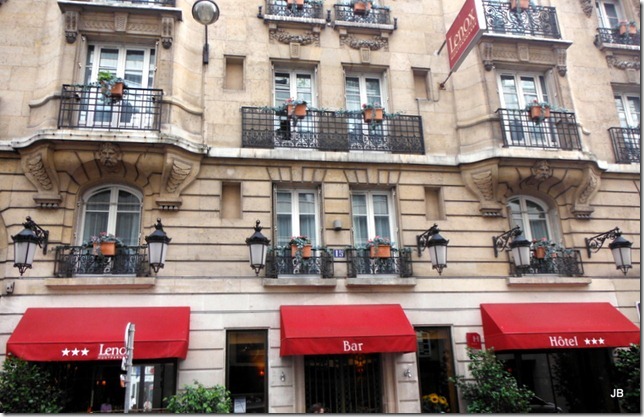 I took these shots below for Retired Rod, in this part of the world the scooter guys don’t wave at the Harley folks and they far outnumber them too. 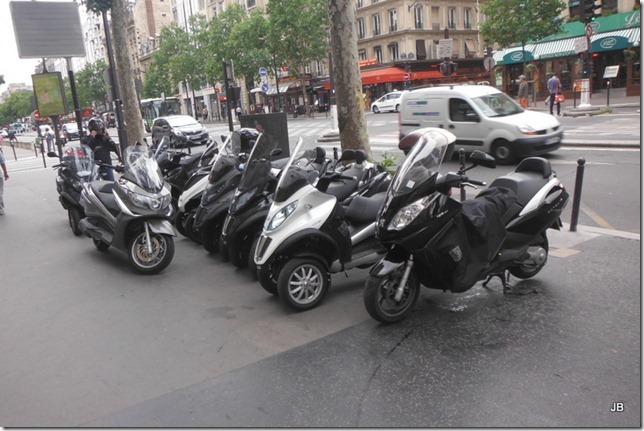 There are a lot of these scooters with the double fronts wheels both here and in the U.K. 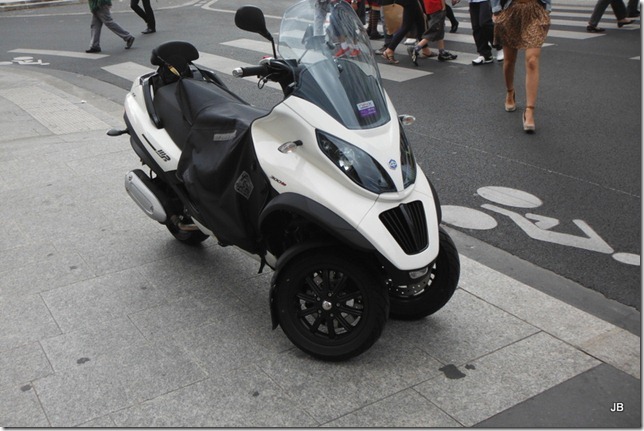