Now that our home is back it is time to start getting ready to roll later in the week, so Meg and I started early this morning with our daily walk. We managed to spook a couple of bull moose along the way and even saw a giant cat driving a car by the gate. 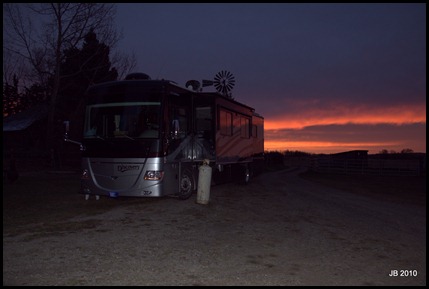 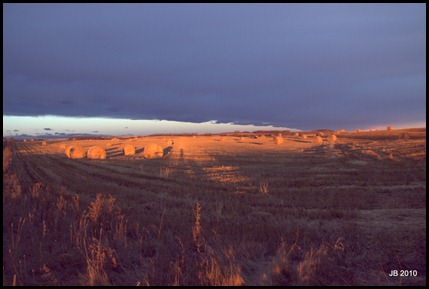 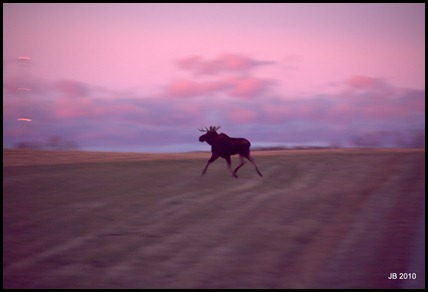 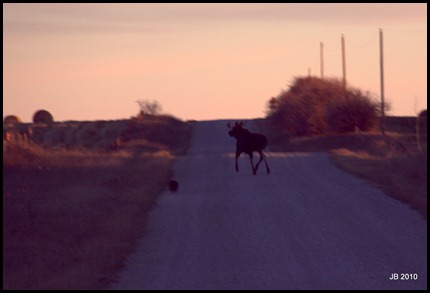 The moose (if a little fuzzy) and the sunrise were real but the cat was a neighbour lady heading into work and I guess it is a day to dress up for work.

Once we got back we brought the horses in and wormed them so they should be ready for winter. Also brought them into a centre pasture as hunting season starts Monday and lasts about a month. After the hunters are done patrolling the roads in early December I will get my son Matt to open the gates so they have the run of the place. Till then it is nice to keep them up close to the buildings.

Also had time to repack the storage bins we carry underneath so we are not carrying any of the stuff we have never used since we hit the road a couple of years ago.

About noon we took off to Calgary to catch a soccer game with our grandson Luc. His team seemed to have it together and won although the score is a bit of a mystery as they don’t post it. They all seemed to have fun and did they ever get a bunch of exercise running after that ball.

Once the game was over we followed Paul and Luc home and did a little pumpkin carving. The kids were better at it than Brenda and I but it appears that the jack-o-lantern will light the way to their step just fine tonight. 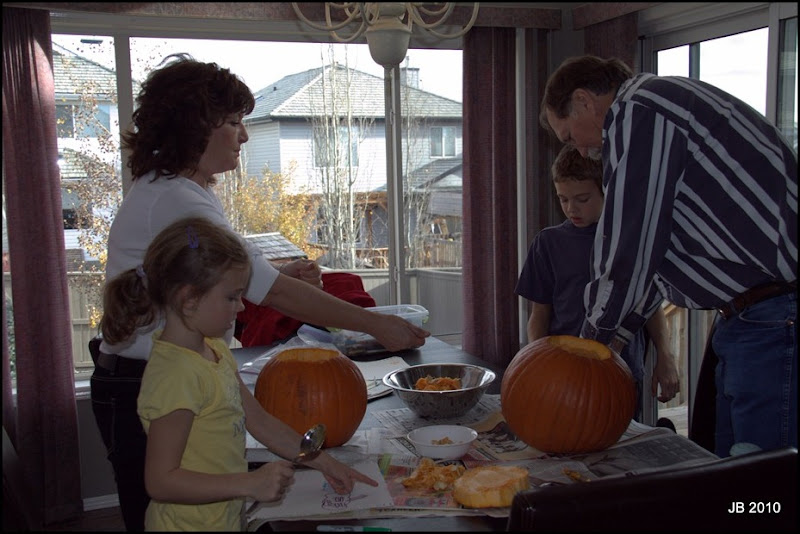 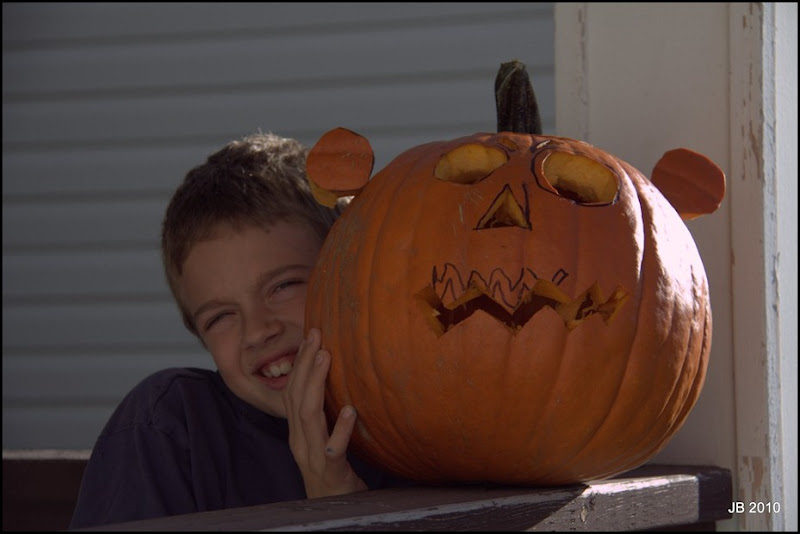 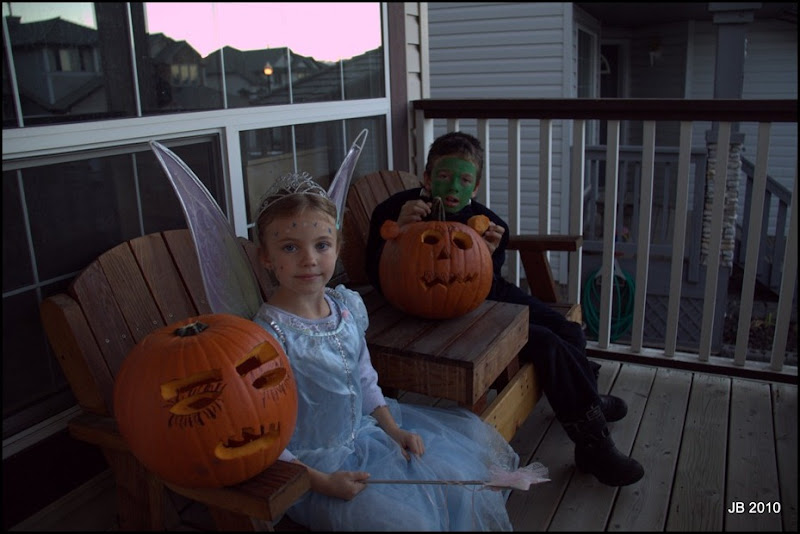 And here are the pictures of the kids in their costumes. 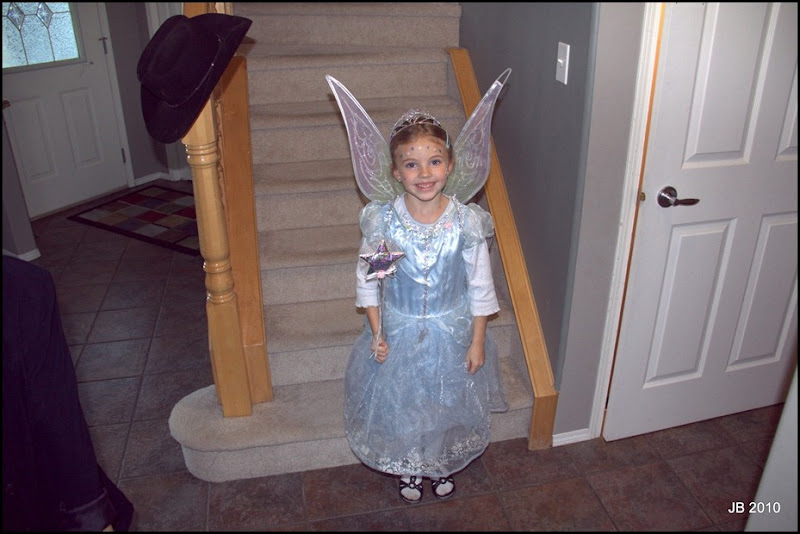 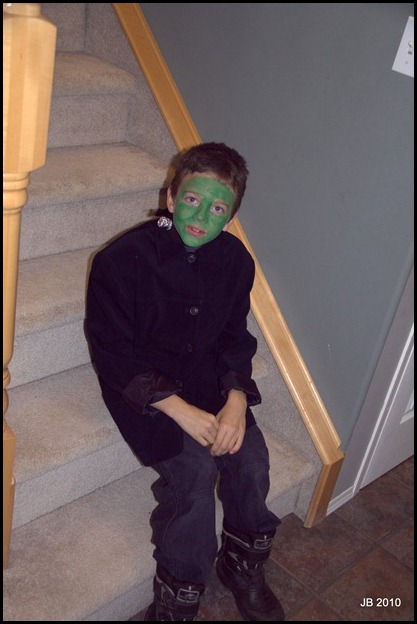 I am not sure that Luc won’t have a green face tomorrow but he will certainly have fun tonight lurching around the neighbourhood scaring the other kids.

Luc and I got to watch a little of the movie Avatar on their home movie set-up, now I think rather than heading out to the theatre Brenda and I are going to just slip in the back door at Paul and Terri’s, mooch a little popcorn, and settle into that big comfy couch to watch the latest releases.

And before the kids headed out to collect all the candy they can eat, we were served a great meal, rib-eye’s done to perfection with all the fixings and then apple pie and ice cream. Doesn’t get any better than that.

Thanks for the great day kids and we will see you in the spring.