Springtime in Alberta is sometimes a little different than in other places. We don’t get to many tornado’s or any hurricanes coming through but we do get the odd surprise snowstorm as spring unfolds. Would have been a good day to hole up in the RV today but as luck would have it today was the day I was scheduled for an MRI. Guess the doc figured my magnetic personality needed a little recharging. Loafing around in a plastic culvert is not my idea of a good time but other than the close quarters things went well. I am supposing that sometime in the future those folks will be in touch to let me know the results of this mornings adventure.

Back to the more interesting stuff though, as Brenda and I ran into town early this morning we were in the middle of a full blown spring blizzard. We passed a couple of drifts that were actually higher than the windshield of the Jeep and the highway was down to less than one travelling lane in numerous places. Luckily there were very few other folks driven to wander about in the storm so we managed to crash and smash our way into town.

Here is a shot of what greeted us this morning 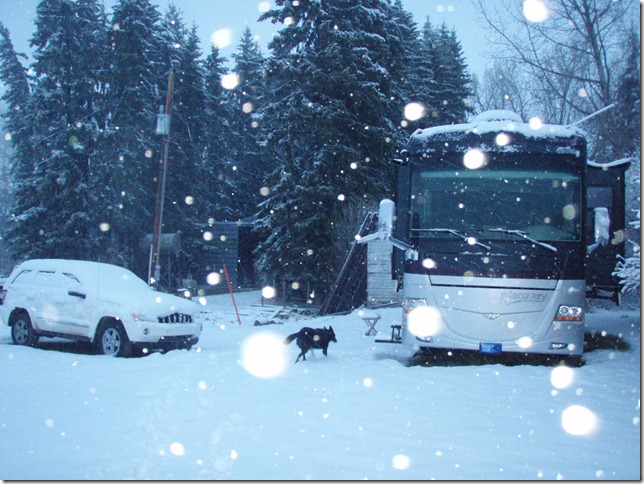 This was a shot of Highway 22 west of our place as I was coming back in the early afternoon. I had dropped my little pickup off yesterday to get serviced and a few warranty items looked after so was later in the day coming home. Brenda had returned with the Jeep earlier and the roads were a lot worse then. 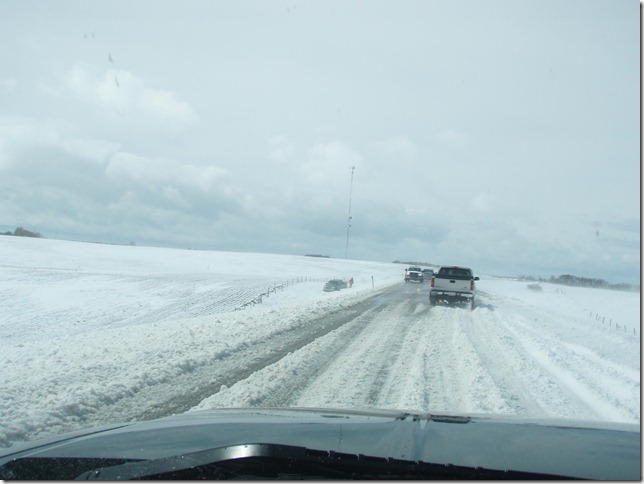 Now the next two pictures are of the Range Road going by the farm and my son Matt had been to town a couple of hours earlier his tracks were drifted full with a couple of feet of snow by the time I came through. 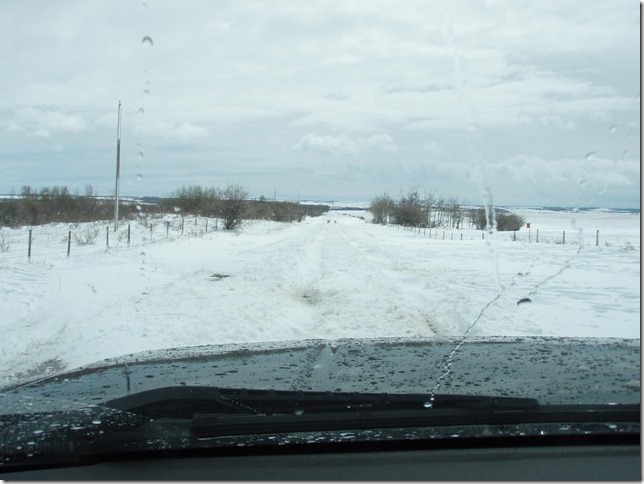 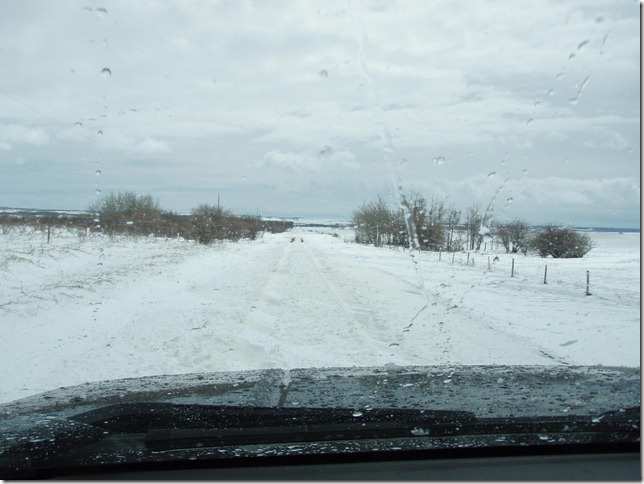 The great thing is most of this snow will have turned into much needed moisture and will be soaked into the ground within a day or two and we should be OK for another little while, but traditionally the Victoria Day weekend in the third week of May which is the official start of camping season is usually our last snowfall of the spring. Now the summer storms don’t usually start for a week or two after that but who knows for sure…..lol.