Out of the Mountains

We don’t spend all of our time out west in the hills, sometimes we are just hanging out on the farm and watching the world go by. It is haying time here on the Northern Ranges, what with the cool spring we had it is a few weeks later than normal. It looks as if we found a window in the rains though. We got it off without to much moisture affecting it and 80% will go to the hay plant down the road. From there it could end up in Japan feeding some of those Kobi beef cows. We grow timothy hay and although it is great for our horses, the Japanese actually use it for roughage for their cattle and rely on grain for the rest of their nutrition. 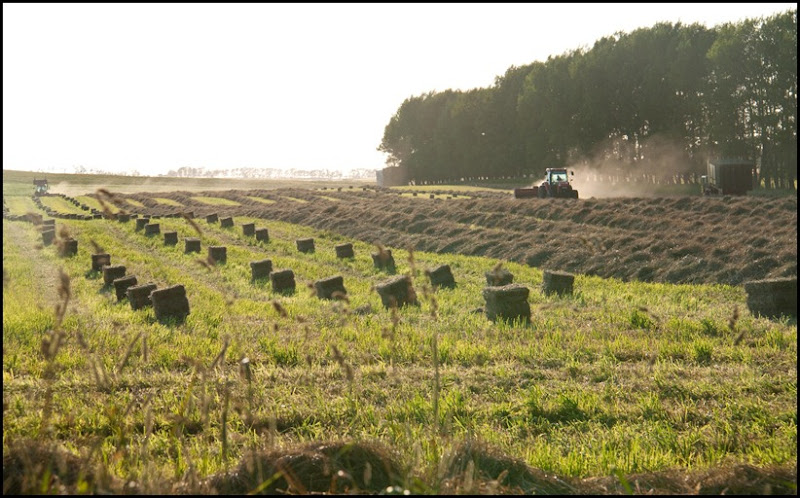 What with two balers and a bale wagon it gets done in a hurry. 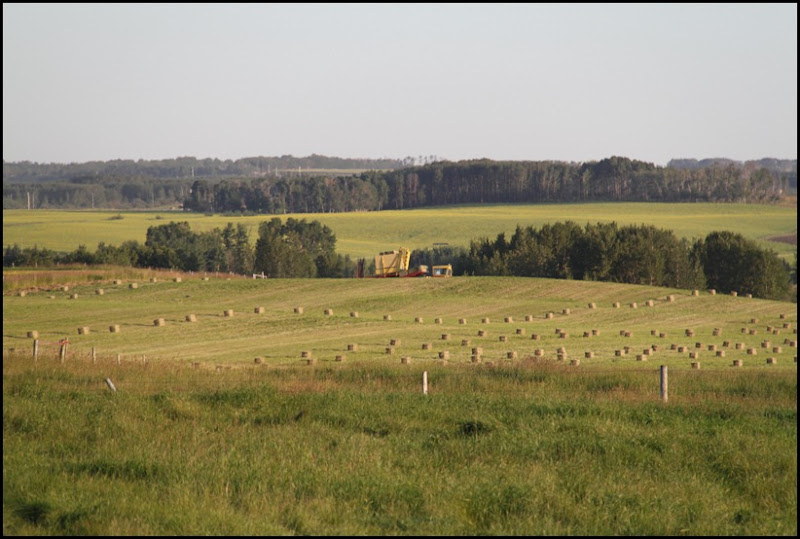 Along with the hay crop we have a few acres of barley to harvest also but that will be another few weeks until it is ready. The shot below is across the neighbours field to his buildings and also a sunset over those same buildings. 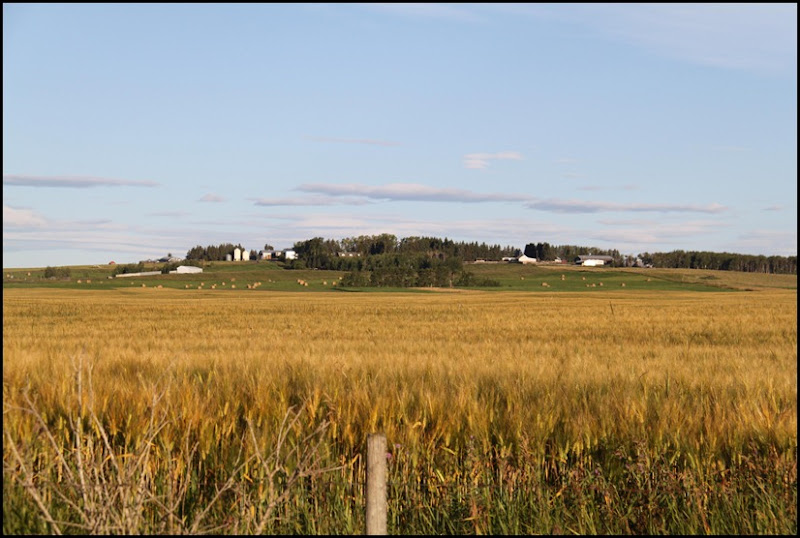 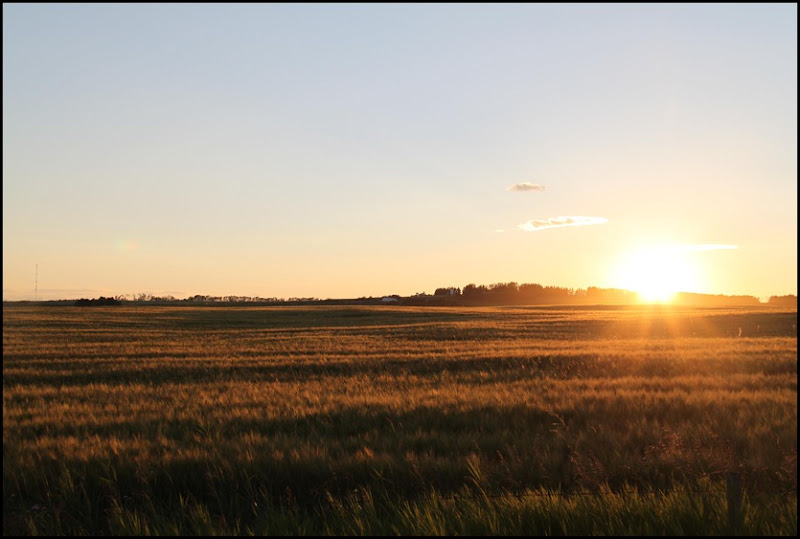 After a few days watching the haying work going on it was time to hit the road again and head for Rocky Mountain House for a visit with Lacey, Clayton and of course Ms. Ella. She is growing like a bad weed and her grandmother says she can walk forever. She has learned a new photo smile since we were here last time.

And here she seems to be saying, “Hey, how do like it when the camera is always pointing at you.” 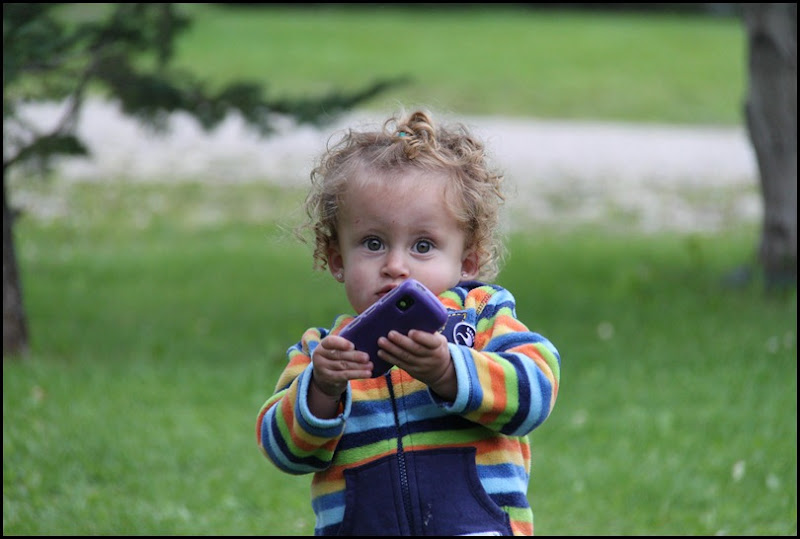 We are camped at the New Old Town Cabins and RV Park here in Rocky Mountain House. It is only about 1/4 mile from Lace and Clayton’s place and is a pretty nice spot. Our site is quite large and the neighbours appear to be quiet, in fact I don’t even think they are there, maybe they are just weekenders. 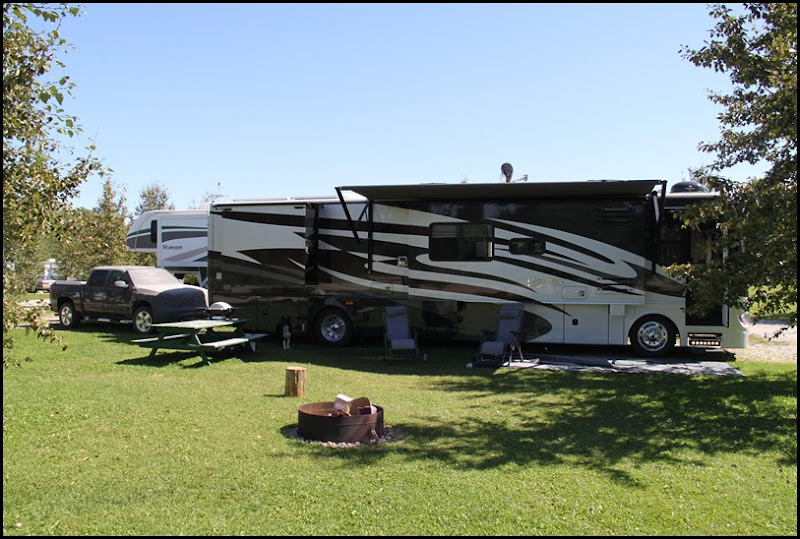