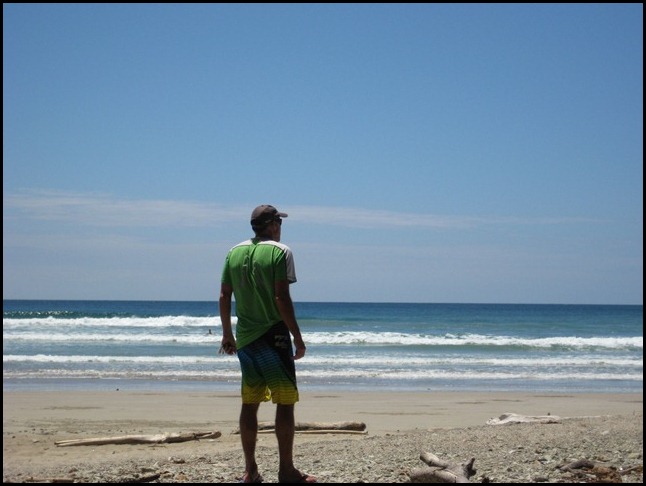 A picture from Brent’s tribute reel, not sure who took it or where, but it did strike me as appropriate. He was always looking at far horizons while dealing with today,

and more often than not those horizons included a lot of ocean. June 30, late in the evening as Brenda and I were making the last preparations for our trip to Rocky Mountain House for Miss Ella’s birthday on the 1st and then our trip to Arizona the phone rang. It was my Sister-in-Law Tricia with the sad news that my little brother Brent had died at his mountain cabin near Exshaw, Alberta. My father was with them at the cabin but my mother was at her home in Calgary so I jumped in the truck and headed into town to break that horrid news to her. Now Brent had in the past had some rhythm problems with his heart but about a year ago they resolved all those issues and he had a clean bill of health, and he earned it, never was there a man more dedicated to eating right, exercising regularly and doing everything possible to ensure that he would be around to be there for his children while they were growing up. We heard on Monday night that it had nothing to do with his heart and was a massive non traumatic subarachnoid haemorrhage. The pathologist figured that there were probably no warning signs and it was almost instantaneous so that was some small comfort.

To have lived well,
Laughed often and loved much;
To have gained the respect of intelligent men
and the love of children;
To have filled a niche and accomplished a task;
To have left the world better-
whether by an improved poppy,
A perfect poem or a rescued soul;
To have appreciated earths beauty
And not failed to express it;
To have looked for the best in others,
And to have given the best of yourself.
That is achievement.
- Robert Louis Stevenson's "Achievement"

Brent was an achiever, one of those folks who seemed to always be able to make any group he was with better with just his participation. As his father-in-law said the other day when he was around the whole was always greater than the sum of its parts. 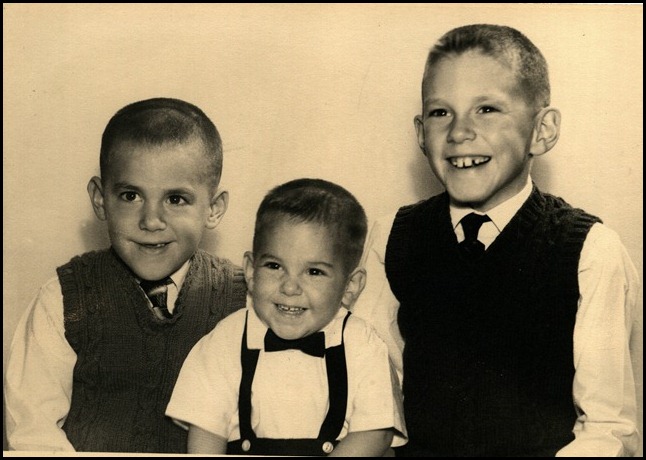 Brent on the left

In his childhood he was “hell on wheels”, and you can see the devilment in that grin and the twinkle in his eyes, and I know drove my folks to distraction with his antics. He always lived on the edge, but with him that was a well calculated risk and although he frequently suffered the consequences of his actions he never regretted taking the chance. Consequently he did and saw things that other more conventional folks missed out on. Like my youngest brother, Kelly, he was a great skier as a young man, and one of those calculated risks left him with a bad hip that he had replaced 17 years ago. His comment at the time rings poignant now, “I need a new hip now, to do things with my children and my family, and I know there is a risk getting it done so young, but who knows where I will be in twenty or thirty years when that becomes an issue.” 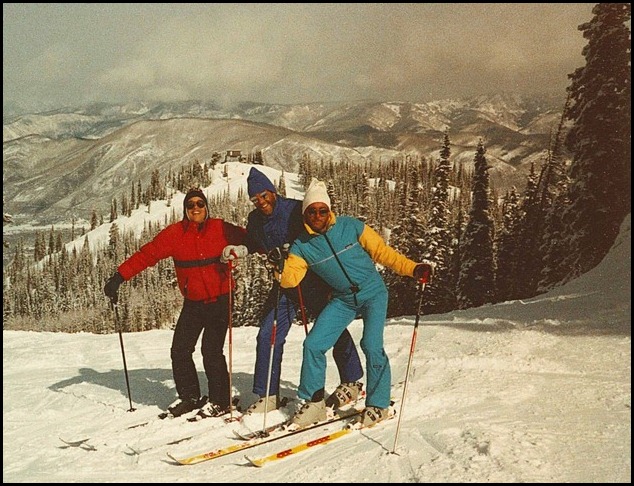 From the right, brother Kelly, brother Brent, and Peter Hanson (aka the fourth Brown boy)

or was it really the Mod Squad having a day on the slopes at Aspen, Colorado

As a little brother he was a force of nature, there was nothing that he didn’t do well when he put his mind to it. All of our childhood he avoided mechanical stuff with a passion but later in life he took up sailing and figured there is not always a repair shop or chandlery around the corner so he needed to be able to overhaul his boat on his own. Same with navigation, just maybe the three or four GPS’s that were around the boat would all fail, so he learned to navigate by the stars with a sextant. I remember standing out by Glenmore Reservoir while he took a sighting to figure out our location. Heck, I knew where we were, there was a street sign right behind us. But he was determined to be able to bring himself back to home without all the new fangled equipment.

In his business life as in all things he excelled. The oil industry treated him well, particularly as an "oil trader extraordinaire". Recently, he served as President of SemCanada Crude Company and a VP at Petrogas Marketing. But his beginning were a lot less auspicious, he started squeezing oranges for Orange Julius in his early teens and by the time he was sixteen he was running their stands at fairs all over western Canada. They wanted him to come to work full time with them and who knows if he had of maybe Warren Buffet would be buying Orange Julius stock instead of Coca-Cola. 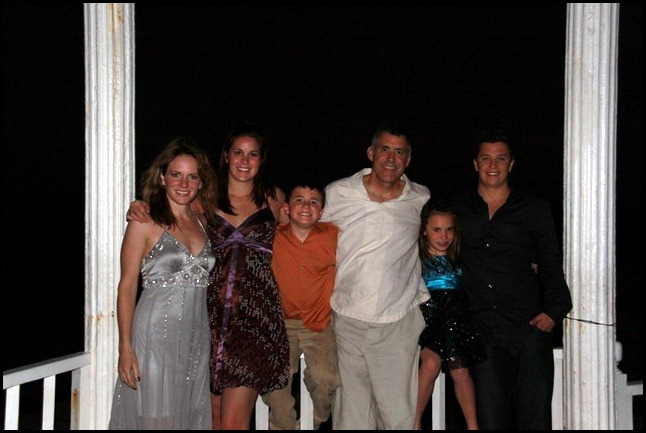 Brent and his family in Cuba for New Years Eve 2009

His kids were always at the centre of his world, his oldest two Ryan and Caron are finished university and well along their journey to making their Dad proud. The younger kids, Christopher and Remee, are just 11 and 9, so still have a lot of growing to do, but their Dad has given them a foundation that will support them whichever way they go, and both sets of kids are blessed with strong, independent minded mothers who will certainly help them and each other over the bumps ahead. It gives me great pleasure to observe the love and respect that these two women who at times throughout his life, have each loved, and been loved by my brother, have for each other. 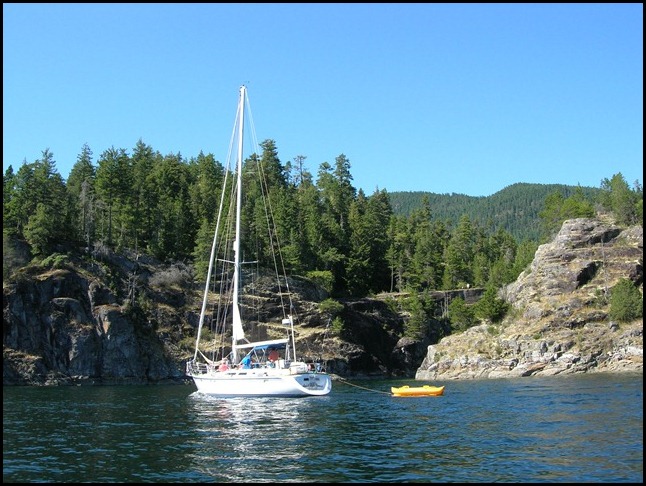 Brent was a sailor at heart and up until a year or so ago kept a large sailboat on the West Coast. He and his family have had many great trips around the American San Juan Islands and the Gulf Islands on the Canadian side of the border. As well as sailing there he loved to go to the Caribbean sailing and tried to get down there as often as possible. One of my great memories is of a trip that he, my father, and my other brother Kelly took a number of years ago to the British Virgin Islands. We spent a glorious week wandering around those blue-green seas with no particular destination in mind and just enjoying each others company. Great time. Another time the four of us got caught in a storm off the West Coast and with a few equipment failures like the main engine, main sail, radar reflector and navigation lights, followed by all power managed to weather the storm until the weather subsided enough for the Coast Guard to pop out and give us a hand setting some anchors.

Brent traveled the world with his family and friends and last winter spent two months in Costa Rica with his family, chronicled on his blog a “Bunch of Brown’s on a Beach” (the first picture in this entry was apparently taken by my mother on the last day Brent and his family spent in Costa Rica). And then a couple of weeks in London and Italy at the end of April and beginning of May, with his wife Tricia. As we have come to expect from Brent his timing was impeccable. 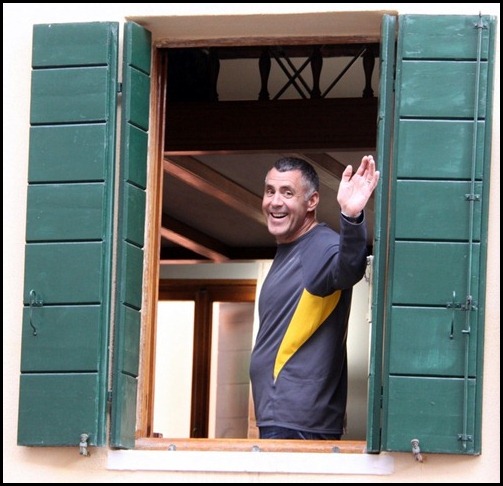 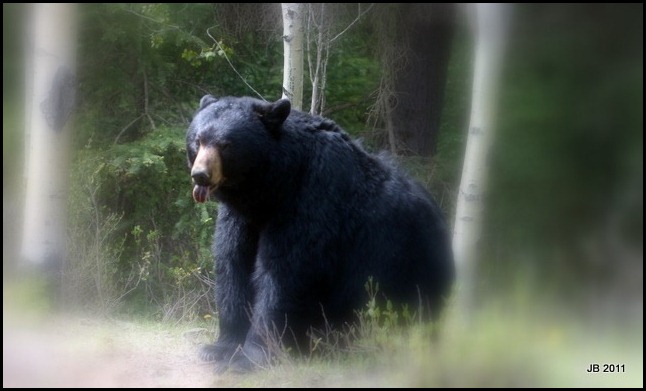 I have always believed that life is all about making memories and Brent certainly made more than his share.